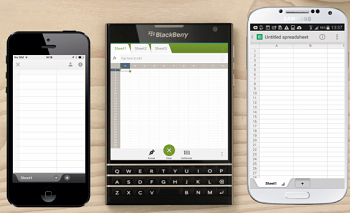 Somewhere along the line, BlackBerry missed the bus. Everything was great for the Canadian company, until consumers moved away from big physical keyboards on their phone. Since the disastrous launch of BlackBerry 10 last year, the company keeps bailing water to stay afloat. Its latest attempt at relevance is [a href=http://blogs.blackberry.com/2014/07/passport-design/]the Passport[/a], whose square design is bound to cock a few eyebrows.

Unlike the traditional long, rectangular shape, the Passport is a 4.5" square. According to BlackBerry, the wider shape allows it to fit a more optimal number of characters on a line. While most current phones can fit 40, the Passport will fit 60. As BlackBerry puts it, "the Passport is like the IMAX of productivity".

The device is perfect for architects, writers, and anyone in finance, according to BlackBerry. The Passport is also HIPAA compliant, so it can legally handle medical records. It's clear that BlackBerry's pitching this to businesses, traditionally its best customer.

You might notice that the small physical keyboard at the bottom doesn't have a shift key. This, along with a few other keys, was replaced with a swipe gesture, so "when you are looking to type stories or notes, your virtual keyboard doesn't cover most of your screen." It's an interesting idea, but I'd still like to see how this is supposed to fit in a pocket.

Let's build a phone that ignores the shape of the hand and how phones are comfortable being held when they're actually used as phones. Sure. Nothing can go wrong with that.

Sorry Blackberry, but professionals who want something small and portable for productivity are probably using their tablets for the exact type of functionality you're aiming this at. That or they just use a fucking laptop.

That phone looks awful and extremely uncomfortable to use. This thing will probably die a slow, quiet death after they sell just enough to keep the company afloat so they can put out another flop that repeats the same process. *Sigh* Oh, how the mighty have fallen. 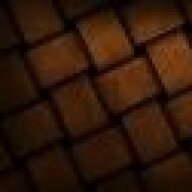 I must say, I'm a BlackBerry user and owner at heart and the new Passport doesn't look like a phone I would want to get myself or upgrade, personally. I do think however, the design of the BlackBerry will have it's benefits to a lot of users, new and old- for varies different reasons. It's big, screen looks nice, it's easy to read (I'm assuming), so I gather BlackBerry's way of selling it to potential buyers I would be very interested to see how the numbers will look like.
J

Looks kinda neat to me. The smartphone market could use more variety, there's so many phones but so little variance among them other than minor points of quality.

I'm quite satisfied with my Sony Xperia Z2 right now though. A very swanky phone indeed.