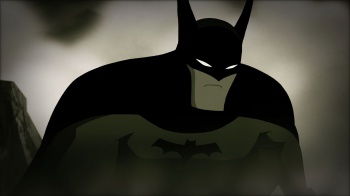 Batman: The Animated Series' Bruce Timm has created a new tale of the Dark Knight confronting the villainous Hugo Strange.

Bruce Timm is bit of a legend among superhero cartoon fans, having co-created Batman: The Animated Series in 1992 and expanding the setting <a href=http://en.wikipedia.org/wiki/DC_animated_universe>into an entire fictional universe. Timm went on to produce several DC animated films before stepping down as WB Animation's lead producer, but now he's dipping his toes in once again with a new Batman short. The short will air alongside an upcoming episode of Teen Titans Go!, following Batman as he tracks a giant to the lair of Dr. Hugo Strange.

Timm has always had a knack for representing Batman within animation, helping create the version of the character <a href=http://www.escapistmagazine.com/news/view/124151-It-Looks-Like-Kevin-Conroy-Will-Be-Batman-After-All>that Kevin Conroy continues to voice even today. Based on released images, the new short attempts to recapture some of that glory, even if just for a few short minutes. The setting appears to take Batman away from Gotham's familiar city streets to Strange's remote compound, where he'll fight a giant, rescue a damsel, and aim a massive tear gas gun at something just off-screen.

The Batman short and Teen Titans Go! episode will debut on April 9th. <a href=http://www.imdb.com/name/nm0863622/?ref_=nv_sr_1>According to IMDB, Timm also helped write the upcoming Batman: Arkham Knight video game for Rocksteady Studios. As for what Timm has planned next, we'll have to wait and see. But if I had to guess, I'd say it might involve Batman.

the giant looks like Solomon Grundy wearing Scarecrow's getup from The New Batman Adventures. And Strange and Bats look like they jumped right out of the DCAU. I'm liking this already.

Soviet Heavy said:
the giant looks like Solomon Grundy wearing Scarecrow's getup from The New Batman Adventures. And Strange and Bats look like they jumped right out of the DCAU. I'm liking this already.
Click to expand...

It looks like this is based off of the Hugo Strange story from Batman #1. With the giant monster, machine guns on the Batgyro and art style.

Knock Knock
Who's There?
"Beek"
Beek who?
BeCAUSE I'M BATMAN!!

This is great news. Timm is one of my favorites. Been following him since B:TAS, and his online galleries are a constant source of inspiration.

I never expected this

I read "Bruce Timm's Latest Batman Animated" and almost had a heart attack with the thought of Bruce Timm making a new Batman series. Too bad that's not the case.

Still, this looks very good. I look forward to watching it.
D

Is that third picture Batman using a giant gun?

Bruce Timm.. best Batman cartoon artist/Character designer/producer ever.. can't wait top see the new short.. even if i have to sit through the crappy teen titans go.. i can always mute it till it goes off and the Batman The Animated Series short comes on I guess.. now that I think about it it's funny( in sad way) A horrible cartoon like Teen titans go is airing just before a cartoon set within the amazing DC Animated Universe ( aka the TimmVerse) continuity.. at least the creators of Teen Titans Go can see how a good cartoon is suppose to look.. although if they looked at the amazing Teen Titans cartoon and came up with the horrible Teen Titans Go cartoon.. i'm guessing this won't help any either. 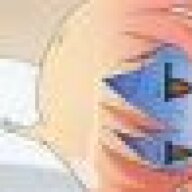 I somehow read 'short' as 'series' and now I'm a sad panda.

Although it wasn't terrible, I'm not a big fan of "Beware the Batman" (too many reasons I can't be bothered to list) and it seems to have been cancelled(?) so I guess it was just wishful thinking that there'd be a replacement.

Why a short anyway? It's better than nowt, I guess, but why not a TV-film?