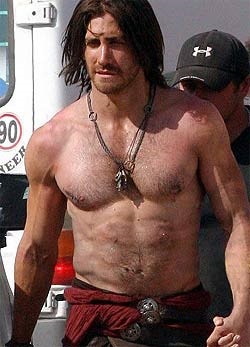 Excited about the Prince of Persia movie? Über-producer Jerry Bruckheimer will be sneaking the debut of the official movie poster into a very unlikely film.

According to Wikipedia [http://moviesblog.mtv.com/2009/01/25/jerry-bruckheimer-debuts-prince-of-persia-poster-within-his-own-film-confessions-of-a-shopoholic/#more-9086] gives us this plot summary:

A college grad named Rebecca Bloomwood (Isla Fisher) moves to Manhattan to nurture her shopping addiction and get involved in the New York magazine world. Though she is up to her neck in debt, Rebecca becomes a financial advice columnist and even manages to fall for a wealthy entrepreneur.
Click to expand...

The more I think about it, though, the more it makes sense. Series creator Jordan Mechner is on the record stating [http://moviesblog.mtv.com/2008/10/01/prince-of-persia-creator-says-film-will-give-pirates-treatment-to-arabian-nights-genre/] that Prince of Persia is going to do with the Arabian Nights genre what Pirates of the Caribbean did to, well, pirates. For all its swashbuckling action that appealed to guys, Pirates had Johnny Depp and Orlando Bloom to provide eye-candy for the ladies as well. The $3 billion worldwide earnings is proof enough that said formula works pretty damn well.

He might not be an authentic Persian prince, but Jake Gyllenhaal has more than his share of female fans. Perhaps showing off Gyllenhaal in full costume in Shopaholic - if only for a few moments - is Bruckheimer's attempt at replicating the formula that made Pirates such a mega-hit?

I don't think that we'll see many guys dragging their girlfriends to the theater to see Shopaholic this Valentine's Day, though. At least it'll give us another reason to sit through it. 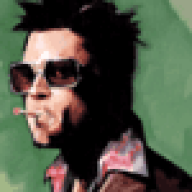 Hmm, it sounds like the kind of movie I'll enjoy, but I'm just hoping I'm not treated to too many shots of naked sweaty Jake G the entire way through, fun as that would be.

I'm sorry, but he's not quite chick-flick material...
The men are usually chest-shaven. And either that image is low resolution, or he definitely has ab fuzz.

CantFaketheFunk said:
At least it'll give us another reason to sit through it.
Click to expand...