Capcom Vs SNK 2 Should Reach The PS3 In April

Capcom Vs SNK 2 Should Reach The PS3 In April 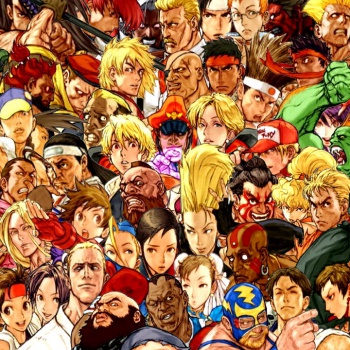 Capcom has almost completed work on bringing its PlayStation 2 incarnation of Capcom Vs SNK 2 to the PlayStation 3.

In our modern console generation, Capcom has made beaucoup bucks by reviving its older fighting game franchises for newer hardware. The recent Darkstalkers Resurrection is a perfect example of this. Thus, when fans asked the company en masse to revive Capcom Vs SNK 2 the company responded with, "Don't worry, we're already on it."

Unfortunately, that was months ago and we've heard little on the project since that time. Yesterday though, a curious fan decided to ask Capcom's senior vice president Christian Svensson about the project's status and was met with an unexpectedly candid response. "Current schedule for the release of the PS2 game is the end of April... mind you, if Sony chooses, that could move (it is later than I had originally anticipated already)," Svensson stated on the official Capcom Unity message board.

Exciting news, right? Absolutely. Capcom Vs SNK 2 is one of the best crossover fighters Capcom ever created, yet it hasn't been readily available for purchase since the previous console generation. Those willing to track down a used copy of the game (in either its PlayStation 2, Xbox or GameCube incarnations) will quickly find that the few people willing to sell their extant copies of the title usually jack up the price to unreasonable levels -- a problem that's exponentially worse if you hope to buy a copy in its original packaging. Fortunately, the upcoming PlayStation 3 release should feature a sub-$20 price tag, and as a digital release there will be no hard limit on how many copies of the title can be distributed to prospective players.

Unfortunately, it should be noted that unlike many of Capcom's other revivification efforts, the PlayStation 3's Capcom Vs SNK 2 won't feature any new additions. Instead it's a simple port of the PlayStation 2 game as part of Sony's "PlayStation 2 Classics" line of PlayStation Network downloadable titles. Still, this iteration of the game was quite excellent and featured a large swath of extra content not found in its initial arcade release. There likely won't be any online multiplayer options, but at least now interested players will be able to pick up a copy on the cheap.

Expect more word on this release as soon as Capcom receives an official release date from Sony. Hopefully that comes sooner, rather than later.

Who dafuq is SNK?
OH! King of Fighters! They are going to lose a LOT of sales without the online multiplayer. 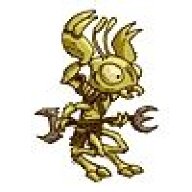 I modded my two Mad Catz tourny sticks to work on both XBox and PS3 just for games like this! This makes me happy!

This is one of my top 3 all-time favorite fighting games EVER.

I absolutely loved this game back then, it's a shame it will be a PS3 exclusive... Yet another reason to buy one.

DVS BSTrD said:
Who dafuq is SNK?
OH! King of Fighters! They are going to lose a LOT of sales without the online multiplayer.
Click to expand...

They're a lot more than just King of Fighters. Samurai Spirits (Showdown), The Last Blade, Metal Slug, Art of Fighting, Garou (Fatal Fury), World Heroes, and many other small mostly Arcade based games. Their only big name franchise anymore is King of Fighters, which is where many of their other characters can live on.

I'm also pretty sure they'll update it for online multiplayer. If I remember correctly, Third Strike and MvC2 did and if Capcom wants to make the amount of money they could on this, they'll put online multiplayer in.
T

Hmmm, well given the apparently lack of compadibility between the PS3 and upcoming PS4, even when it comes to digital titles, I can't say I'm especially excited. It seems like they are releasing a bunch of heavily demanded things like this in the 11th hour to get sales before the next generation since the fanbases aren't likely to think it through too much and realize that the platform will pretty much be obselete in a few months, with Capcom doubtlessly planning on immediatly trying to sell a PS4 version.

My advice is to let it go. As much as I like some of these 11th hour PS3 releases (Deadly Premonition: Director's Cut is even more tempting to me), it's probably wiser to start thinking forward to the next generation, and unless they are promising free access to a new version on the new system... it's probably better to save the money towards your soon to be nessicary next-gen library.

id buy a ps3 for this, though if they ever say that the ps store will fully crossover with all of its games to the ps 4, than consider that bought

I'm not much of a fighting games fan but this and Marvel vs Capcom 2 were exceptions. I'm definitely going to get this! 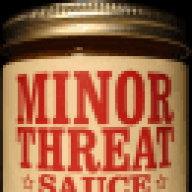 OH SH-! Finally, my absolute favorite fighting game gets ported. Shame about the lack of online multiplayer, but hot damn am I happy for this!!