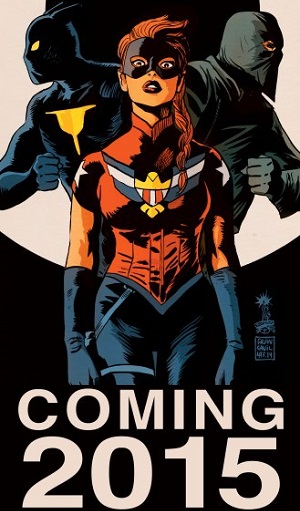 Dark Circle Comics will be launching The Fox, The Black Hood and The Shield in 2015.

Comic readers may recall earlier in July when Archie Comics announced it would be re-launching its Red Circle Comics superhero line under the new name Dark Circle Comics. Aimed at delivering fresh action books, it's the publisher's hope that the new brand will be able draw in readers looking for fresh series "telling stories about flawed characters from a range of genres, including crime, superhero adventure and off-the-wall action." Now Archie and Dark Circle have given readers their first look at what exactly this will mean.

In an announcement yesterday, Dark Circle Comics revealed the names and creative teams of its first three titles. Among the unveiled titles were The Black Hood, The Fox and The Shield. The Black Hood will be a "gritty, noir crime thriller" written by Duane Swierczynski and featuring art from Michael Gaydos. The Fox, in turn, will be written by Mark Waid and Dean Haspiel with Jose Villarrubia providing art and will follow the efforts of its titular hero to battle crime in Impact City. The Fox, of course, originated in the 1940s and, most recently, was the subject of a 2013 mini-series by Waid and published by Archie. Finally, The Shield will be helmed by writers Adam Christopher and Chuck Wendig with artist David Williams. The book will "feature a new and different incarnation of the classic character" in "superhero action adventure" stories.

All three books are currently slated to released in 2015 and while it's too early to tell for certain, we'll go out on a limb and say that these could be pretty decent. Just personally, I'm a sucker for "gritty, noir crime thriller" and while I haven't read the 2013 Fox mini-series, I tend to like Mark Waid's work and would happily give him a try on another series. What do you think? Does Dark Circle's opening salvo look like a winner to you? Or is the new line misfiring with its first shots?

I hate the whole noir crime genre so The Black Hood is a dud for me. The Fox looks pretty terrible too-- like a sillier, softer Batman.

I'll take a look at The Shield though. At least her appearance is promising.

I recon it'll be like regular comics? Not interested at all. I wish more comic writers would be storytellers. Like, tell a story and be done with it. All this weekly garbage is uninteresting because there is usually never any development in any way or form.

Feel free to recommend me some.

We got Batman, a Ninja and a female Captain America! That said, what concept is original these days, especially when it comes to superheroes.

they'd need at least the better part of 70 years to be like "mainstream superhero" comics...weather or not there's a bunch of continuity BS I guess would depend on how they handle it...but by default I assume things would be...more straight forward

anyway its not the writers but the structure, DC and Marvel comics are created in house...were I writer I couldn't just go "I gave batman an ending" that would be ludicrous

OT: it feels to me if your gonna have an alternate source of comics then its a good way to get more genres/interesting ideas....I mean yeah you've got Powers, The boys, irredeemable, bedlam ect but they are at least subversive to some degree


Laggyteabag said:
We got Batman, a Ninja and a female Captain America! That said, what concept is original these days, especially when it comes to superheroes.
Click to expand...

when it comes to super heros its been done

whatever you come up with will be derivative of something else..unless

Whats with that look on the Shield's face? Either she's got some severe PTSD flashbacks going or her brain has gone on a short break 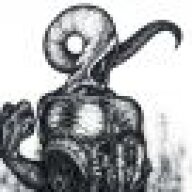 Pallindromemordnillap said:
Whats with that look on the Shield's face? Either she's got some severe PTSD flashbacks going or her brain has gone on a short break
Click to expand...

OT: New blood into the comics market isn't a bad thing under any circumstance. I can't really back that up with evidence...

But really new characters are kind of nice and I could see myself at least taking a look. Maybe it could bring new talent into the comics game and that could lead to new interesting stories/characters. I'm going into this as skeptical as I go into anything because I withhold all judgement of media until I've experienced it first hand. They could all be worse than ASBaR for all I know.

whatever you come up with will be derivative of something else..unless

I don't think this has to be true. Fantasy wasn't finished with the Iliad and the Odyssey, or with Lord of the Rings, or even with Game of Thrones or Berserk. You just need more men like Alan Moore working in the industry. He tore the structure down, and now people can build it from the ground up. Of course, there is no one like Moore working in the industry anymore, as they've been run off by the fanboys and Hollywood. Still, the potential is still there. Keep in mind that the Japanese take on superheroes led to devilman, which isn't even recognizable as a super hero story. It's a weird cultish take on the genre more in line with Neil Gaimans Sandman series. All we need is creativity.

That said, I'm sick to death of superheroes, which has become American comics bread and butter. I would like to see something new done.

Pallindromemordnillap said:
Whats with that look on the Shield's face? Either she's got some severe PTSD flashbacks going or her brain has gone on a short break
Click to expand...

I've seen that face before, that's the face of a woman who just realised "I forgot to turn the shower fan off, and now it's been running all day long in my bathroom."