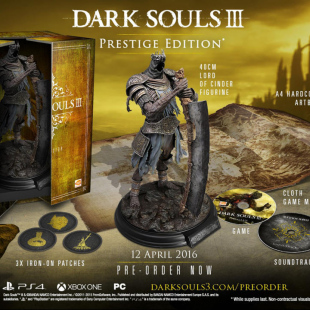 I'm going to go ahead and confess that I haven't beaten <a href=http://www.escapistmagazine.com/tag/view/dark%20souls?os=dark+souls>Dark Souls. It's not for lack of trying, mind you. I adored Demon's Souls and happily took on Dark Souls after its release. That said, no matter how much I practice and how hard I try, it just keeps kicking my ass. I'll play and start feeling good about my progress and then hit some point where the game trounces me and I have to take some time off before I start throwing my controller. This has been going on for four years!

My seeming inability to beat the game (someday...) hasn't stopped me from being interested in the franchise though, and in the years following the first game's release, I've watched with eager eyes as other players dove into its sequel and then Bloodborne this past year.

That being the case, you can perhaps understand why I was excited to learn about some recently leaked release details <a href=http://www.escapistmagazine.com/articles/view/video-games/previews/14409-Dark-Souls-3-Hands-On-Preview>for Dark Souls III. According to information leaked by an online retailer, the series' latest entry will be released on April 12th, <a href=http://www.escapistmagazine.com/articles/view/video-games/conferences/e3-2015/14089-Dark-Souls-3-Released-By-From-Software-And-Namco-Bandai-In-2016#&gid=gallery_4271&pid=1>2016. In addition to its standard release, fans will also have the option of purchasing Collector and Prestige editions filled with extra goodies. The Collector Edition will come with a 25-centimeter red knight figurine, a hardcover art book, cloth map, iron-on patches, soundtrack, a metal case and a fancy collector's box. The Prestige Edition, meanwhile, will include all of the Collector's content but will replace the red knight figurine with a 40-centimeter Lord of Cinder figure. It will also come with its own unique collectible box.

Perhaps the biggest difference between the two versions will be the price. According to the prices listed by the online retailer, the Collector Edition will cost 499 AED ($136) while the Prestige game will cost nearly triple that amount with a price tag of 1,799 AED ($490). It should be noted that the retailer this information came from, Geekay Games, is based in the Middle East and that North American and European prices may differ.
[gallery=5017]
The big question this info raises, of course, is which edition you plan to buy. Just speaking personally, while I have a soft spot for fancy figurines like those included in the Collector and Prestige editions, I would be hard-pressed to justify spending this kind of money. Then again, I'm still limping my way through Dark Souls I. I might not be the sort of fan these are targeting.

Eye-catching. Unnecessary. It will please the hardcore and those that like to stroke things in eerie ways. You may benefit to know Dark Souls 2 is a little kinder to scrubs non-veterans and the odd wiki skim never hurts. Plus Yahtzee is drowning out that game currently. Handy for a little direction.

O fuk. 5 days before my birthday. The one I buy will still be determined by the price but at the moment £300 for a statue is a little steep. Plus I have nowhere to put that thing, so the Red Knight will do.

Hmm, might get the collectors edition. Really liked dark souls. The statue is neat but ehh, if they have another version with the art book I would probably just get that.

Gyyyaaaaa, I make it a point not to preorder anything but this is testing me to the limit already... Curse you dark souls! If only I could be so grossly incandescent!

Yah if there is even a close match to the AUD version, it will be collectors for me. i'd love the lord of cinder statue, but not for $500ish. Red eye night will do just fine.
S

I actually think the Red Knight statue looks better than the Lord of Cinder, so I'll be picking that one up. I have the Dark Souls II Collector's Edition, so this new map will look great next to my old one.

On a side note, if you have Dark Souls on PS3, I will be happy to give you a hand at points. You'd just need to tell me what level your character is and where you are, and then I'll come running to help. 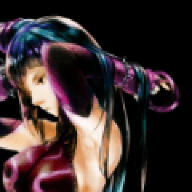 Having recently spent the last month or so beating Dark Souls (PtDE) and Dark Souls 2 (SotFS) I have at least, 3 or 4 different memes I immediately wanna say in response to your valiant struggles with the game. But I will refrain (for now).

To be on topic: I like the Collector's Edition statue just a bit more, I think. A bit more dynamic in pose, and I like the artistic design of the actual character more as well.

Those are pretty pricey, but they basically threw in everything but the kitchen sink. I'm at the same place as the OP: haven't beaten the first one (although I've only had it since the steam summer sale and I've only put a little time into it).

If they really wanted to do a good box for those, they should have made it look like a chest and then have it bite your fingers off when you opened it. You know, go for the authentic experience.