Darklands drops players into a fantasy tinged version of medieval Germany where devils are real and power can be found in prayer just as much as it is in arms. Complex and huge almost to the point of being overwhelming, it's an exemplar of what makes old CRPGs worth playing.

I've been eyeing this one up for a while, I just have so much from GOG that I've bought and not played already. It sounds like everything I'd want in a CRPG and I wanna give it the attention it deserves.

I really like the artstyle and general presentation too.

This is yet ANOTHER classic game I wished would get a remake with some HD graphics and cleaning up.
>> 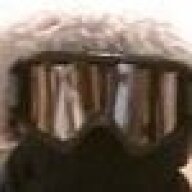 Tanis said:
This is yet ANOTHER classic game I wished would get a remake with some HD graphics and cleaning up.
>>
Click to expand...

This looks sooo good and really seems like the type of game I could sink my teeth into. I love RPGs with incredible depth to them, and this looks like one I could toss a stone into and never hear it hit the bottom.

... But I gotta say, these older games... well, they intimidate me. I suppose you could say I've lived in an era of accessibility in games for so long. Like, I've always wanted to play Planescape Torment, but knew it was something I would have to devote real time and effort into. You know, not something I can just pop in after a day of work, but rather something I had to study up on and make multiple failed tries at before I could feel familiar with the system.