They were hinting his return for awhile with that recent story arc with his brothers, how is anyone surprised by this?

Maul was the single best thing about Episode 1 or any of the prequels so I gladly accept this.

My God, Lucas is here to join in!
Click to expand...

Now seriously, why do people bother so much with Jar Jar, and forget about Mace Windu?
Click to expand...

Because Mace Windu is Samuel L Jackson and thus more awesome than 99% of everything that is in existence.

TimeLord said:
Forgive my denseness but when does it say that the force can't flow through robots.
Click to expand...

Ah, but that explains things post-original trilogy. In the original films, the force could be flow through metal/robotics with no evidence to the contrary. Therefore, I have determined that the prequels ruined everything and that Lucas is senile...

Wait... I think I read that in a previous post somewhere.... 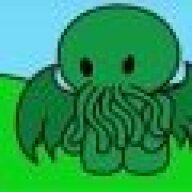 Gatx said:
Darth Maul, like Boba Fett, is one of those "fan favorite" characters that everyone just loves so much because of how "badass" he was and clamored for more of, so if it's anyone's fault it's the fans' fault for wanting it so much.
Click to expand...

Ugh. That is something I will never understand. Why does everyone love Darth Maul and Boba Fett so much?

Boba Fett captured Han Solo (with the help of Lando none the less) and then was sent into a pit. He did nothing else to show his badassness aside from wearing a visor and a rocket pack.

Darth Maul is the biggest toolbox in the world. He used a dual light saber (whoop-de-do) and killed Quigon (most likely misspelled, I don't really care...) and then got cut in half.

Yet, everyone LOVES him.

Hell, at this rate I want a buddy comedy spin off with the hairy guy from the bar and his pig-nosed friend. Why not?

100 times yes! Remake episodes 4-6 with Jar Jar as the protagonist! 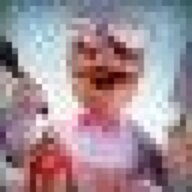 LJJ1991 said:
In other words, they're running out of ideas.
Click to expand...

Ahahahaha oh no my good sir. Sir Lucas has many, many ideas to plunk into star wars!

Its just that most (all) of them are shit.

I thought Grievous was pretty awesome in the original Clone Wars animated shorts, and Labyrinth of Evil(is that novel even in continuity anymore?). Then Lucas made him ridiculously pathetic in Revenge of The Sith.

Except I believe that story is not considered canon.
Click to expand...

It's hard to tell what is, and isn't canon in the Star Wars universe. Lucas seems to be constantly adding and removing things on a whim. 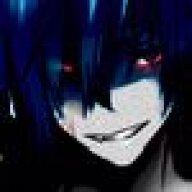 They explained that he lived through being in a coma ages ago. It's really nothing to be surprised about, its just using whats there. 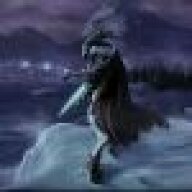 I stopped having any faith in Lucas whatsoever with the addition of the "NOOO" moment in Episode 6. Honestly anything that happens in the Star Wars universe now that is incredibly non-sensical I just ignore, because that's the only way to keep on enjoying the product at all.

IIRC there's one sith before Maul who was cut in half and used the force to float around on a plate (or it could be an antigrav chair like Yoda's).

It's not like anything important got cut off, except if he wanted kids. 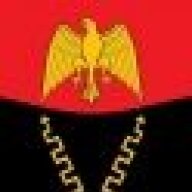 Mid-Boss said:
Wasn't Anakan resurrected into Darth Vader after falling into lava? And I'm pretty sure Obi Wan was DEAD for two of the three movies he appeared in. Star Wars has an established history of bringing back "dead" characters.
Click to expand...

Then he should bring back Chewy or Anakin Solo...
To be honest I hope all his tampering tarnishes the current franchise so that after his death it can all be rebooted. By people who wanted more phantom-y menace out of episode one, and a true death of democracy arc through out the first three. I could go on a rant about how I would remake them, but this is not the venue for it. Don't watch the cartoon now, and I will not be seeking it on dvd.

I have no idea how relevant this is but Lucas is actually serving on a jury in Marin county (the place just North of the Golden Gate Bridge) like right now.

OT: Why the fuck not? Let's add some mystical cult voodoo shit to reanimate him; I think that'd be awesome. Lucas's butchery of his own claim-to-fame is becoming more entertaining then his actual claim-to-fame. 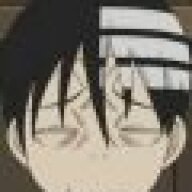 I mean everybody know Lucas is just trying to kill star wars and make a few bucks, but why doesn't he just do something REALLY drastic like make a pre-prequel (no I am not asking for this)

Guys at this point star wars is just like any other religion; pick and choose the bits you like and ignore the rest

Twilight_guy said:
Yeah because Darth Vader is so much realistic and believable since his wounds are obviously survivable.

I think the real question here is why the fuck you care. Obviously you hate the new stuff and don't watch it, and if you do then there's your problem right there, your obsessed. If you don't watch it then why should you care?
Click to expand...

This. If you don't like it. Don't watch it. If the man wants to spend money to do ridiculous crap on television, that's is problem. 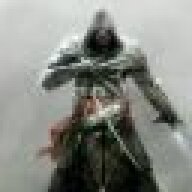 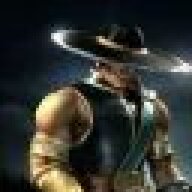 Darth Maul is quite beastly, another great move from Mr. Lucas.. Yea I said it, I see everything he's done with Star Wars as F'n gold ( Aside from the romance stuff in the prequels ) can't wait for it.

Mid-Boss said:
Wasn't Anakan resurrected into Darth Vader after falling into lava? And I'm pretty sure Obi Wan was DEAD for two of the three movies he appeared in. Star Wars has an established history of bringing back "dead" characters.
Click to expand...