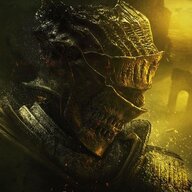 hanselthecaretaker said:
Booo to all of you! John Lithgow as the Trinity Killer was terrific (first role that made me respect him as an actor) and so was the season with Julia Stiles; probably the last great season before it went to shit, so it deserves a chance at some redemption.

Could never get into made-for-basic-cable Hannibal without Antony Hopkins either. Madsen has a distinct enough look but is still too much of a pretty boy for such a role.
Click to expand...

I have to revise my opinion on Hannibal after watching all three seasons. They sure pushed the envelope for a cable series. In addition to how explicit the violence and gore often were, all the leads did a fine job making you feel whatever it was they were trying to evoke from the audience. It did get a little annoying with how elusive Hannibal was and the passive aggressive bromance with Will, and how much everyone took advantage of him. The Dragon was effectively creepy, and I loved the final episodes involving Chilton. Of course there was a cliff hanger kind of ending even though it’d be a stretch if either Will or Hannibal survived. There’s been talks of a fourth season.