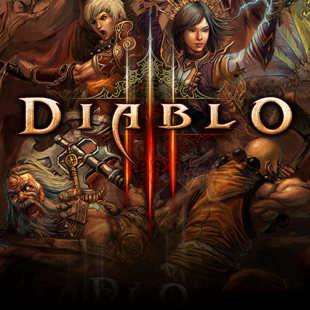 PS3 and Xbox 360 versions of Diablo III will be landing in stores on September 3rd.

Xbox 360 gamers eager to put on their looting shoes can do a bit of celebrating today. It has now been revealed that console version of Diablo III, which had previously only been <a href=www.google.com/url?sa=t&rct=j&q=&esrc=s&source=web&cd=2&ved=0CDkQFjAB&url=http%3A%2F%2Fkotaku.com%2F5985800%2Fdiablo-3-is-coming-to-ps3-and-ps4&ei=AqewUa_XN5er4AO50IHIDQ&usg=AFQjCNHVgmyGl3TjgAI2xwvHFzAzOVBIwQ&sig2=vKUWLlPg0309_BQ05s1atA&bvm=bv.47534661,d.dmg>announced for PS3 and PS4, has now been confirmed for Xbox 360. Likewise, Blizzard has also revealed a release date for the console versions. Both the PS3 and Xbox 360 games will be releasing on September 3rd.

Like the PS3 version, the Xbox 360 game will allow players to tackle dungeons alone or with friends connected to Xbox Live. The 360 version, like the PS3 game, will also feature a control scheme specially tailored to consoles which Blizzard believes will help make the experience equivalent to the original PC game. "Playing Diablo III on a big screen with your friends brings a whole new level of intensity to the game, and with all of the control and interface adaptations we've made, it's extremely fun to play on PS3 and Xbox 360," said Mike Morhaime, cofounder and CEO of Blizzard Entertainment. "We're also including major content and design updates we've made to the PC version over the past year, so players can expect an epic Diablo gaming experience when the PS3&#153; and Xbox 360 versions launch in September."

Players hoping to ensure themselves a console copy of Diablo III should now find both the PS3 and Xbox 360 versions available for pre-order at select retailers. As was announced <a href=http://www.escapistmagazine.com/news/view/123603-Blizzard-Opens-Pre-Orders-For-Diablo-III-PS3>for the PS3, gamers pre-ordering the Xbox 360 game will find themselves privy to the Infernal Helm, a bonus piece of gear which boosts experience points collected in battle.

Any word on whether or not the console ports will have the bloody auction house thing?

Might want to mention in the article that it has local co-op as well. That's pretty huge for some people (myself included).

Well I'll definitely consider picking this up, especially since it has local co-op. Not enough games have that these days, even on console.

Good to hear the real money auction house idea isn't there either as I hear that's what caused a fair amount of problems with the PC version.

Grouchy Imp said:
Any word on whether or not the console ports will have the bloody auction house thing?
Click to expand...

They wont have a real money auction house as they have admitted it was a massive mistake on the PC version that they wont be carrying over to the console.
Click to expand...

Well you certainly seem to be a font of knowledge on the subject. Is there going to be a game-money AH or are they doing away with the AH all together?

OT: God, I haven't played a Blizzard game in YEARS, but I really enjoyed playing the original Diablo for the Play Station. If this turns out to be like that then I might end up getting it. At least - from what the other comments have said - it seems as though they've taken out all the crap that made the PC launch such a shitstorm. As a fan of Castlevania HD, I enjoy a good bit of loot grinding. :3

Fappy said:
Might want to mention in the article that it has local co-op as well. That's pretty huge for some people (myself included).
Click to expand...

Local co-op and I've also heard you don't need to be online to play it. That makes it seem like the console versions will be the better options!

I'm a bit disappointed that a Wii U version wasn't announced but since this game seems to have gone multiplatform maybe others (like Heart of the Swarm) might also be put onto consoles.

It makes me wonder how people are supposed to deal with hectic situations (IE Act boss + minions) with a controller..

Guess I can't blame Blizzard, but still. Diablo III as a PS4 exclusive is a game that could have enticed people to go out and pick up a console. If it's already out for the HD twins, what incentive is there to buy it on PS4?

It's like Sony releasing GTA6 as a PS3 exclusive right before the PS4's launch. These things steal thunder, they do not bring it. They should be doing every last thing they can to make people want to buy a PS4, not giving people reasons to hold on to their current consoles a little longer. Marketing 101.
Click to expand...

My guess is that they knew they couldn't justify Diablo 3 NOT being on PS3. I mean, come on, Blizzard designed the game to be playable on a wide variety of system specs. Diablo 3's not going to push either HD console to their limit, so I can't see the experience being any different on the PS4. 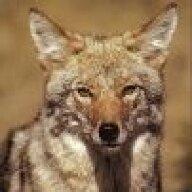 Now if only they could make it so PC players could play alongside console players....

Hopefully it will work as well as Champions of Norrath and Baldurs Gate Dark Alliance. Both extremely fun games solo and co-op. If they have same-screen co-op this might be the killer app that gets me to buy a current gen console.
A

Shadowsetzer said:
Now if only they could make it so PC players could play alongside console players....
Click to expand...

It would be a great feature - grants a larger pool of randoms to play with, and the ability to play with friends regardless of their platform of choice. I'm assuming that PS3 players won't be able to play with those on the 360 (as with other multiplayer games that exist on both platforms)? Happy to be proven wrong if there's any info out there that says otherwise... 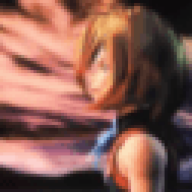 Still waiting for the PC version to get the same treatment and dispose of the Real Money Auction House and the Always On. Otherwise, I feel happy not having it installed in my computer.

Glad they were doing this instead of an expansion or something that fixed the PC version. Or got rid of that horrific auction house.

It seems that what the article is saying is that up to four people can play on the same console, with everyone on the screen at once. So when people split apart, the camera zooms out, correct? That's what this Kotaku interview states:

"You can also play co-op with four people in your living room. No split screen, though?'The last thing we want to do is make your nice big TV into four smaller TVs,' says Berger."

Damn, not to sound ungrateful,but I was hoping for some system link/LAN D3 action on PS3.


Gray Firion said:
Still waiting for the PC version to get the same treatment and dispose of the Real Money Auction House and the Always On. Otherwise, I feel happy not having it installed in my computer.
Click to expand...

From the same article I referenced above:

"It's one of those difficult decisions we had to make," said Mosqueira. "Right now there's no plans. Some of the reasoning behind it is, the PC and console ecosystems are very different."

Yay. I finally get to play this game. I am legitimately excited about this. I could not get the thing to work on my computer and I love the Diablo lore. I'm glad it's coming out sooner than I expected.

rembrandtqeinstein said:
Hopefully it will work as well as Champions of Norrath and Baldurs Gate Dark Alliance. Both extremely fun games solo and co-op. If they have same-screen co-op this might be the killer app that gets me to buy a current gen console.
Click to expand...