fix-the-spade said:
as in a small donation equated to a big tax break
Click to expand...

It wasn't all arts. Germany gave filmmakers a 100% return until the movie made profit. It was instituted to give the home industry a fighting chance when hollywood started to become a global force.

The guy just has no idea, does he? Does he genuinely think his shoddy movies, made solely so he could make a quick buck, are some kind of auteur masterpieces that we're all fools, blind fools, not fund for him? Dude needs a reality check, since he clearly hasn't gotten any real cheques in a long while
M

It's moments like these that can restore faith in humanity.

Mr. Boll clearly got the kind of sunburn that never really goes away.

Little known fact; he only pumped out that much trash because he was abusing German tax law, making shit tons on each flop!

Maybe now he will get a clue that to really bring out any reputation he has established for himself, he will need charisma. One can be the most talented director in the world - piss off enough people, or make people so indifferent to your project(s), and all of that will reflect back at him at release-time.

Hell; there are people on Kickstarter that meet their goals for inane projects like making their first bowl of potato salad. Want to know why? Because these people have charisma, and know how to sell themselves.

In the case of Uwe Boll, he failed to sell himself properly, and still has not figured out as to what he is doing wrong.
E

Ah, there's something about seeing twats have their bullshit dreams fall down around them that's so...satisfying.

Whenever I see Uwe Boll mentioned, I can't help but think of this comic: http://collectedcurios.com/sequentialart.php?s=637

OT: What a turd

Get the popcorn out tent! Awwww~ yeah!

On the side of Uwe, there is one kind of screwed up thing that stands out. The people coming out and saying, "I will fund you for %10." That's not really what kickstarter's about, and I can understand venting one's frustrations about that.

On the other hand though, Kickstarter requires you have a good idea. and it strongly helps to have a name people also can trust. Uwe has neither. So, C'mon here, are we surprised this tanked?

Edit: HAA! The captcha let me describe Coors as "rat pee" I am soooo~ Pleased!
R

If this website had signatures, I would steal that and make it mine. Pure gold.

In any case, this is sad, not because Uwe Boll is going to stop making movies (that makes me happy) but because it shakes my humanity a little bit every time an adult who has enjoyed some success acts like a 2 year old who threw his candy in the grass and realizes that he isn't going to get a new one.

This was a long time coming. Hopefully to add insult to injury he is forced to payback all the money he made because of the loophole he used for so many years. Force him to live as broken and penniless.
S

Subsidy abuse, huh? So... "Bialystock and Boll"? (might actually pay to see that movie :9)

This is glorious! It's amazing that someone can be so deluded. He honestly thinks that he's a genius filmmaker.

I swear, Uwe Boll and David Cage need to be villains in a Super Best Friends Play RPG, with the Zaibatsu trying to stop the ultimate team-up in shitty, video game based media.

Capta: Folsom prison. Maybe that can be a level.
L

The Almighty Aardvark said:
Whenever I see Uwe Boll mentioned, I can't help but think of this comic: http://collectedcurios.com/sequentialart.php?s=637

http://www.the-whiteboard.com/autowb645.html Pops in my head.

piscian said:
OP is incorrect, technically it starts out making you think it's a revenge flick
Click to expand...

Also, Canape's avatar is Chie Satonaka from the Persona series, which was really why I felt compelled to comment. 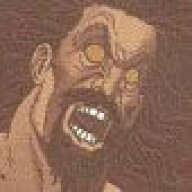 Before I watch this, let me guess: Germany closed the tax loophole which allowed him to game the system and use his shitty movies as a money laundering scheme for foreign investors, he tried getting a movie funded on KickStarter, everyone told him to go fuck himself, and now he's being a salty ***** about it?
A

Praise Jim! He is sensible! AHAHAHAHAHAHAHAHA! Screw us, Uwe Boll? Well, if that's the way you feel then: https://www.youtube.com/watch?v=P155qPVaPMA

Xsjadoblayde said:
*Spurts out tea*
Critically acclaimed? ...rampage? I seriously missed that punchline. Heart of America was sort of good. That is about all I remember being able to tolerate of his work. What a waste of tea.
Click to expand...

well, Rampage is widely considered to be his best, and to be a legitimately good film
so I'd say it counts for "critically acclaimed", even if that term sounds way more grand than it actually is
Click to expand...

Yeah both Rampages are pretty good if you have the stomach for it. OP is incorrect, technically it starts out making you think it's a revenge flick, then about greed, but by the end of the second film its actually something much more interesting though at the end of the day you could still perceive it as revenge fantasy nonsense. Its up to the viewer and I think thats why critics are torn on it. Theres no hero and it doesn't spoon feed you. Also teh main actor is just awesome. Hes already getting parts in more legitimate studio movies now that Rampage has gained a following.

Basically Uwe bol is a guy took advantage of a german grant system to make easy money off people willing to shell money for movies with videogame names. It never really bothered me because I know how to read and didnt waste any money on seeing his films. Its not like he ruined some videogames dignity. I mean his worst offense was making some dumb adaptation of Alone in the Dark? and by that time the franchise was already dead and buried.

Then on the side hes been trying to make real movies and honestly his are a step up from quite a few jokes that have hit screens of late. I want a finale to Rampage but what uwe doesn't realize is his kickstarter sucks. The reward system totally sucks.

It's Chie Satonaka, from Persona 4, specifically one of the mangas because it is so fucking absurd what retarded, amateur idiots [are] collecting money on that absurd website.
Click to expand...

...And the irony that "retarded, amateur idiots" could pull off what he could not just really never penetrated, did it?

I credit the man with chutzpah, in as much as he's made a career out of hedging German tax laws and snagging some modestly high-caliber talent for his films during moments of weakness. But chutzpah only gets you so far, and the world of crowdfunding isn't like some tax-shelter loophole: you actually need a reputation and a promising pitch.
Show hidden low quality content
You must log in or register to reply here.
Share:
Facebook Twitter Reddit Pinterest Tumblr WhatsApp Email Link
Top Bottom