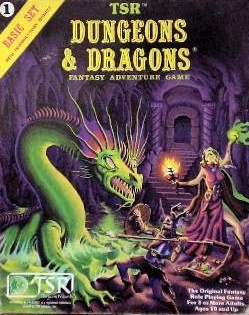 Scheduled for release in May 2008, the latest version of the game will feature simplified and faster game play, and will reduce the amount of pre-game "prep time" required. Bill Slavicsek, R&D Director of Roleplaying and Miniature Games at WotC, said, "Fourth Edition streamlines parts of the D&D game that are too complex while enhancing the overall play experience."

A major change in the fourth edition will be the addition of an online component, known as D&D Insider, which will offer community forums and web-based tools such as an online character generator, Dungeon Master tools and a "digital game table" which WotC says will let gamers "play 24/7 on the internet." The online services, including monthly magazine-style content, will be available for an as-yet undetermined monthly fee.

"At its heart, it's still a tabletop game experience," Slavicsek said. "However, D&D Insider makes it easier for players to create characters, run their games and interact with the rest of the D&D community."

In the lead-up to the official unveiling, Wizards of the Coast will be releasing two Fourth Edition "preview books" in December and January, titled Wizards Presents: Classes and Races, and Wizards Presents: Worlds and Monsters. Live demos of Dungeons & Dragons 4th Edition will premiere at the D&D Experience convention in February 2008.