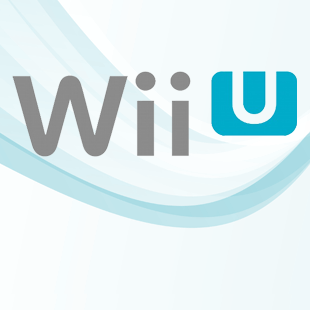 Nintendo's engineers said they are working on a way to transfer everything.

There seem to be more Nintendo press briefings than ever this year. Every time I check the internets, there's a Nintendo executive talking about all the stuff they've got planned for Wii U. Tonight in Los Angeles as part of E3, Nintendo held a press event called the Wii U Hardware Conference. 250 game professionals and journalists were there, but Nintendo didn't really give any more details on the Wii U than they did this afternoon. We don't know how much the Wii U will cost, or when we'll be able to buy one. We do know, however, that Nintendo is working on a system to make all of the games you've bought for the Virtual Console on the Wii transferable to the Wii U.

During the question and answer period, someone asked about whether save games from the Virtual Console could transfer. Katsuya Eguchi, the Nintendo designer on hand, said work had begun on way to transfer "everything you've bought."

Other than that, the briefing showed more of the inner workings behind the flagship game for Wii U Nintendoland. Minigames demonstrated included an archery game, a game called "Donkey Kong's Crash Course", and a Animal Crossing-type activity of players eating candy while others chased them. The main hub of Nintendoland is where all the social stuff comes in with Miis arriving from players all over the world.

Thankfully, Nintendo has some social engineering in place so these people can't ruin your experience. "I hate it when people go on message boards to complain about games they've never played," said Eguchi. So the MiiVerse message board system will let you know what games people actually own, and even has something in place to prevent spoilers.

Despite these little tidbits and some more footage of New Super Mario Bros. U, Nintendo is clearly trying to make it look like they have a lot to say, without saying anything. We couldn't even get confirmation whether Nintendoland would be the pack-in game for the Wii U. All Nintendo was willing to say on that was that it would be like Wii Sports, which sold separately in Japan but was the U.S. pack-in.

What kind of an answer is that, Eguchi?

Isn't Nintendo having another press conference tomorrow? Supposedly for their Software?

Pretty disappointed in their Press Conference earlier today. The only thing that got me REALLY excited was the new Paper Mario game...love me sum Paper Mario...

Well, that was certainly one of the biggest questions I had about the Virtual Console ever since the Wii U was announced last year, I'm glad they're thinking on something to transfer everything I have and keep buying games without fear of having to re-buy or lose everything I bought.

I still have a lot of questions lingering in my head, but this was one of the biggest ones.

good times. Nintendo's has a decent E3 so far and I'm waiting to see what they show for the 3DS

As for Wii to Wii U everything transfer: YES PLEASE!

Very impressed. Keep building goodwill like this and I might lose my common sense and spring for a Wii-U at some point. Of course I'll have to get it when the standard Smash Bros/Zelda/Mariokart come out, but I might get one sooner if Nintendo keeps up the pace on their sales pitch.

Jay444111 said:
I love the fact that people are going to be able to see all the games you have played so they can then know they never played the game they are complaining about. Smart!

But... what if I play DOA extreme 3 on this thing? I don't want to be known as the guy who played... that game. (the game doesn't exist, just hypothetical.)
Click to expand...

You should wear that as a badge of pride sir! That is a game that shapes men into true MEN! Infact, you need a new word to describe just how much testicular fortitude it adds to you! PHALLUSTLEMANS!!!

Oh, article...
Cool, I'll make sure to transfer over the games from my broken Wii, which is quite the immasculating thing to say.

Well, as crappy as Nintendo Land may seem I reckon the Wii U's had nothing but good news this year. This transfer thing just shows that Nintendo aren't being massive dicks like Sony and Microsoft and not allowing any sort of backwards compatibility, they're downright letting you keep all your downloaded games! I'm getting a Wii for ZombiU, AC3, the lego game and the lack of any sort of shitty DRM.

I hope they have a way to turn off those messages. No matter what Nintendo do people will find a way to abuse it and ruin it, so I'd rather have it just turned off.
G