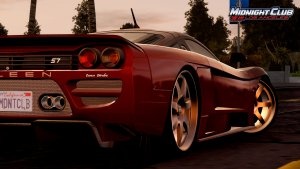 Despite all apparent indicators to the contrary, Grand Theft Auto IV [http://www.ea.com], and that EA never planned to get the deal done prior to its release anyway.

Speaking to investors at the annual William Blair & Co. conference, Riccitiello denied Grand Theft Auto IV was a major motivator behind EA's decision to launch the takeover bid. "For clarity's sake, I think you've got a slight misremembering of what we said," he said in response to a question about the game's release value. "We were extremely explicit that there was no possibility whatsoever that we would be able to acquire the company or close the transaction prior to the release of GTA IV."

"What we said is we wanted to close the transaction in time to affect holiday sales for some of the games like Midnight Club [http://www.rockstargames.com/midnightclubLA/], catalog for GTA and others," he continued. "And so the reason we're continuing to extend [the tender offer], that was our plan all along and that was the way we described it at the time."

EA has previously commented on the potential reduction in the value of the deal if Take-Two continued to fight the acquisition effort, particularly prior to the release of Grand Theft Auto IV at the end of April. In a February letter [http://www.escapistmagazine.com/news/view/81720] to Take-Two Chairman Strauss Zelnick, Riccitiello wrote, "With GTA IV shipping on April 29, development on this important title must now be essentially complete. We believe now is the right time to complete a transaction with minimal disruption for Take-Two."

When prodded further about past comments regarding the "time-sensitivity" of the deal, however, he replied that "the depreciating nature of the asset was not necessarily about GTA."

"It is that one more holiday period where we can sell more puts money onto the bottom line," he added.

EA announced yesterday that it had extended its tender offer another 30 days, but the value of its offer remains unchanged.

Not content with draining Need for Speed of all life, the nocturnal beast know only as EA has set its sights firmly on another unsuspecting street racer...

I wish Riccitiello would buy a dictionary. He obviously doesn't know the difference between "No" and "maybe".
A