Change is scary. Sometimes it creeps up on you over the course of a century - after all, it took nearly 50 years after American women earned the right to vote before they could comfortably wear pants in public. Other times, it can be downright violent.

There's no more horrifying an emblem of how much our society has changed than the phenomenon of the school shooting. It's such a grotesque perversion of our notions of childhood innocence that each incident shocks our culture with meteoric force. In an era saturated with high-def cameras, talking heads and more scrolling news tickers than the mind can process, this incomprehensible violence always manages to cut through the noise. They're children, for Christ's sake. What malevolent force could possibly motivate them to kill each other?

Unfortunately, we've had decades to ponder this question, and there hasn't been a satisfying answer.
Click to expand...

I found Lord of the Flies to provide a very excellent answer: children aren't innocent. They are just as capable of evil as adults, though often with less restraint.
V

One of the things I'm a little shocked by is the fact that the Escapist is advancing the point of view that "Videogames cause school shootings." Aside from the fact that it is bringing violence down on the very industry that the magazine is supposed to be promoting as an art form, it's also trivializing these events and papering over the ugly truths behind them. There are so many things I could pick on. The main thing though is that it is far more useful to look at a continuum between workers "Going Postal" and teenagers doing the same. (The thing they usually have in common? Systematic abuse, and a system that not only does nothing to stop it but in fact encourages it.)

I recommend Going Postal, a book that really investigates these tragedies. You may not like his conclusions, but the author at least has researched this... not rushed to blame the nearest convenient scapegoat and then, except for using it as campaign fodder, whitewashing the problem as quickly as possible.

Pardon me for being sensitive about this, having lived through a D&D witchhunt during my High School years, and having been branded a witch because of my chosen hobby, this kind of stuff really bugs me. Yes, people still believe in witches, and being branded a witch might not lead to a burning stake, it can still lead to violence in this modern world.

vortexgods said:
Pardon me for being sensitive about this, having lived through a D&D witchhunt during my High School years,
Click to expand...

You too? I was secretary of my school's Games Club at the time... I lost a lot of illusions about "older, wiser heads" when hearing why we had to close down for a few weeks. And I too am suspicious of the current video game panic as a result.

I think that the notion that children have "better natures" is quaintly Victorian. Kids aren't born knowing what violence is acceptable and what isn't, any more than they're born potty-trained; they have to be taught their society's norms. If children are properly socialised by their parents then video games are just as harmless a diversion as cartoons (watch for falling anvils) and sports (it's all fun and games until someone gets a compression fracture in their cervical vertebrae).

vortexgods said:
One of the things I'm a little shocked by is the fact that the Escapist is advancing the point of view that "Videogames cause school shootings."
Click to expand...

Curious to know how you think The Escapist is doing that?
W

Anyone who's been in high school knows why school shootings happen. It's because the other kids are assholes, and the teachers aren't going to do anything about it. We ALL know this. Come on. I mean, you were THERE. You saw the same shit we all did in High School. You fucking KNOW what the problem is. We all need to quit playing dumb as a society and actually DO something about it.

Well, anyone who's ever read Roald Dahl should be able to tell you why it happened. Kids only understand things that have happened to themselves. (And that includes me, you and everyone here)

Unless there's some sort of education, they can't know what happens when you pull that trigger; so they'll go with what they know. Guns mean power.

Look at Yahtzee, anyone think that his bully at school would have been safe if he had a gun?

But what can we do?

Without the ability to discipline children, no teacher is going to stand up to a child that can call "inappropriate touching" and get that teacher barred from Education for life.
No kid is going to go up against "The Bully", in case they're next.
And his/her parents are probably working long hours just to get the money to live, so they're not gonna have time to bring the child up with a clear idea of right and wrong, especially as religion has been so vilified now (Religion always was the basis of morality).

It's not just a new phenomenon though.

Geldof wrote the song after reading a telex report on the shooting spree of 16-year-old Brenda Ann Spencer, who fired at children playing in a school playground across the street from her home in San Diego, California. She killed two adults and injured eight children and one police officer. Spencer showed no remorse for her crime, and her explanation for her actions was "I don't like Mondays." (July 1979) [www.youtube.com/watch?v=POl4vFp-5os]
N

Quite honestly, its not the teachers who should be held responsible for today's youth. Asking them to control their students in an environment where parents sue at the least provication won't happen.

Kids need discipline, and it needs to come from their family.

I was born in 1967 and was in highschool in the early 80's. If my parents got a call from the teacher (and they did) then they would blame me for the problem, not the school. When I got a D in Spanish in Junior High I was grounded for 4 months. No TV, no hanging at the mall, and I was forced to do my homework in front of them.

Did I enjoy being punished for poor grades? Nope, I was pissed.

Did I deserve punishment for my poor grades. Yep! My grades improved because of it.

You can't expect kids to respect authority and have discipline when today's parents won't hold their children accountable and blame others when their kids step out of line.

Good values and the respect for life isn't instinctive in children. It needs to be taught and reinforced.
S

Further more by protecting the children you cripple them as they don't learn how to cope with pressures, adversity, arguements, and what have you. Violence and abuse in fantasy are not a major concern so long as the difference between fantasy and reality is enforced. A child will not learn to gank people in a game and then do the same to the neighborhood children so long as they understand that it's not acceptable to do that. That's not to say that there aren't bad things in fantasy however children do not need special protections, and if they do it's certainly not to the extent expressed in this issue. The difference between a child and an adult is primarily the openness to new ideas and concepts present in the child's mind. 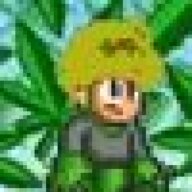 any argument that video games, violent movies or music have any impact on these kinds of acts of violence can be quickly disbanded by the fact that all of these items are globally available but these shootings are localized in the States, the problem isn't the entertainment media it the way Americans treat each other,it technically shouldn't be possible for a nation to be xenophobic of itself but America has managed to pull it off (oh yeah and firearms are readily available even though they have zero household uses
Show hidden low quality content
You must log in or register to reply here.
Share:
Facebook Twitter Reddit Pinterest Tumblr WhatsApp Email Link
Top Bottom