This week, while most of the Escapist staff is off at PAX Prime, those left behind holding the fort talk about Miyamoto's recent comments on casual gamers, weird games we've played, and Shadow of Mordor.

Jose does a great job of making the site look pretty. When you guys changed it a few years ago its war pretty bad but now its awesome =D
C

is it just me or is the audio quality of this podcast absolutely disgraceful?
M

I wouldn't so much say the choice between Casual and hardcore, but what the consumer and their buying choices have made the top developers do in order to make those big bang sales their looking for. Any sizable gaming community you go to you'll have a huge swath of them complaining that everyone is attempting to look Activision COD-ish while an equally large portion says that its perfectly alright and the games are great.

That is the buying power.

If a casual market was not lucrative or did not gain as much revenue, I doubt this type of conversation would have even been made...but... now instead of the geeks down the street whom get to play Star Craft II.... now you have Joey, Sallie Sue, and Rick the football stud whom could care less what a GEFORCE 900 series would bring when they can all lay on a couch and madly crush buttons in COD Ghosts. Then there is a media issue to deal with because there are plenty of people whom believe gaming is Candy Crush and Angry Birds. I know plenty of non-gammers and professionals whom have Candy Crush and Angry Birds on their phones --- and these people couldn't tell you half of the extent their phones can accomplish!

If no one played or bought these types of media, they wouldn't last.

I guess if you are hard core, you'll just have to turn up the difficulty levels to Hard Core if you want to be hard core but the casual aspect of the gamming world is here to stay. Its no longer a closed club as it used to be just like the PC world isn't either with easy to use hardware without users even considering how the operations work or taking the time to understand the software.

I think the last bastion is most likely PC games because I don't see too many people playing RTS's for the ease and fun...and wouldn't you know... the casual crowd often can't stand those types of genre.

Carrots_macduff said:
is it just me or is the audio quality of this podcast absolutely disgraceful?
Click to expand...

As you may have noticed from the video, we had to use a boom mic instead of our usual omni-mics, which is unfortunately the reason for the audio quality in this particular podcast not quite being as clean as others. They're a little harder to configure for this kind of set up. 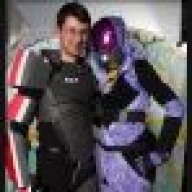 Come on Jose... please be conscious of sexist comments like "if I had a sister she wouldn't play Dark Souls".... I love Dark Souls and *gasp* I'm a woman. Just give it some thought next time. Thanks