In this bonus Podcast, The Escapist crew talks about the Game of Thrones episode "The Wars to Come" and "The House of Black and White." Obviously, there will be spoilers. Hodor!

Very happy to see you are doing this again.

On the Jaqen H'ghar being the kindly old man, I personally think the show is just combining characters again. They have done it a couple times to simplify things. Such as when Gendry was the bastard taken by Melisandre, in the book it was another bastard, but in the show they just combined them into one character.

I was hoping you guys would comment more on the decision to send Jaime south with Bronn, which is a drastic change from the books. The TV show is starting to really shape its own plot lines. But I get the feeling you are saving that for the next one. 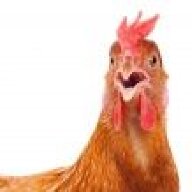