ScrewAttack's The Worst EVER! - Street Fighter

Wait.. I said Dan, so does that mean it was after?
E

I stopped watching after his first choice was Skullomania... That character was a) not from Capcom and b) a great character in the highly underrated SF EX
A

We need some warning of this format, so I know to avoid it. The talking heads scare and unsettle me

Also, one MAJOR production messup with the old 4:3 stuff. Don't pad out the edges of the window with blurred repeats of the actual screen edges. It makes it virtually unwatchable. Use black borders, or even vertical Screw Attack logos if you like.
S

hermes200 said:
I stopped watching after his first choice was Skullomania... That character was a) not from Capcom and b) a great character in the highly underrated SF EX
Click to expand...

I blame Craig's hatred of the guy on his not knowing that he's a tokusatsu parody. That and Craig has always been kind of a snob when it comes to Street Fighter characters.

Skullomania was awesome to play as! Also, it wasn't the GREATEST, but SF EX3 had a certain charm to it when you played it.
S

Yeah, skullomania shouldn't have been on this list...and I wish we could see him return! I loved skullomania.
Everything else though? The nerfing of Sean, and Captain Sawada are definitely low points in Street Fighter. 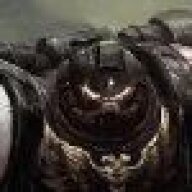 That was just painful to watch, and I'm a ScrewAttack fan since the early days. Obsessed with Street Fighter to the point where talking heads are used. Like someone went "This is such a big issue, we should ask someone who the worst ever street fighter is."

And Captain Baseball Cap just happened to be the MAN ON THE STREET. Okay. No. 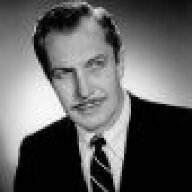 It is a holdover of the original days, where the best way to make two-player balance was to make sure Player 1 and Player 2 had a similar looking character with a similar moveset. Hence, Ryu and Ken.

These days, the differences are similar to Call of Duty or Madden changes. Someone who doesn't play the series won't understand just how different the characters actually are. Especially by Street Fighter IV.
T

The four playable bosses from SF2 special editions: championship, turbo, super, etc. For different reasons for each one, but here they are. I'm going by the UK / US names here (they swapped them for some of the international ports, so what UK players know as Vega was actually Balrog, Balrog was M Bison (M Bison = Mike Tyson, d'oh!) and M Bison was Balrog. Sagat was still Sagat.

So here's what was wrong with the four bosses.

Balrog: just pathetic against the computer opponents. His moves were so unbalanced: his straight hard punch, for example, could easily finish some characters off (particularly the ones who came aggressively forward, who tended to be the easiest anyway) but his slow speed and lack of decent special moves made him really weak against any opponent who didn't try and come after you. Plus he had no kicks or wrestling moves (just the crappy headbutt hold) - where's the variety?

Vega: game-breakingly powerful. When I finished SF2 with no cheats and sixteen double-perfects in a row, this is the guy I used to do it. It wasn't even his special moves; he could just claw every computer opponent to death at range, and very few of them could pose a challenge to him if he did, even on the very hardest difficulty. He was actually great in multiplayer, because you had to use a lot of strategy to beat a decent Vega player (typically feinting to make him try one of his quick jumps at you, then following it up with an uppercut) but that doesn't diminish how much he broke the single-player.

Sagat: again, his power at any range was pretty game-breaking, especially in multiplayer: if you really, really want somebody to hate you, follow a fast low fireball with a slow high one and watch them fail. Against computer opponents, he's not as great as Vega, but he's still comparatively easy to exploit in order to just take out opponents before they can even get close (or failing that, grab them and hurl them across the screen: Sagat's throw was brutal.)

Bison: I'd include him because he was a disappointment! The Bison you faced at the end of the original Street Fighter 2 was BRUTAL and hard as nails, even on the lower difficulties. He was, for example, invincible when he threw those long kicks at you. To make him a playable character, they nerfed the heck out of him, and it became more and more obvious as the SF2 games went on. In multiplayer especially: if you played against someone who was even remotely good with an uppercut like Sagat's or Ryu / Ken's Dragon Punches, you'd have zero chance of beating them with Bison. This was a character whose every single move could be detected and countered very easily with one or two specific moves from most of the other characters. Head-stomp, psycho crush, scissor kick, or straight-forward aggression - all of them were ridiculously easy to anticipate and to counter.

unacomn said:
In before Dan.

Wait.. I said Dan, so does that mean it was after?
Click to expand...

Dan was awesome. When some guy is playing as Sagat, and you challenge with Dan and win, he then leaves in shame. Best character ever.
P

My most disliked character: R. Mika (Rainbow Mika) - just due to really awful character design. It simply looks stupid and inferior to most other character designs in the series. I realise that she's pretty insignificant, but they could have done so much better.
S

I thought they meant sf games.