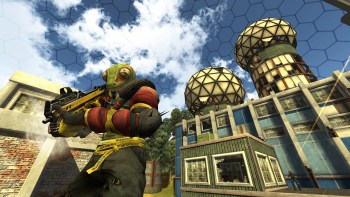 Facebook hopes that the addition of ten "high quality" new games by third-party developers will draw the core gamer demographic into its loving embrace.

Your mom plays Facebook games. No, seriously, she probably does. That's the audience that the phrase "Facebook games," with fare like FarmVille, CityVille and Treasure Isle, is most likely to bring to mind, after all, and your mom loves that kind of stuff. But your little brother, Timmy Twitchthumbs? Not so much.

His demographic is an audience that Facebook is hoping to attract in 2013 with the addition of ten new games aimed at bringing in core gamers. The goal, according to Facebook's game partnership boss Sean Ryan, is to incorporate everything from "casual all the way up through first-person shooters, massively multiplayer online games, real-time strategy games - all those types of more core player-versus-player games."

"You'll see a whole set of games hitting in the next two quarters in particular and throughout the year that really start to redefine what people think of Facebook games," he said. "It doesn't mean we're walking away from other games, but there's no question our focus for 2013 much of it will be about becoming a better platform for core gamers and developers who make those games."

It's a lucrative market: While Zynga slowly comes apart at the seams, War Commander studio Kixeye - the company Zynga not so long ago derided [http://www.escapistmagazine.com/news/view/120129-Zynga-Sues-Former-CityVille-GM] as unsuccessful and irrelevant - said it has maintained profitability for the past three years because its audience spends 20 times as much money as conventional social gamers.

Facebook actually began its move toward core games last year but plans to ramp up the effort in 2013. New action and strategy game categories have been added to the app center and notification messages, which Facebook had previously removed, are being reinstated, with limits to ensure that players don't end up buried in spam.

Yeah, I don't think this is going to work. Not only is there a large (and mostly deserved) stigma of Facebook games among "core" gamers, but also it would be very difficult for Facebook to offer anything that other platforms (that people are perfectly happy using) don't.
D

Facebook and core gamers, are two words that should not be in the same sentence. Unless the sentence is "core gamers laugh at facebook for thinking they could pull that off"
P

Actually that would be nice, if Facebooked leached the micropayment crowd it would actually clean up the market for the other platforms.
S

dragongit said:
Facebook and core gamers, are two words that should not be in the same sentence. Unless the sentence is "core gamers laugh at facebook for thinking they could pull that off"
Click to expand...

Very much this. The vast majority of Facebook games are what totalbiscuit calls "cow clicker games" that is they offer very little " game " and mostly just are an exercise in doing something every day and spamming your friends to join it. Or perhaps things have changed, I haven't been on Facebook in nearly 2 years so I don't know.

Even if Facebook DOES manage to, by some miracle, attract games worth playing it won't help them with the fact that no 'real' gamer is going to turn to Facebook for games. It's far too late to get any of this market I think. The stigma gamers associate with Facebook is too great. 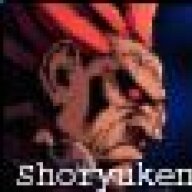 Has FaceBook been sleeping under a rock for the past decade? Or do they seriously and honestly think they can go up against free games such as League of Legends, Team Fortress 2, Quake Live, Blacklight, Spelaunky, I wanna Be The Guy, StealthBastard, Star Wars Knight of the Old republic, WoW (partially free anyway), Battlefield 2/Heroes/1942/etc., ... and these are former AAA titles NOT including all the possible free shit you can get on STEAM or GoG.com!

Someone at FaceBook needs to get a reality check so hard that they'll wake up from this stupid marketing idiocy.

There is already a market of games aimed at the "core" gamer, and FaceBook ain't gonna cut it.
When pigs fly I say!
D

Also this is gonna fail.

Almost every hardcore gamer I know only uses Facebook as a glorified chat/blog service (including me), nothing more. The overwhelming majority of Facebook gamers are either newly-introduced casuals, mothers/grandmothers/stupids, or people who are so utterly bored out of their minds and spend so much time on facebook that they marry the two ideas and end up spending hours clicking cows.

Core gamers are not going to play a Facebook game no matter how much it thinks it belongs with the big boys (even if it is a 3D first person shooter) when there's literally a warehouse-load of PROPER games on the 3 big platforms (pc/xbox/ps3) that most gamers can still dig through.

I hate Facebook on principle, I don't use it, and this move will not change that.
Try harder.

Interesting fact about Kikxeye, they also have one of the most entertaining websites of all time:

Start with the video on the TV, then explore the rest of the pages. Hours of fun! 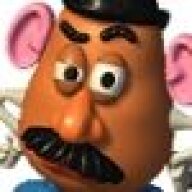 I'm sure good games can be released on Facebook. But when anything is published on social networks I wonder what the purpose is. If it can be done on FB it can be done outside FB as well with less limitations. Why add an extra artifical limitation for little gain?

I've never touched Facebook, neither do most of my friends who are considered "core" gamers.
S

you mean games like these: http://www.escapistmagazine.com/news/view/121874-Worms-for-Facebook-Busts-Out-of-Beta-Now-Available-to-All
not me or anyone in my family ever touched facebook and they probably never will.
this is simply attentionwhoring as people start to stop being obsesseid with fakebook place now.

Also you cna get fre Metro version on facebook

If it requires me to sign up for that site, I'm not playing it. 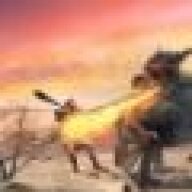