For those of you craving an abstract, cyberpunk strategy game that includes a virtual tyrannosaurus, Android: Mainframe is coming later this year to appease you. It'll be the fourth game in Fantasy Flight's growing Android family, and it is joining some illustrious siblings.

First came the investigation game, simply titled Android, in which players took on the roles of various detectives trying to solve a murder. They searched for leads all over New Angeles, home of the Beanstalk, the Android universe's space elevator centerpiece. Following that was Infiltration, which had gamers entering a corporate HQ, one-upping each other along the way to get out with the best goods. Most recently, of course, there is the reboot of Netrunner, an asymmetrical heist card game where players take on the roles of the corporation or the hacker trying to break into their servers.

Would it be too much to have a game in that milieu that doesn't involve crime? Maybe a light, pleasant economic game, where you build an oppressive mega-corporation that government takeovers [http://netrunnerdb.com/bundles/netrunnerdbcards/images/cards/en/04032.png]. You know, something the whole family can enjoy.

Mainframe is being designed by Gregorio Morales and Jordi Gene, and it appears to be largely a remake of their previous game, Bauhaus [https://boardgamegeek.com/boardgame/133747/bauhaus]. The game has up to four players infiltrating Titan Transnational Bank's servers during a crucial security breach; the winner is the hacker who gets out with the most loot.

Each turn, a player chooses actions that could see them placing barriers that create labyrinths for their opponents to navigate, or seal off valuable assets for themselves. Each person in the game also gets a character who comes with their own set of signature cards, much more powerful than the usual choices but limited all the same.

The characters can all be found in previous Android games - each one is a Runner in Netrunner, and several can be found in the other two products, as well. For A:NR fans, the most intriguing news here might be the reveal of cyber-dino-riding wunderkind Chaos Theory's real name - Olivia Ortiz. Also involved are recent additions such as Adam, an android with a compulsive need to hack, and Nero Severn, an information dealer from the mega-city of Mumbad.

Fantasy Flight is really pushing its own universe lately: they've had immense success with their Star Wars, Lord of the Rings, and Warhammer licenses, among others, but the profit margin on an IP you control is nothing to sneeze at. Several books have already been published, The Worlds of Android [https://www.fantasyflightgames.com/en/news/2015/12/16/tap-the-network/]."

I love the idea of a competitive maze-builder, and I'm a fan [http://www.escapistmagazine.com/news/view/161241-The-Android-Netrunner-Card-Game-Adds-a-Sentient-Computer-Virus-Soccer-Mom-and-Asimov-Android-in-Latest-Expansion#&gid=gallery_4944&pid=1] of the universe. The game is heading to the top of my own list - how about yours? 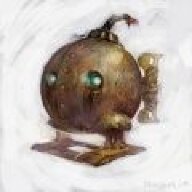 FFG will abandon the Android setting within the next three years like they have pretty much every other thing they've done, usually without warning, and sometimes after having announced a product that never happens.

The worst one was Anima, since they were just localizing it. People started to wonder when splatbooks were being released overseas and not in the US. 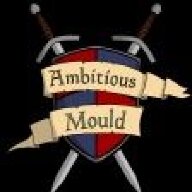 Once this is done my brother's going to go out and buy this and then pester me to play it with him forever now. I've never liked card games that aren't normal playing cards, including MTG and especially including all the Fantasy Flight ones.

That said I do like other FF things, like Armada (even if it's low in content and very expensive) and the GoT board game. I also really like Cyberpunk as a setting, especially when it's a crime/noir based cyberpunk setting, but those settings work way better as RPGs than card games, I reckon.