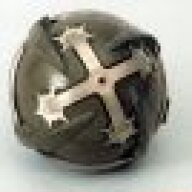 Oh great, another shiny "re-imagining" with bland unrecognizable wastes of geometry for enemies and stereotypical MW style soldiers, with plastic-looking attack dog training outfits in a rave party, as an excuse for a "sci-fi theme".

Just a few hours ago I played another game of X-COM, where during the night of terror attack the last 4 men of my squad were trying to survive an unknown number of enemies, with nothing but their rifles, grenades and wits. The next few rounds saw a Reaper tear through two of the men, one priming a grenade as the beast gored his guts, seemingly invulnerable to mere bullets. The other two lost their nerve, one going berserk, firing blindly into the dark battered landscape, while the other disappeared into a building, whose second floor was half-missing from an earlier blast, littered with the corpses of alien and human alike. He met his demise, hiding by a window, aiming some nearly depleted gun he picked up on the way at the stair case, when a Floater casually strolled in, lasering him clean, as if ignorant to the off-target burst of bullets screaming in his direction.

It's the little things that make the game, you just can't get that feel with colorful street lighting, playing scenery to cheeky walking christmas trees sporting the union jack, shooting spungestreams at malnutritioned morlocks and mutant gorillas from outer space. Sure the original was cheesy, but what it wasn't was a militarized Katy Perry music video with some reimagined G.I. Joe movie thrown into a polished turd porridge for good measure. The original's atmosphere and cartoony but dark visuals was what helped us not quit for the spreadsheets and the complex interface. Going for a bright, pseudo-realistic visuals with uninspired blobs that spray sheets of gratuitous snot when shot is going to kill whatever bits of the original not converted into a simplistic generic squad based game.
Show hidden low quality content
You must log in or register to reply here.
Share:
Facebook Twitter Reddit Pinterest Tumblr WhatsApp Email Link
Top Bottom