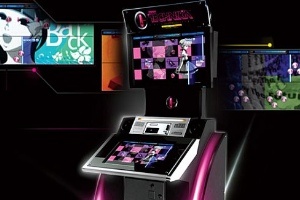 The Escapist heads to Los Angeles to check out the next big thing in arcade rhythm games on test.

As my flight descends into the city of Los Angeles and the endless suburban grey stretches as far as the eye can see, I try and remember the last time I travelled specifically to play a new rhythm game. Was it 2001, back when Beatmania IIDX: 6th Style [http://www.yelp.com/biz/arcade-infinity-rowland-heights][/I]? Regardless, it seems like far too long for someone who used to travel all around to be one of the few to enjoy these games in the United States. Much has changed in the past few years, with Harmonix and the advent of Guitar Hero doing everything that the likes of Japan and Korea could not: make rhythm games a fully-blown, chart-topping cultural phenomenon.

Recently, however, there's been a new breeze of momentum flowing once more from the East. DJ Max Portable [http://www.pentavision.co.kr/][/I] series have brought hardcore rhythm games back to a global audience, thanks in part to the ease of importing, accessibility of the PSP platform and their acceptance of gamers from all around the world with international versions of their games. The world of DJ Max Portable is coming to US shores in January thanks to PM Studios, but part two of their invasion plan involves the arcades and their new touch-enabled rhythm title, DJ Max Technika.

From a visual standpoint, Technika looks like a giant, over-powered Nintendo DS (check out my Clazziquai [http://flickr.com/photos/mrjared/tags/djmaxtechnika/], utilize clips from their actual music videos while other songs feature everything from cel-shaded to hand-drawn and CG animation, all of which looks incredible and running at a much higher resolution than those seen in games like Beatmania IIDX.

Technika is extremely impressive and eye-catching on its visuals alone, but for fans of rhythm games, its equally so when it comes to the gameplay mechanics. While DJ Max on the PlayStation Portable plays like your average Beatmania or Guitar Hero title, Technika with its touch screen plays a lot like the Elite Beat Agents [http://en.wikipedia.org/wiki/Osu!_Tatakae!_Ouendan] series on the Nintendo DS, with a slight twist. A timeline scrolls across the screen, which is divided in half horizontally, and bounces from right to left as it reaches the edge of the screen, while the appearing notes take turns alternating from the top and bottom half of the screen respectively with each pass. This creates a very distinct flow to the game as your hands move from one side of the screen to the other in a circle pattern, making the appearing notes easy to follow and your hands always in the right position. The screen utilized by Technika allows for multiple touches at once (something a Nintendo DS can't do), so the use of both of your hands is not only encouraged, but also necessary.

There are a variety of different note styles to be found in Technika, some of which may be familiar to Ouendan and Elite Beat Agent players. Along with the basic single-touch notes are Pause notes that must be held down, Connect notes that require you to hit a stationary button to the beat and Trace notes have your finger following a set path. Both Basic and Pause notes can be turned into doubles that require two fingers at once, but all of them can be layered over one another in more difficult songs. At its easiest, Technika utilizes only the Basic and Pause notes, though at higher levels expect to be tracing lines down the play field while still tapping other notes with your free hand. In our time with the game, we saw players of all different abilities tackle the game and while it seems quite welcoming to newcomers, it also holds nothing back for experienced rhythm gaming veterans.

Musically, Technika is possibly the best in the series, sporting a mix of songs from the DJ Max Portable games as well as new tracks. When it comes to the Portable entries, I always find that I gravitate towards about ten or so songs that I'll play to death and ignore the rest (don't worry, I do the same to Pop'n Music releases too), but with Technika, selecting new and unfamiliar songs was actually rewarding, as opposed to getting a shot full of ear venom. At both of the test locations I visited (UCLA and Long Beach), the most popular songs were those by Clazziquai and DJ Max favorites such as "Make Your Move [http://www.youtube.com/watch?v=0v5LGwTiIM8&fmt=18]").

Pentavision's US handlers, PM Studios, will be conducting further tests at different locations throughout the United States, with tests in Northern California and New York coming soon. Acknowledging that arcades in the US are few and far between, PM Studios is aiming towards more mainstream friendly locations like movie theatres and Dave & Busters to pick up the title, with these tests providing the necessary numbers to make it happen.

For everyone else, there's always home ports or this case, the handhelds. Michael Yum of PM Studios has already confirmed to both Siliconera [http://www.siliconera.com/2008/12/08/touch-screen-dj-max-in-development-for-the-ds-and-dsi/] and The Escapist that a Nintendo DS version of DJ Max Technika is currently in-development, but Yum also informed us that an iPhone version of the game is currently in the pre-production, research phase, as the iPhone could better support the title's multi-touch gameplay and high-resolution graphics. Both platforms do present their own advantages and challenges for the team in Korea, so for now it looks as though the arcade may be the only place to get the true Technika experience. For everything else, come back to The Escapist tomorrow for our full interview with PM Studios producer, Michael Yum. 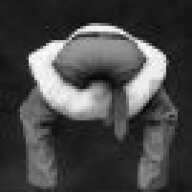 I never fail to find the amusement in how the younger generation these days actually consider dj's to be muscians. Hell, I've seen ads for local clubs that promote them to the same level as rock stars. What a laugh.
Show hidden low quality content
You must log in or register to reply here.
Share:
Facebook Twitter Reddit Pinterest Tumblr WhatsApp Email Link
Top Bottom