For Your Consideration: Toy Story 3

I have enjoyed the Toy Story series immensely. From the first one being on fear of being outdated by newer toys, the realization of finding out that new toys are just toys with the same fears as other toys. Second one was doing what is safe for the preservation of the toy's sake than being a toy for the owner in fear of the owner growing up to not play with that toy. Third one wraps it all up to toy's being. It is a circle of life on toys. Being valued,played with then moving on to the next youth going through the same thing. That is what the toys come to accept and love. They have found their purpose beautifully.

And yes, please, at least a oscar nomination is warranted.

I disagree, I felt this film was a retread of Toy Story 2 with the same type of characters for the new toys, and same moments. It wasn't as epic as 2 with going offshore and having Woody nestled in with the collector's toys of Prospector and Jessie. I felt that was more dark and deep because Woody was on his own behind enemy lines of this Collector antagonist. He realised why these toys actually preferred to be in the hands of the collector, because he'd take care of them forever (same theme in Toy Story 3 with the day-care center). Jessie's back-story with her owner is absolutely heartbreaking.

I felt Toy Story 3 had nothing new to say, other than we have to eventually let go of our toys. Great ending and opening, not so much a substantial middle. All the story beats were predictable, and the Incinerator moment was just the typical "heroes at their lowest" part of a 3rd Act.

I feel in the "Best Animation" Oscar category, it would be nice if the Academy awarded any of the equally great or even better non-Pixar movies. WALTZ WITH BASHIR (best film I've ever seen, and will recommend it to anyone I come into contacat with) was snubbed by WALL-E.

Now I haven't seen these following movies, but maybe they deserve the win, now?

The Secret of Kells
http://www.blogcdn.com/blog.moviefone.com/media/2010/03/kel1.jpg

Summer Wars (should definitely be nominated, go watch "The Girl Who Leapt Through Time")
http://tinyurl.com/2vzzhsd

Chico and Rita (this is in line with adult animation like PERSEPOLIS and WALTZ WITH BASHIR)
http://media.tumblr.com/tumblr_lcere1sLQY1qe1zze.jpg 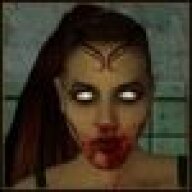 i love the Toy Story-series, nothing can beat that. i hated to see the ending. 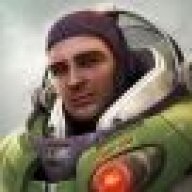 my avatar may give me away a little but for me this is the one of if not the best film pixar has made, i've pretty much grown up with andy (i'm a year or two ahead) and that just made it so much better. i found the whole story very sad and compelling, just brilliant stuff.

...lumping in works such as Ratatouille and Persepolis with Surf's Up...
Click to expand...

Hey, Surf's Up was pretty good...but yeah, it wasn't a Ratatouille.


Moeez said:
Summer Wars (should definitely be nominated, go watch "The Girl Who Leapt Through Time")
Click to expand...

People are always gushing about those two movies, but couldn't stand to finish either one.
Click to expand...

VondeVon said:
In the end, Toy Story 3 was the kind of heavy-handed, halfhearted effort I'd expect from a 'straight to DVD' movie. I wish I'd researched it better.
Click to expand...

I respect that your view on the movie is different from mine, but calling it a halfhearted effort is harsh.
Click to expand...