Valve boss Gabe Newell knows gamers are frustrated by the lack of news on the Half-Life front but says he doesn't want to make promises until he's ready to keep them.

For most games that'd be the end of the story, as gamers would assume the series was dead and move on to other things. But Half-Life is not most games, which is how we end up with things like 13,000 people [http://www.escapistmagazine.com/news/view/115701-13-000-Play-Half-Life-2-For-Half-Life-3] playing an eight year old shooter on a Saturday afternoon just to get Valve's attention. Yet Valve is well aware of the situation, according to Newell, and it's doing its best to keep everyone happy.

"We're acutely aware of how much we annoy our fans and it's pretty frustrating to us when we put them into that situation," he told Penny Arcade [http://penny-arcade.com/report/editorial-article/valves-gabe-newell-talks-wearable-computers-rewarding-players-and-whether-w/all]. "We try to go as fast as we can and we try to pick the things that we think are going to be most valuable to our customers and if there's some magic way we can get more work done in a day then we'd love to hear about it, but we recognize that it's been a long time whereas we have so many games that people really love - Counterstrike, Half-Life, Portal, Left 4 Dead, not a whole lot of Ricochet enthusiasts out there, and at the same time we want to be making sure that those games and those stories and those characters are moving forward while also making sure that we don't just get into terminal sequelitis."

"But we've always somehow, you know, part of the reason that we backed off talking so much about what was happening in the future is that when we've done that in the past, you know, with Half-Life 1 it was a year after we originally said it would be, Half-Life 2 basically if you go and read the forum posts apparently took us fifty or sixty years to get done so we're trying to be careful not to get people too excited and then have to go and disappoint them," he continued. "So we're sort of reacting in the other direction and saying 'Okay, well let's have things a little more baked before we start getting people all excited about it.'"

I think there's a bit of a disconnect between turning down the hype machine and going radio silent for half a decade, and that's really where the problem lies - not that we don't have Half-Life 3 (or Episode 3) in our hot little hands at this very moment, but that we don't even know if we ever will. On the other hand, we're still talking about it, which I suppose speaks well of Valve's ability to keep the conversation going while simultaneously staying out of it, so if the game is actually in development, I suppose kudos of some sort are in order.

As to whether or not Valve is currently at work on a new Half-Life title, Newell didn't say.

I wish people would give Valve a break. Half-Life 3 would be awesome, yes, but Valve is gonna make it when they're ready to make it. It reminds me of when people always used to pester me to draw them stuff when they heard that I liked to draw -_-
S

making sure that we don't just get into terminal sequelitis
Click to expand...

Gotta really respect Valve for this - whilst they clearly do do sequels it would be easy to churn out a new HL every year or so like some franchises but Valve would rather strive for quality over quantity.

A rare thing in today's industry.

Well Valve are very good at keeping schtum about the game. They can take as long as they want developing it as long as it doesn't turn into a DNF mishap and it's development cycle doesn't outlive me. That would be annoying.

Or rather the start of one. Maybe that is whats taking up all of Valve's time!

Gabe Quest: The Epic Beard! Announcing at an E3 near you!

Just like the previous poster [http://www.escapistmagazine.com/forums/read/7.351488-Gabe-Newell-Acknowledges-Frustrations-With-Half-Life-3#13911140], my first thought was "beware the DNF syndrome"... People are bound to be disappointed. 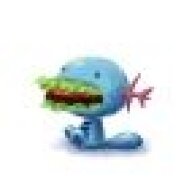 The title on the home page:

The title on the article page:

Dear god, that beard. And i gotta admit, he looks awesome with it.
And reading that Penny Arcade thingy, it made me think how awesome Valve is.
And hey, as long as HL3 comes out when I´m still alive, I´ll be happy. I think. Because I´m pretty sure it`s gonna be worth the wait.

Hearing that Half-Life 2 came out 8 years ago is mind-boggling to me. It's the FPS I've played most recently and it's by far the one that feels the most recent to me.

You would think that in a generation full of 90% shooting games that one developer besides Valve would get a bit of a handle on it.

I wish I could feign non-chalance and say who cares if it ever comes out, but that would be a lie. I do care, and any hipsters who tries to say they're over it are lying too.

This man is politician material.

He just managed to say quit a bit without saying a damn thing.

making sure that we don't just get into terminal sequelitis
Click to expand...

Gotta really respect Valve for this - whilst they clearly do do sequels it would be easy to churn out a new HL every year or so like some franchises but Valve would rather strive for quality over quantity.

A rare thing in today's industry.
Click to expand...

The devilry here is that they TRIED to make Half-Life 2 an episodic thing by design, and quit only a couple of episodes in due to the crushing time requirements for their level of quality (as indicated by their commentary tracks; a lot of work goes into the simplest things).

So, in a twist of fate, HL2 was intended to be "sequelized" by design, and it ultimately moved away from that.

Akin to politicians, Valve is going the "never answer yes or no" approach to any questions about Half Life sequels. To say that this is frustrating is the understatement of the century.

Seriously, wtf? Just say "no, we're not working on it right now and we don't know if or when we will". It's super easy, and would certainly satisfy me.
You can only feed the hype so far with these DISRESPECTFUL tactics. There is a reason there is so much politician hate in the world nowadays. Eventually, people will have had enough and your reputation will suffer from it.

Please, Valve. You're one of the few "good" game devs in the business right now. Don't make people want to hate you, or worse, start to feel apathy for you.

I'm so tired of hearing other people whine about 3 that I've long since stopped caring if it ever sees the light of day.

Here's an idea Gabe, find yourself a science fiction writer, preferably one with a good background in horror; and let him write you a script.

I'm sure there's a few authors out there who would write you something truly stunning. Then all you have to do is program it.

Viridian said:
The title on the home page:

The title on the article page:

Thank you. I noticed the same thing. Misleading much?

That's a good way to approach it. Although in this time of social media where people want their information, while they're not yet set in stone and all the interaction with developers that they can get, it's not the most common way yet. It's not that many years ago when you probably found out a release date by it's "<"-value for a game, when you saw it on a shelf of a store.

Frankly, I'm not at all enthusiastic about the future of Half-Life 3 right now. Counter-Strike: Global Offensive is a completely different story then again, whilst talking about Valve. Civilization V's expansion pack is my most anticipated one.

And just casually mentioning Diablo III... That's what you get when giving out "too much" information. I've yet to seen a place about Diablo III where the majority of responses weren't about begging and raging about the game's continually postponed release. Without revealing that I'm between pre-ordering the normal and collector's edition and read a wall o' text about the new rune system yesterday set out for the 13th beta patch, that I'm running for on contest on four different newlyfounded community sites that Blizzard intelligently helps to grow with things like that.
Show hidden low quality content
You must log in or register to reply here.
Share:
Facebook Twitter Reddit Pinterest Tumblr WhatsApp Email Link
Top Bottom