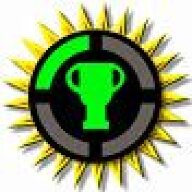 It's time to get INDIE! Today I'm taking on the indie game YOU have been requesting the most -- The Binding of Isaac. WHAT DOES THIS GAME MEAN? With 16 endings and all just as obscure as the last, it seems like this game has some deep things to say...but what are those things, exactly? Does Isaac die in the box? Is mom really a psycho religious killer? We're getting ready to analyze this incredibly deep and moving game.

where is all the flame warz at?

CyanCat47 said:
where is all the flame warz at?
Click to expand...

CyanCat47 said:
where is all the flame warz at?
Click to expand...

Pretty much what I was about to say.

Not to mention that here on The Escapist it seems atheism rules, most Christians like me tend to not be deeply spiritual and as I've said before I don't think god, being the spirit of absolute good, is going to get upset about fantasy, analogies, or criticism, and even if everything said there is true "Binding Of Issac" doesn't exactly strike
me as being the most offensive game of the sort I've ever seen to begin with.

What's more unless the developer comes out and actually decides to lay it all out I don't think we'll ever have a definite answer, assuming there is one. The dev is in the interview wearing a shirt with the name of a avant garde religious themed horror movie from Mexico which I think is a statement of his pretensions, and to be fair one of the tricks nowadays to trying to seem deep is to act like there is some overall point to what you've produced, without there really being one, a trick which let's you ultimately claim anything later, or even use the ultimate cop out that "the point is the meaning is whatever the consumer wants to make of it".

Speaking for myself, a big part of what I see as being omitted in the video above is the name "The Binding Of Issac" which in of course comes down to him being bound or sealed away. It's easy to talk about surrealism and how everything literally comes down to what is in a person's head, it's a stock trick nowadays, and to me utterly painful when it's used. Try and think about how it might all come together if you decide to consider it literally, what if the entire point is that Issac is the equivalent of Damian and the entire point is him being bound somewhere, or if you want to go into the realm of mental constructs the good portion of himself trying to keep the bad portion locked away.

Another angle you could run with is that Isaac is a Jewish name, and of course the mother has turned to Christianity, which despite the similarities diverge on some key points. To put things into perspective from a Jewish perspective, conspiracy theories and Mel Gibson rants included, are some of those "biblical bad boys" still all that bad from a Jewish perspective, especially if you approach it from the perspective that Jesus was a false savior (albeit a great prophet) and the son of god still has to arrive.

At any rate, as old as this is, I figure it deserved a response here, but really I don't think this is the kind of thing that is going to get The Escapist all that riled.
Show hidden low quality content
You must log in or register to reply here.
Share:
Facebook Twitter Reddit Pinterest Tumblr WhatsApp Email Link
Top Bottom