Game Theory: Wii U is the New Virtual Boy

Part of the console not doing as well as it probably could have was the poor marketing decision to call it the WiiU instead of just the Wii2. Many average consumers were totally unaware that it was a completely new console and giving it the number would have helped at least a bit to solve that problem. I'm not saying it would have improved sales by a lot but still their marketing team should have known better. 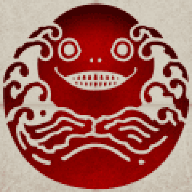 PMAvers said:
And yet, it's the only console currently worth owning.
Click to expand...

In all seriousness, I think I agree.

I've been disillusioned with Nintendo for quite some time, but the fact that the PS4/Xbone have been out for a year and the only 8th-gen game I'm interested in is Shadow of Mordor (yes, I know it's on the PS3/360 as well, but the nemesis system is parred down on those, and the nemesis system is the reason to play the game, I so, in my mind, SoM is an 8th-gen exclusive) has me wondering if I should invest in a WiiU. Between Mario Kart 8, Smash, Hyrule Warriors...plus a new open-world Zelda and Splatoon on the horizon...it just sounds so...pure fun.
Click to expand...

Not to mention it's the only console pushing out games that run 60fps @ 1080p
Yeah I know the reasons for it, but I'll take a high stable framerate over a slightly prettier slideshow.

Some things I'd like to note about the video, and some things it failed to mention (I'm aware it's old):
1) Battery life doesn't seem to be that bad nor is it even a real problem because it neatly sidesteps all the problems of charging on previous consoles. I'd say stock battery lasts 4-5 hours, and in my subjective opinion that's perfectly fine, particularly since they also included two different ways to charge it (while playing and while not in use) with a looooong cable that plugs into an outlet. So no running around looking for new AAs (xbox), or looking for a USB port and a cable that's long enough to actually be able to use the controller (the PS3 literally came with a 6 inch charging cable meant to be plugged in the PS3, and no wall charger, and the console doesn't charge it while powered down. Not to mention a long miniUSB cable is a specialty item so you won't just have one of sufficient length around the house. The balls on the Sony exec who greenlighted that decision...). The "short battery life" is really an overblown, over-dramatize non-issue.
2) The tablet controller comes with a charger that is perfectly capable of being plugged into the nearest outlet while you game.
3) None of the games I own for the WiiU require the use of the tablet. I use a normal "pro" controller for all games, and keep the tablet in it's charging dock nearby. It displays information, a minimap for example, and can usually augment the game you're playing even if you're using another controller. This does make one wonder if a separate minimap in Zelda justifies the extra cost- imo they should have just let the 3DS integrate with the system much in the way GBA did with Gamecube- they probably would have sold more of both units that way.
3.5) More on the controller, it's a very impressive piece of tech. Input lag is equivalent to a standard controller, but it carries a video stream! Impressive. The gyroscope works flawlessly, the resistive touchscreen is of very high quality (I generally prefer resistive over capacitive for several reasons, and resistive gets a bad wrap in public perception because there are a lot of bad resistive screens. The technology itself can be fine if you don't need multi-touch which, frankly, is the only objective benefit of capacitive).
4) As others have mentioned, previous controller support. The dedication to supporting all input peripherals is quite impressive- not only does a Wiimote work, but it works 100%: a Wiimote can power on the system* and navigate all the menus. Now they've extended support to gamecube controllers.
5) Backwards compatible, the only console this generation with this perk. Not just backwards compatible with the Wii- all Wii titles make use of the tablet "gimmick" in that *there is a sensor bar built into the tablet so Wiimotes can track with it, while using it as the display instead of a TV*. I'll probably never use that, but mind blown nonetheless.
5.5) Backwards compatibility extends even further if you include the virtual console store and homebrew support. With homebrew, you can load up any old game in an emulator, and you can also *boot gamecube games*. Now playable with gamecube controller. So it can play Wii and GameCube games natively, N64, snes, nes, GBA, etc, emulated.
6) It's more portable than a laptop. Very small. You don't need the tablet controller, so you can just pack it and a few wiimotes in a bag, bring it to your friend's house. Which I do often because I'm the only owner of a WiiU amongst my friends.

Also good to mention that nintendo is the only company still focusing on games you play with real friends, in the same room
And I believe it was at E3 or some other convention, nintendo was literally the only company who showed game footage. And nothing but game footage. Everyone else had live action or pre rendered trailers that in no way informed anyone of anything about the game in question.

I bought a WiiU precisely because I knew a Zelda title and perhaps a Metroid title would eventually be released for it. I knew that years ago when it first came out. I have zero interest in any game exclusive to X1 or PS4, and I know of nothing coming out I'd be interested in, so yeah, the WiiU is indeed the only console worth owning at this time (imo). Though I'd love to be able to ditch consoles, stop the enslavement of games to specific hardware and play my favorite franchises on PC.

*You might think, whoop de doo, but this means that support was not just written in at a later point- the fact that it can turn on the system indicates integration on a hardware level, which I was not expecting.

Nixou said:
It's not so much "released too early" as it was "released...and then 3rd parties stabbed in the back."

It's neither.
The WiiU and 3DS launch problems came from Nintendo being so short on staff that the first party games which should have been used to display the machine's potential and attract early buyers were not finished in time. (That and the WiiU running on a half-finished OS which got completed only after half a dozen of updates didn't help either).
Click to expand...

Okay, I'm gonna be blunt, that notion that Nintendo was understaffed is BS. It has always BEEN bs. Why? Because just throwing people at a problem SOLVES NOTHING, as has been proven with the current AAA philosophy that has companies sinking more and more into debt or thinning profit margins. It does not matter how many staff they have, what has mattered is how much they adapted to a new tier of development. The fact that Super Mario 3D World, Mario Kart 8, and Pikmin 3 were done on staffs that are MINUSCULE compared to the AAA, penis-envy production behemoths proves that. Heck, Wind Waker HD was done in SIX MONTHS and Xenoblade Chronicles X is looking drool-worthy despite Monolith Soft barely being over a 100 people.

I'm probably already part of the problem. I bought Pokémon Diamond, White, Black 2, X, and OR.
Click to expand...

That's a shit load of Pokémon games. Though I can't judge. I own all the Mario games till 2008, I think.

Nazulu said:
That's a shit load of Pokémon games. Though I can't judge. I own all the Mario games till 2008, I think.
Click to expand...

(though honestly, I don't hate change so much as I'm a Pokémon junkie. Most games bore me after 2-3 sequels, tops) 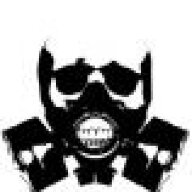 WTF!! This video was posted 9 months ago on a pathetic YouTube channel called Game Theorists. Comparing a console that in its entire life time only shipped (not even sold) a total of 770,000 units to one that has now exceeded 7 million units!! One of the most asinine videos I have ever watched. It was click-bait then and even more so today!!! I shall simply post what I posted on that particular video on YouTube:

Nothing theoretical about it, just a lame bash comparing two totally incomparable consoles to each other which just happen to have been produced by the same company. The 3DS also has plenty in common with Virtual Boy and all those negatives could be applied to the first year of 3DS but that was a success and that would make this vid look stupid. Wait...&#65279;

most gamers right now say that WiiU is the only console worth owning because of its library of games and what's to come... and yet when you look at the console sales it's still not selling. Smash didn't help it much, so if the console is so amazing now and everyone online seems to sing it praises why is no one buying it?

it's sad really, Smash is a great game, same goes for Mario Kart. The main problem here is third parties being forced to downgrade their games and include a second screen making most AAA games to skip the console and makes the WiiU not get as enough press as it deserves. Hence why this video as old as it is still holds true, Nintendo has made a console that is unappealing to businesses that work for profit
Show hidden low quality content
You must log in or register to reply here.
Share:
Facebook Twitter Reddit Pinterest Tumblr WhatsApp Email Link
Top Bottom