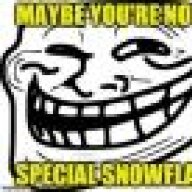 "Gamer" is fine.
What would be your alternative? "Person who plays games"?

If it ain't broke don't fix it.

Conversations about how dumb it is are getting more and more frequent so it seems to be on its way out.

There was this ONE word people liked to throw around a lot...The definition was so loose & expansive that it lost all meaning. To me, there was never a satisfactory definition. That word was ::takes 5 minutes to remember the word:: "Hipster," that was it....

I guess that's where they were going with this; because people have their own definitions for what they define as a gamer; some strict & some vague. It shouldn't be about whether or not you're a gamer, but how much of a gamer. Is someone who plays 16 straight hours of Farmville on the weekends less of a gamer than someone who has a huge pile of big budget FPSs & RPGs on their desk but only plays for 1 hour a day?

There's no negative connotations with being a "gamer" in Washington (state). We probably have more development studios here than any other place in the US. Here, being a gamer just means you support local business & think TV programing is a sad shadow of its former self with nothing to offer.

For some reason people treat term gamer as anything else than an noun that proclaims that someone plays games on regular basis and enjoys them. Anything other is BS.

That said, term gamer is tainted just like feminist or MRA for example so it draws negative connotations with it. But as long as there are people willing to self determine themselves as gamer, term is alive and well.

I never referred to myself as a gamer anyway, it's not an association I like to make given the behaviour of many self proclaimed "gamers"

I'll say the same I said on a Facebook thread: "I'm now an interactive experience connoisseur". Even though I said it in jest, some "gamers" tend to think they are some superior being of knowledge for video games that drinks scotch, smokes with a pipe and dresses himself in tuxedos all night.

Although, the proper definition should be "Someone who enjoys games" and nothing else added to that. That's the problem with most taboo terms on the Internet these days. We add some extra false definition to something that's actually not that complicated to understand.

I still think its too broad a term.

If we include everyone who has ever played a game, then the term loses meaning. We need a new one that applies specifically to communities like this one, but gaming is still young, so there still a lot of work to be done across all areas.

Sleekit said:
i agree with this and have used the "gamer" = "film buff" line many times.

the problem is that there is no actually no distinct wider term that encompasses the wider audience...so they use "gamers" as well.

the term "gamers" is applied to both when in the case of "film buff" there is a known and understood difference between a "film buff" and say "movie goers" when used as an understood wider term.

we have a legitimate language problem here imo...and its probably due, like so many things, to the fact this actually still a fairly young medium.

Yeah, I agree with this, and it's why those studies claiming that the majority of gamers are middle-aged females, etc. always devolve into arguing. I personally hate the term "gamer" because everyone uses it differently, and I wish that another term was used to describe those who are passionate about games in the same vein as a "movie buff" or "cinephile" is about film. I hate "hardcore gamer" because it sounds fucking retarded. "Core gamer" isn't too bad, but the industry uses it to describe pretty much only those who play FPSes, sports games, other yearly release games, etc., and "core gamer" still sounds kinda silly. I'd prefer to just borrow a page from film's book and refer to the group as "gaming buffs". It'd probably take a while for that term (or any other term for that matter) to catch on though. 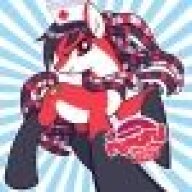 Not really and only because it hasn't lost it's use yet. From the many FUD articles that popped up saying "Gamer" is dead is only because they don't want to be attached to the same name that "attacked" their favorite feminists.

I haven't seen something so stupid since we brought "Hardcore" and "Casual" into the fold in the late 2000's.

As long as the name brings ease to conversation, it will continued to be use, they want to replace the word with player which the first question is always going to be "player of what?" "Game Player" would work but has more syllables than "Gamer" and if you haven't learned anything from our species yet, we are a lazy species.
A

Possibly. Someone mentioned "hardcore" and "casual" above but I think that sometimes "gamer" itself is used as the new delineating term between "hardcore" and "casual". That is, everybody can play games but not everyone is a "gamer". In this case, the term connotes a certain level of enthusiasm and behavior which may or may not be disconcerting.

I'm a gamer. And more proud to be one now then I've ever been.

It's pretty amazing how those folks, as well as others, have come up with the exact same idea at the same time and are now pushing that particular narrative as though it were true and something that was actually happening...isn't it?

Gamer is here to stay. It has been and will continue to be an easy way of denoting the occasional dalliance from the full on relationship with gaming as a hobby.
A

LostGryphon said:
It's pretty amazing how those folks, as well as others, have come up with the exact same idea at the same time and are now pushing that particular narrative as though it were true and something that was actually happening...isn't it?
Click to expand...

It's almost as if something happened and a bunch of folks began robbing the term of a positive meaning.

Alex Mac said:
So, people. I want to know: What does the term "gamer" mean to you? Is it sufficient in this day and age? What connotations does it carry for you? Is the term dead?
Click to expand...

To me "Gamer" has always simply meant someone who's main hobby is playing computer games, that they spend a significant chunk of their spare time playing games - that's it, full stop, I don't recognise any of the cultural baggage that others are happy to saddle the word with.

I have self identified as a gamer for a long time and to be frank I'm slightly insulted by this anti-gamer rhetoric. Let me state this clear and bold: Playing games is not something to be ashamed of. The whole backlash against the word "gamer" is from people who are ashamed of their own hobby in a way that I frankly don't understand. Yes there are highly toxic elements to the community but these minority of individuals absolutely do not represent the whole group, not even close, no matter how much Leigh wants that to be the case.

To be frank what I'm seeing lately is the word "gamer" being used as a byword for all the worst kind of trolls and bigots that harass and persecute others for bullshit reasons. Well I say that the defining feature of this subgroup of arseholes is that they are arseholes, not that they may also happen to belong to the larger set of gamers.

Also, I cannot for the life of me see how the use or not of a word will achieve anything. Lets say we can remove the word "Gamer" from history, just erase it completely. Does it change anything? I'm pretty sure there would be just the same number of trolls and arseholes doing exactly the same things they are right now. 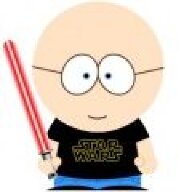 Atmos Duality said:
No skin off my back.
"Gamer" was a largely ambiguous, worthless term to describe "person that plays games".
I mean, before video games the term "gaming" referred to "organized gambling".

As a matter of commentary on the articles, well, the stereotypical "gaming community" is pretty much collapsing.
What does that mean?

Nothing.
For most of us, it means absolutely nothing.

There is no "new beginning". This isn't marking the end of the CIS straight white male gamer at the hands of the feminazi agenda or whatever. Nothing is really changing here.

People are still going to buy and play games to varying effect.
Some people will cover their experiences for fun and profit.
Click to expand...

"Gamer" also refers to people who play tabletop games like Dungeons and Dragons, Warhammer 40K, or even boardgames. And the tabletop scene, thanks to crowd funding, has been growing over the last few years as newer and more diverse games come out.

Also the criticism of the word "gamer" being too broad and something unique to the games industry is just plain wrong, other popular forms of media have exactly analogous single noun words to describer their consumers:

Seems eminently sensible and consistent to me.
A

The comment about board games brings up an interesting consideration though: is there, if any, separation between "gamers" of different mediums? Is there a different defining attitude or characteristic to video "gamers", for instance? Or is the over on the venn diagram enough to make it basically a perfect circle.

For what it's worth, I do think that most nerd/gamer/whatever we want to call it culture has a lot of roots (at least originally, not necessarily now) in social abnegation. Nerd culture, and by extension, gamer culture had a lot to do with feelings tied to social frustrations and that affected the general mentality of the culture, be it board or video games.

Now, I don't think that's the case anymore. Games are as ubiquitous as any other media in this day and age but it might go far to explain where there are pockets of pushback as the demographics change.

Right because a puffed up writer who can't decide between being a "journalist" or "blogger" decides that they can declare gamers as a term is dead?

They're going for the ultimate renegation? Well good luck to them, because I can declare just as arbitrarily that game journalism is dead. 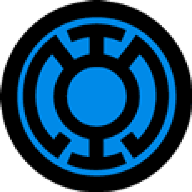 Ok my take on this is that its just wrong but sifting through the posts something just popped into my head.

The term "Casual Gamer" should die...
This is not meant as an attack rather and invitation.
From my point of view "casual gamer" was coined by "the real gamers" so what i think most people here are.
Maybe the events of the last days should show us that trying to exclude someone by labeling them as something different is a mistake we have committed in the past as well.

So lets drop it, all just gamers.

A gesture of good will of sorts, doens´t matter if pc, console, handheld or anything everyone who plays games is a gamer and the only one who gets to label someone as something else is that person them-self.

Frission said:
...Well good luck to them, because I can declare just as arbitrarily that game journalism is dead.
Click to expand...

Not so arbitrarily, if you ask me. I haven't heard a tough question, asked by a gaming "journalist" in a long, LONG time. All they do as of late is PR for the publishers/devs.
And now they're up in arms against the community, because gamers reacted badly on their attempts to silence them.
Show hidden low quality content
You must log in or register to reply here.
Share:
Facebook Twitter Reddit Pinterest Tumblr WhatsApp Email Link
Top Bottom