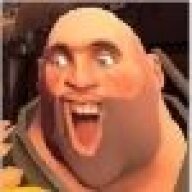 Syndicate. I played this when I was about 4 or 5 and thought it was hilarious even though I didn't understand it at all.

I did play it again recently, however, and the graphics are alot worse than I remember and yet so familiar.

I played it thrice: once on easy, once on hard and, once on the hardest difficulty + cheats. The best parts of the game (my opinion) were the parts were you just mess around, not doing anything productive or, violent. Like when you eat all of the doughnuts or, drink all of the soda from a machine.

As for OP, I loved the Bloody Roar games I played. I don't remember which exactly but I only ever played the PSX ones. It's too bad that series hasn't really took off, I loved the concept.

In this age where Pokemon has transcended colors and precious stones, I doubt anybody is playing Leaf Green or, Red (more or less active on both). I'm also pretty sure people who are playing the original Doom aren't playing it on the N64 like I kind of am (kind of neglecting it at the moment). I wonder if anyone else is playing Dark Void... 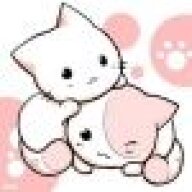 Played both of them, I found Venetica to be hilarious for its flaws but badly designed on so many levels. Fragile Dreams on the other hand was suprisingly good, though far too short (ignoring the simplistic combat because I don't really care acout combat mechanics)

Personally I'm looking forwards to when the sun comes back out so I can finally beat the knight bloke at the top of the first game's tower on Boktai (it requires trading between games, I ended up buyng myself another copy due to completionist ocd and not knowing anyone, anywhere ever who played it too). Doubt anyone else will be doing that when they could be at the beach instead :L

Offworlder said:
Recently I've been playing Heros of Might and Magic 2. I doubt anyone is playing this gem anymore. In truth, I'm really bad at it, but it's just so much fun and I like the tactical side of it.
Click to expand...

Dont worry You are'nt the only one me and my mate play it occasionally.

I currantly play "Mark of Kri" and i very much doubt anyone else does since it wasnt played when it came out XD
Click to expand...

Ah, the Mark of Kri. I remember that game as the one with the disney like graphics where you play a barbarian slamming dudes heads into cliffs. Loved it.

I'm playing Mother 3 right now. I just wanted to see what all the fuss was about and damn everything I heard about it was correct. As soon as I started I played 12 hours straight.

Jurassic Park: Operation Genesis.
What? I'm reading the book at the moment I wanted to build my own park damn it.
I modded it to allow me to have up to 999 dinosaurs instead of 60.

I finally managed to aquire a copy of MGS3: Snake Eater after months and months of whinning and moaning at different EB stores, I bet no-one else is feeding on a tree frog! 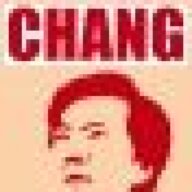 I played the shit out of that game. The only bit I really didn't like were the racing sequences.

Anyhow, it's a bit recent but Brink for the Xbox360.
K

SycoMantis91 said:
As for me, I'm currently re-playing through Psi-Ops and finally playing through Earthbound. Two underrated classics of different generations.
Click to expand...

Not playing it now but Psi-Ops is still one of the most innovative games I've ever played. Why won't they make a current gen version?

Baroque on the Wii, its rogue-like JRPG if you combine Silent hill + anime

Henry Hatsworth.
I bought it the day it came out and I liked it so much that I just replay the whole thing occasionally (other games I do this with include God Hand and Zone of the Enders 2). Now happens to be one of those times.

I'm also playing the PSP port of the DS remake of Masoukishin: The Lord of Elemental. I never finished either of the previous versions, so I thought I'd finally get all the endings before I play the sequel (they came bundled together). I very much doubt anyone else on this site is playing it because it's in Japanese and has a lot of text. Being tri-lingual is totally sweet.

The local Blockbuster is going out of business and so they're having a sell-off of all their games and dvds. I was browsing the selection when I came across Tenchu Z. I had always thought the Tenchu games were pretty fun, and seeing as how this one was priced at $7 (only ended up paying $5 since it was "on sale" ) so I decided, "Meh, why the hell not?" I get one and have my ninja assassin fun through the campaign, quickly developing one big complaint of "This is just the same 7 levels over and over and over again...", but all and all I found it to be fun. Decided I wanted to see what the multiplayer was like and I got the famous message that heralds the game you're playing as a dead title: "No games could be found." Soooooo yeah, pretty sure that no one plays that game anymore. 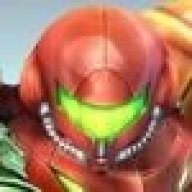 For about a year or so ago, I tried to play a mutliplayer macth on Madballs in Babo:invasion. I found no servers. I turned on the game for a second ago, to check if it somehow had sprung back into life. Sadly it hasn't. It's a shame, as it was a rather fun game...
M

ExplosionProofTaco said:
Digimon World for the PS1.
I'm positive no-one in the world is playing it, seeing as It is difficult as hell to digivolve your 'mon into something other than Fucking Numemon, which has LOWER stats than it's previous form! WHY WOULD YOU DO THIS BANDAI!
Click to expand...

I have that game. I've actually been considering playing it again recently, in an attempt to actually beat it, something I've never managed to do. Not getting numemon isn't that hard. Just train it up, and take it to the toilet whenever it wants.
K

Quake 4 for the Xbox.

there's literaly NO ONE playing that game since 2009.

I'm playing Okami again. Never beat it last time, and someone stole my Wii with the save file on it.


Holy hell it's depressingly great. It's depressing because I know it never got the attention it deserved, and the studio that made it shut down. It's actually contending for my best game of all time.

Even though I know there are some people playing it still, I doubt anyone is playing the campaign of the game while everyone's ether all into MW3 or put it aside for games like Skyrim or upcoming games.
Personally, I dislike how you can't create your emblem for multiplayer despite the fact two different companies made the games. Plus, the maps for MW3 are way to 'cramped' for my tastes.
Click to expand...

I just want to thank you for making me barrel into a flashback of that brief golden period I was playing Black Ops with my friend and this cool American guy before my friend went off to University (he's a few years older than me).

OT: Not really anything I can think of, but I had a disturbing revery a while ago. Any MMO or forum, no matter how terrible (as long as it's in business) has a dedicated community, with people who stand out and are generally known, and are something of experts of the gameplay and the social standard of the game or forum. Even things like Evony or Travian. All those MMOs you see advertised in the banners of places like Newgrounds that you just think "christ, those look god-awful." That depresses me a little, for some reason.
Show hidden low quality content
You must log in or register to reply here.
Share:
Facebook Twitter Reddit Pinterest Tumblr WhatsApp Email Link
Top Bottom