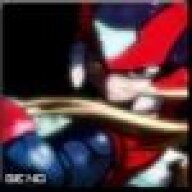 [HEADING=1]Geno DCLXVI's First Impressions
- of -
Frozen Synapse (PC)[/HEADING]​
I'm quite intimidated by the reviews on this section (the first page of it, at least) of the forums and their intimidating formatting, it makes me feel like not matching up to their quality will destroy my as-of-yet-unestablished credibility and forever ensure my position in internet obscurity.

Barring that, here's what I think about Frozen Synapse, released just this week on Steam.
This white text is filler because for some reason I can't do spaces before images.

I wonder if anyone else thinks the "Mode7" logo at the bottom looks more like "Mode?".

[HEADING=2]Introduction[/HEADING]​
Frozen Synapse is a PC game brought to us by Mode 7, the independent studio that released Determinance back in 2007. It pitches itself as "The Ultimate Tactics Game", a rather bold claim from a budding studio. The story is one we've often seen before, a big evil corporation is ruling a dystopia, and the player is working for a group that resists said corporation. One character in particular is a (presumbably) Deus Ex/System Shock-inspired disembodied computer AI with a glib personality, which reminded me of a cross between SHODAN and GLaDOS with the face of Zordon from Power Rangers.

Since it's a tactics game, it shares gameplay elements with titles like X-COM: Ufo Defense, Jagged Alliance, Silent Storm and the Heroes of Might and Magic series. While turn-based combat is obviously the uniting factor with all these titles, Frozen Synapse presents itself rather differently. Being a seasoned strategy-and-tactics man myself, I went into it having high expectations. Does this game satisfy them? Read on to find out.

Your guys are green, allies yellow, enemies red, bullets white; walls are blue and half-height walls are...teal, or whatever that color is.

Graphically, Frozen Synapse is quite pleasing to the eye, with a nice dark blue background for the levels and glowy colored men (in a non-racist way) to represent your units, allied units, enemy units and civilians. Bullets and explosions are white, and blood is red. Yes, the colored men bleed when they die in this game, because they're supposed to be pseudo-clones made of human flesh tissue with digital brains or something to that effect. The best part is that it's all highly customizable, so you can change your units to be the red guys instead of the green guys because red is suddenly the color of trend for the good guys nowadays instead of blue or green since WarCraft III.

The only problem I had with the graphical aesthetic of this game is the font they use in the dialog between characters. While the loading screen and actual-game UI have nice sci-fi fonts, the dialog font is a boring Arial clone that makes it look like a Powerpoint presentation and makes me lose interest in reading it.

The soundtrack is nice, too, the electronica beats that play in battle immerse the player into the whole Tron-esque digital world feeling; one particular track captures the frozen-in-time decision-making process quite nicely, and yet another is nice and frantic for when the action ramps up. The sound effects are what you'd expect from a game with guns, with a lot of bangs and booms. The gun sounds are pretty distinct from each other as well, so you'll quite definitely know of your guy's head was blown off by a sniper rifle or a machine gun.


[HEADING=2]Gameplay[/HEADING]​
Finally we get to the meat of the review. This is a turn-based game, but not in the usual "I go, you go" way normally found in most turn-based games. Players get to plan out each turn of virtual soldier-blasting with a top-down mission simulator interface where you can tell your little men to move here while aiming there, ignoring the guy on his left while crouch-crawling to the nearest piece of cover.

The interface is very intuitive; almost all of the commands can be issued quickly via the mouse, and the only keys you'll really ever need on the keyboard are the Backspace and Delete keys to delete the latest command and the currently selected command, respectively.

[HEADING=3]"...you basically throw both of your plans at each other to see which one survives."[/HEADING]​
While you're issuing commands, you can press the play button to see how your simulation plays out before actually going through with your orders. When you're satisfied with the orders you've given to your harbingers of digital death then press the "PRIME" button to test your plan against the enemy's. This is where it gets interesting. See, the enemy also has a plan of his own; instead of you getting to do your thing to your enemy then ending your turn and vice-versa, you basically throw both of your plans at each other for ten seconds at a time to see which one survives. This for me is as close to real-time combat as you can get in a tactics game without it actually being real-time.

This has the potential to get very messy if you aren't careful---careless unit placement and lack of foresight could lead to a mass slaughter of your own units in as early as the first turn. Thankfully though the single player campaign's difficulty curve is reasonable enough, and if you use the simulator to its fullest before priming the system and actually getting to the shooty action.

Having said that, this is where I'd like to point out a low point in the single-player gameplay: the ability to simulate your enemy's actions as well as your own. This for me is like playing chess while moving the other player's pieces while it's still your turn, to see for yourself how the game could play out. I've literally abused this mechanic to hell and gotten the highest ranking on all of the missions I've played so far, without a single casualty on any mission. This is especially a problem on single player, because about half the time the AI goes exactly where you want it to. But in defense of this mechanic, the other half of the time the AI takes you by surprise, either by standing still when you expect it to move or moving to place you didn't expect and getting a good position to shoot at your men. Again, though, this can be avoided with foresight and good planning, which includes liberal use of the simulator to anticipate all possible actions your enemy might take.

[HEADING=3]"...the 'snap' time for a shotgunner is faster than a machine gunner, but only hits targets up to a certain range."[/HEADING]​
I haven't tested out the multiplayer yet, but from what I've heard you can set a game up in such a way that you can send your orders to the game's server, then go offline and continue the game after your enemy sees your orders and makes his moves, similar to email games. Also, in the multiplayer you can play in Dark Mode or Light Mode, the Light mode being the normal mode in single player games where you can see your enemy's units while the Dark Mode brings Fog of War into the mix.

Replay value for this game is very high, because even in the single-player campaign maps are randomly generated, and there are a lot of different unit types with different control methods and tactical uses, so there's plenty of room for making your own strategies and such, and testing them against other people. One thing I discovered is that the "snap" time (the time a unit takes to face an enemy and shoot) and fire rate for a shotgunner is much faster than a machine gunner, but can only hit targets up to a certain range. A sniper's snap time is even longer than a machine gunner's, but a sniper usually doesn't miss his target once he gets a bead on him, no matter how long the range.


[HEADING=2]Conclusion[/HEADING]​
Frozen Synapse is a very solid indie game, and as such it has a very solid claim to the title of "The Ultimate Tactics Game". While simultaneous turn-based combat is nothing new and has been done with the Steambirds series, this game is superior in that you can exercise a much greater degree of control over your units, and thus are better able to control the flow and outcome of the battle.

Even in the digital world of the future, obsessively compulsive symmetry is still a major rule in architecture.​
In multiplayer, I expect that this will be an engaging test of skill and tactical sense between players. I also expect there to be a ranking and/or matchmaking scheme here, and if none exists then there definitely should be one, to ensure the newbies get as much fun out of the experience as the seasoned vets, because I got turned off of Tactics 100 quite easily because eight of my first ten were against experienced people who knew the ins and outs of that game quite well; I only won one of those matches, and that was due to the other player dropping out.

On the whole, it's a must play for fans of tactics games, and a good entry point for players looking to explore tactics games. The interface might take a little getting used to, but once you've got that down then you'll be shotgunning the electronic endocrine systems of your enemies with minimal effort.

Now if you'll excuse me, I'll be playing through the rest of the fifty-five missions in the campaign.