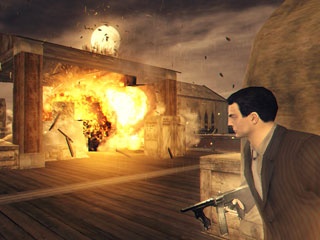 Mario Puzo [http://en.wikipedia.org/wiki/Mario_Puzo]'s estate has dropped the Godfather Lawsuit against Paramount Pictures [http://www.paramount.com/], while Electronic Arts [http://www.ea.com/] is free to keep the money it made from the game.

Lawyers representing the estate of Puzo - who passed away ten years ago - initially filed a $1 million lawsuit back in June after alleging it was owed profits from the commercial success of EA's Godfather.

You would have thought that Electronic Arts would have been the defender in this case, but EA was licensed to produce the game by Paramount Pictures. This wasn't personal, this was business.

Francis Ford Coppola, the director of the Godfather trilogy, spoke of his disdain for Paramount back in 2005, alleging that he had not been informed until work on the game had already been started.

Both parties in the lawsuit are said to have settled out of court for an undisclosed amount. "We think it's a terrific settlement," said Bert Fields, a lawyer for the Puzo estate. "This involved one of the most admired films of all time."

With this out of the way though, the Corleone family is soon to return [http://www.eagames.co.uk/game/the-godfather-ii/] with the second installment in the Godfather franchise. 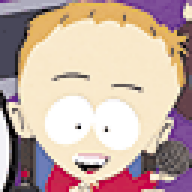 Wow? That was still going on?

...and Coppolla countinues to milk his old success like it was Star Wars.

TsunamiWombat said:
...and Coppolla countinues to milk his old success like it was Star Wars.
Click to expand...

Star War is being milked in epic proportions...You cant say that much for The Godfather.

So they gave them an offer they couldn't refuse?

I clearly haven't watched any of the Godfather movies.

I say, I would settle for exactly "undisclosed" amount of money any time

Jumplion said:
So they gave them an offer they couldn't refuse?
Click to expand...