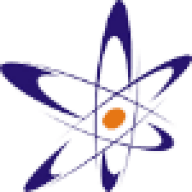 Quantum mechanics is one of the weirdest sciences in the universe. The physicist Richard Feynman was famously quoted as saying: "If you think you understand quantum mechanics, you don't understand quantum mechanics." To get anywhere near a level of comprehension, a university education is normally required. With an equation from Schrodinger, an uncertain Heisenberg and cat in a box for good measure, you get some way towards explaining this phenomenon. Now, Google is hoping to drop the need for textbooks and thought experiments by releasing a Minecraft mod that introduces quantum behaviors into the virtual world.

Google has been forging ahead with its research into quantum computing in partnership with NASA and quantum computer manufacturer, D-Wave Systems. They have made good progress in the field, but have now paused to reflect on who will carry on their work. "We built the Quantum A.I. Lab to explore the potential of quantum computing, and figure out what questions we should be asking. One question is clear: Where will future quantum computer scientists come from?" Says the team in a post on Google+. "Our best guess: Minecraft. Millions of kids are spending a whole lot of hours in Minecraft, not just digging caves and fighting monsters, but building assembly lines, space shuttles, and programmable computers, all in the name of experimentation and discovery." Minecraft has been used by many as a blank canvas for a variety of interesting projects [http://www.escapistmagazine.com/news/view/109385-Computer-Built-in-Minecraft-Has-RAM-Performs-Division], Google now hopes to give people an insight into quantum mechanics and wants to see what they do with it.

The modpack contains new blocks that react in the same way subatomic particles do, expressing characteristics of quantum entanglement, superposition and observer dependency. "Of course, qCraft isn't a perfect scientific simulation, but it's a fun way for players to experience a few parts of quantum mechanics outside of thought experiments or dense textbook examples." The team notes. "We don't even know the full potential of what you can make with qCraft, but we're excited to see what Minecraft's players can discover."

It seems that Google hopes to inspire the next generation of quantum computer scientists by giving them a quantum sandbox to play with. If you fancy dabbling in the quantum world, the mod is available to download from the qCraft website [http://qcraft.org/], also running in Tekkit, Hexxit and Feed The Beast. Now, off to find an ocelot, a chest and a splash potion of poison!

I am very happy to see this. I can't wait to try it out. And the fact that it's been added to some of the most popular modpacks is just icing on the cake.

I have conquered the moon. I have harnessed the atom, and with antimatter, I have teached the world what happens to disobedient Testificates.
My production capacity is more than I could ever consume alone. My stockpiles are flooded to capacity.
I have unlocked the secrets of magic, and I have bound the essense of a world to my command.

Oh! Well, cheers, Google! This will be fun!

I shudder to think of the wonderous things that will result of this mod.
M

Quantum Mechanics is some far out shit, man!

I'm not a minecraft player, but I am a research scientist. It looked like an antichamber mod for minecraft.
Didn't really get much about the quantum from the video.

As far as I can see it uses superposition states. Cute here and there, not great, but with potential of being awesome eventually.

This could be fun. Although I hope they don't mention the Hamiltonian Operator as that bloody equation can reduce undergrads like myself to quivering piles of "I have no sleep and I must scream."

Still it's good that the modding community continue to surpass Mojang in every way. 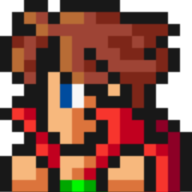 Ding ding ding. The first thing I thought was Antichamber as well. Observational dependency doesn't sound like it's limited to quantum mechanics. 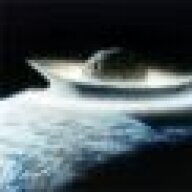 So where do i apply to write mod packs for google? Oh wait. I can make $120,000-$1.5 Million/ year with my own business models based on my own mod packs for this amazing educational engineering/science software called Minecraft.

It doesn't help explain quantum mechanics, but it does help with making people wonder "what the fuck and why". And I guess that's good enough for a free mod. As long as it helps people begin to realize how utterly more complex and weird the reality actually is, and how different it is from what we can see and experience with out 5 senses, we're on the right track.

Okay. So what does this have to do with quantum mechanics, other than being kinda weird?
E

All I got from the vid is: quantum mechanics is a glitch of nature.
N

Does it come complete with Google adverts?

Call me skeptical, but I find it hard to imagine Google are doing this out of the goodness of science.

Neta said:
Does it come complete with Google adverts?

Call me skeptical, but I find it hard to imagine Google are doing this out of the goodness of science.
Click to expand...

It's good PR at the end of the day.

Not that Google really need it, but every company strives for it.

First thing I thought about was that Google were doing something cool, and combined with all the other cool stuff they do I have a great deal of respect for our benevolent overlords them.

Besides, ads are a necessary part of the free market, and have helped the internet explode into the public's attention by allowing people to make a career on the internet.

I am all for anything that challenges people to think about quantum universe.

Some things i hope are in the mod, mining gets you random drops no matter what you are mining and where, entirely random. Like chicken eggs out of rock random.

Just pondering quantum entanglement where 2 particles split apart can be anywhere in the universe and will react holding the same state, is mind bending when you consider that in effect they react simutanious even if seperated by millions of light years.

Are they the same particle in quantum space? Are they a split particle form the quantum state? how does our space scale on the quantum level? heck is distance and space as we see it really? or is it just what we think we see when we look at it?