Apparently, players that managed to collect all 151 Pokemon in the April Fools mini-game [http://www.escapistmagazine.com/news/view/133388-Google-Maps-Launches-Actual-Pok-mon-Mini-Game-For-April-Fools] are in line for a special reward.

Remember Google's Pokemon Challenge April Fool's joke [http://www.escapistmagazine.com/news/view/133388-Google-Maps-Launches-Actual-Pok-mon-Mini-Game-For-April-Fools]? Well, for those who were dedicated enough to scour the globe and catch all 151 of the beasts, they may be in line for a special real-world reward from the company.

According to a Tech Radar report [http://www.techradar.com/news/internet/google-will-actually-make-good-on-its-april-fools-joke-1246361], Google Maps users who caught all 151 of the original battle-hardened creatures have been asked to provide their shipping info to the Mountain View-based firm for a "small (free) token of [Google's] appreciation."

If, upon reading this, you desperately scrambled to your phone to try and get those last couple 'mons that you were missing, I'm afraid you're out of luck. Google has now officially taken off the Pokémon-catching part of the app from Google Maps.

As for what this reward could be (if it is actually true), well, that's anyone's guess. It may be something from Pokemon creators Game Freak, or something from Google. Either way, it should be a cool, unique, one of a kind reward that will end up on eBay within a few days for an exorbitant price. 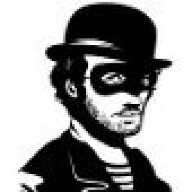 Why is this only news as of today, which is a full 10 DAYS after the supposed deadline? I would have contacted them, as I had caught all 151...

Or maybe this itself is the April Fools prank? People waste their time catching all the Pokemon, and there turns out to be a "real" prize, only nobody learns about it until after the deadline. Did anyone here actually see and respond to this supposed tweet from Google Maps before April 21st?
Show hidden low quality content
You must log in or register to reply here.
Share:
Facebook Twitter Reddit Pinterest Tumblr WhatsApp Email Link
Top Bottom