Gran Turismo 5's Huge Install Can Be Completed As You Race 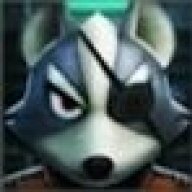 SupahGamuh said:
Consoles and their puny installs. We pc gamers are already used to this, but also Steam let us pre install the game days before it's official release. And kudos for Sony, letting the game install as you play it's a good move, although I'm wondering why this hasn't been a standard for PS3 games already.
If I had a PS3, I'd go and make a sandwich myself while waiting for the 10gb install to finish.
Click to expand...

Once again, someone has already beat me to my initial reaction, right there in the very first post. While I was reading it, I was thinking, "Meanwhile, back on my PC, TFU had a 30 GB install..." I wish it had only taken 40 minutes, though. Grabbing that at 140 kB/s (hooray for DSL) took more than just making a sandwich to pass the time. It was easily at least two or three whole sandwiches. Did I say sandwiches? I meant days.

(And for a pretty mediocre game, too. At least it was marked way down on sale, so it was fun enough to be worth the low price, but not so much the bandwidth.)
Click to expand...

Just to be clear, install =/= download. Installing is when you already have all the data, and you're just creating the files necessary for playing.

As for the PS3, the huge install is not technically required, it's possible to simply read everything from the disk, but the result of that is having absolutely obscene load times. In the long run, you'll save a lot more time if you install it.

Hexenwolf said:
Just to be clear, install =/= download. Installing is when you already have all the data, and you're just creating the files necessary for playing.
Click to expand...

Yeah, yeah. And just to be clear, =/= != &ne;. Besides, I already have the data. I stored it on Valve's servers and am reading it from there as I install it, as opposed to from a shiny plastic disc. Or is installing from a physical disc that I mount over the network (e.g. for a computer that doesn't have an optical drive) not installing, either? Yay for pedantry!

In the meantime, I could go grab a retail copy of something off my shelf with a 12 GB install if that would help (don't think I have anything larger than that on disc, as opposed to Steam). Some of those occasionally take an unreasonably long time, too. Heh.

Kind of makes me want to pull the VIC-20 out of the closet and see if any of the tapes still even work. I think I have enough adapters laying around that I can actually hook it up to my monitor, which is sort of disconcerting. One of these days I should really archive any old tapes/floppies I have that are still readable before the rest of them die for good, now that I've already got images of my old hard drives...

Scrumpmonkey said:
Making a distinction between Downloading and installsing is Pedantic? Ahh yes, i-Tunes DVDs and their pesky installs. I wish every time i wanted to watch a DVD from the interent it wouldn't take so long to install, it's just too long! Right im off to install some more pictures of hilerious cats on my HDD. Later.
Click to expand...

Meta-pedantry failure detected! For one thing, the iTunes Store may have videos, but it does not have DVDs. More importantly, you just brought data files to a software fight. Games (along with iTunes and your browser) are executable programs which manipulate data in various ways (and in some cases, e.g. games, include most of that data packaged with them), often with multiple files that need to be placed according to the proper directory structure, settings to be configured for the individual system (through their own config files, registry entries, and/or whatever methods the OS they're on provides), and sometimes dependencies to be managed (such as various libraries they're linked against).

On the other hand, the videos you're watching and pictures of cats you're looking at are generally purely data, which require a separate program to process/display/interpret/whatever them, with pretty much none of the elements of installing software involved other than moving the data from point A to point B. If you really wanted to criticize my (admittedly contrived) comparison, a better place to start would be pointing out that half of that stuff isn't done until you first attempt to run the game after the download from Steam is complete, but even that is sort of fuzzy, because some parts are taken care of during the download/install process, some games don't even need anything done afterward depending on how they were designed, and installing something like The Orange Box from DVD is essentially the same process as doing it from Valve's servers, other than having to enter a serial number.

Sometimes I wish I didn't occasionally enjoy arguing for the sake of arguing so much, because I meant to actually be playing a game for real instead of getting sidetracked by stuff like this for the past few hours. Heh.


* In computer networks, to download means to receive data to a local system from a remote system, or to initiate such a data transfer. Examples of a remote system from which a download might be performed include a webserver, FTP server, email server, or other similar systems. ...

Congratulations. You can use Wikipedia with the best of them. So can I [http://en.wikipedia.org/wiki/Installation_%28computer_programs%29]. My point is not that there is no downloading involved in the process but that the process is not strictly just a simple download. If it were nothing more than "insert remote file A into local directory B", the result would not be a program that is registered as installed (and uninstallable) according to Windows, complete with registry entries and whatnot, without having run a separate installer or the game itself.

Yes, it does download the things it's installing. No, it's not exactly the same as downloading a JPEG image of a lolcat, other than that in both cases the data is coming from a remote source. Installation is a broader term and generally at least a slightly (and sometimes significantly) more involved process. Downloading is only the transfer of remote data to a local system, while installation is a procedure involving the manipulation of data in a more complex way, and that data may or may not be local.

On some level, it doesn't actually matter where the data is, as long as access time/transfer rate is good enough for what you're doing with it. I can install software from a disk image on my hard drive to another location on that exact same hard drive. I can also do it from one hard drive to another in the same computer, or an optical drive to a hard drive, and it's still the same process on a basic level. I could do it from a drive in one computer to a second computer sitting next to it over an ethernet cable, and it's still the same. Put a router between them, and not much changes from the installer's point of view. Move one of them across the room or to the other end of the building, same thing. A completely separate arbitrary physical location? See above.

You can (and I do on a regular basis) mount a network share as a local volume, and programs will treat it like it's just another disk in your computer. They don't care (or even necessarily know) whether it really is, or it's on your local network, or it's hundreds or thousands of miles away. And yes, I also install things from (or sometimes to) non-local sources, or even a mixture of local and non-local, especially when package managers like the ones in Linux/BSD (or to a smaller extent other OSes) are involved. At some level, data is just data, and where it is doesn't matter and can be abstracted away from whatever's using it (e.g. an installer).

Scrumpmonkey said:
In other news, man argues black is white!
Click to expand...

THAT IS ALL on that subject.

Also not everyone is whizzo with non-ascii characters so =/= is good enough to represent... the is-not-equal symbol that was inserted above. Even I don't know how to do that one, I don't think it's part of the normal character set (unlike, say, © or ¿). Flippin pedants.

Scrumpmonkey said:
"At least you don't have to install games on a console"
-snip-
So remind me again, how is console gaming more convenient than PC gaming? I mean "Plug in and play" was it's main selling point. All we seem to have now are 5 year old PCs with PC sized installs on old laptop sized HDDs. Oh and don't tell me to "Just upgrade the HDD" becuase that's another box ticked in the "Just like PCs but slightly worse..." box.
Click to expand...

Yeah, though that was my standpoint, after this revelation I'm starting to wonder.
Oh wait, I remember. It can be expressed in terms of available game library, and how a PC with enough clout to run a decent cross-section of contemporary games costs several times more than a same-gen console. You have to wait 30-40 minutes, once, for the thing to install things on its included hard drive that then loads many times faster than any consumer optical system? QQ.

If that's really such a pain, then let's all stick with PS2s, like the one I like to mess around on. That doesn't have any install times, or patching issues. ........ oh wait, damn, it does also have frequent, lengthy and unavoidable load times, and if your game is buggy, it will always be buggy.

Strange, I did genuinely start writing that with the intent of agreeing with you, but as I thought about it, I changed my mind. Hmm.

Kind of makes me want to pull the VIC-20 out of the closet and see if any of the tapes still even work. I think I have enough adapters laying around that I can actually hook it up to my monitor, which is sort of disconcerting. One of these days I should really archive any old tapes/floppies I have that are still readable before the rest of them die for good, now that I've already got images of my old hard drives...
Click to expand...

Don't worry, some more committed (some could say unhealthily obsessed) people have already done that for you. Pretty much anything of note for a wide variety of old systems - including virtual tape images - can be had on the internet these days. I'm personally quite grateful for the guys who did it for all the Atari ST games I used to enjoy in my youth (even if they're mostly now sourced from pirate megadisks), because back when I actually had time (and a sufficiently versatile 3.5" floppy drive) I found a lot of them were already too corrupt to successfully image, or had strange copy-protect schemes that no normal imager could handle.

(and thanks to their efforts, I've found that my family was quite blessed in our software choices, and the stuff inherited when buying the 2nd-hand system itself; there really was a huge amount of terrible shit released upon the paying public in the 16bit days. We somehow ended up largely with the cream, probably more by luck than judgement. 'course, your only real source for reviews, unless you had an insanely expensive, 2400-ish baud modem, were newsagent magazines)
Show hidden low quality content
You must log in or register to reply here.
Share:
Facebook Twitter Reddit Pinterest Tumblr WhatsApp Email Link
Top Bottom