Kerethos said:
I also hate the heat with a fever (pun intended), and would love to see the planet cool down. I mean it's just May and it's fucking 32.9 Celsius outside in the sun. That's 91.22 Fahrenheit, for those using that confusing system. My tender white flesh can't handle that shit, nor do I want it to.
Click to expand...

One little known fact about global warming is that the world isn't actually getting that much hotter. The world is less than 1C hotter than it was when we started measuring global temperature in the 1860s. It is still significant, as the ice caps will disappear if the world gets 2C hotter, and global warming is accelerating. But you just aren't going to notice the higher temperature yourself.

Media tends to vastly overstate the actual amount of warming, suggesting that the oceans will boil by 2050 or similar nonsense. And then people tend to experience either higher or lower temperatures depending on regional fluctuations and either believe or disbelieve.

Another thing is the stuff about it causing extreme weather. Heatwave or cold snap, drought or endless rain, if you don't like the weather it's apparently because of climate change. It may be a false positive, but it tends to sound like pseudoscience to me. Once again, that's probably the media rather than actual scientists. 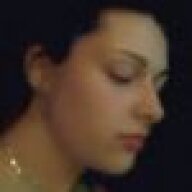 I remember in the 2000's on MuchMusic in Canada, they were running a set of awareness commercials that said we have until 2012 to change things or by then it's completely and utterly too late. We didn't make the changes as far as I am aware, and it's now 2 years passed the deadline. Needless to say, I'm not having kids. 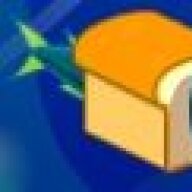 I find the level of climate change denial on this forum disturbing.

I recall a quote, I don't remember whose - "97% of the world's scientists contrive an environmental crisis, but are exposed by a plucky band of billionaires & oil companies".

OT: Burnout, and the abstract/distant nature of the problem. A lot of people don't understand it [enough], others would prefer 10p today over £10 next week, some have simply heard the media misquote the science one time too many.

Yabba said:
Can someone explain to me how the Greenhouse theory, which states that the stronger sun rays can get in but the weaker reflected waves off the Earth get kept in as they cannot escape to the thicker amount of carbon dioxide, is false.
Click to expand...

Carbon dioxide is heavier and more dense, and sinks to the ground. It's partly why smog exists, and tends to cling to valley-based cities. It simply doesn't form a greenhouse-like dome. It's what frustrates me about global warming theorists: you have to ignore chemistry and physics to accept their peer review, and how the hell did that happen? Also, fun fact, sea life has so much impact on the carbon-oxygen cycle that we could clearcut all of Europe and the global standard content would change little in comparison. In fact, temperatures change before instances of carbon drops or spikes. But the UN and NASA fire people who claim such things.
Click to expand...

But doesn't the sun rays still go though the carbon dioxide even if it is on the ground and still get trapped as the reflected rays cant escape? Also, I thought the reason the greenhouse effect was called that way not because it forms a dome, but it acts similar to a greenhouse, which is letting sun rays in and keeping the reflected rays in. I'm not looking to start a debate, I'm just curious about it.
Click to expand...

To answer the initial question, if I recall correctly:

1. Sun emits UV light (along with other ranges, eg visible) in all directions, including toward earth.
2. UV light travels through atmosphere, is absorbed by earth.
3. Earth doesn't want the energy, re-emits it as IR.
4. "Greenhouse gases" (GHGs) absorb in the IR region (but, crucially, not in the UV, so they allow the photon to pass unhindered on its way in but can intercept it on its way back to space).
5. GHGs don't want the energy either, re-emit it (still as IR) in a random direction, including back toward earth (or to other GHG molecules).

In effect, the "random direction" part of point 5 is the crux of it - basically, the earth system hangs onto the energy for that bit longer, as that photon can be absorbed and re-emitted many, many times before it eventually escapes to space again. While the energy is held, the earth system is slightly warmer. Greater concentration of GHGs in the atmosphere means IR radiation is absorbed more efficiently (greater chance of intercepting IR photons from earth, from each other, etc), thus keeping the energy in the earth system for longer (ie, warming it). Furthermore, CO2 (or other GHGs for that matter) doesn't need to form a structured "dome" - as long as it's between earth and space it can intercept photons. Nor could such a structured dome form, as there is a certain degree of mixing (eg turbulence from wind), especially in the troposphere.

EDIT: Just saw the "...is false" part of the initial post. D'oh. Leaving explanation up though, [optimism] Who knows, it might educate someone [/optimism]. But yah, 1) Read greenhouse effect above; b) CO2, CH4, etc are GHGs; c) Human activities increase levels of bespoke GHGs. Not much wiggle-room in those three, therefore increase in global average temperature shouldn't be a big damn surprise to anyone (not that mean temperature is the only aspect of climate change).
T

Global warming is actually not the most imminent threat to our planet.
If you want a factual rundown on the state of our planet i would suggest watching this scientist explain the ongoing Geo Engineering and its measurable effects on the planet as a whole:
http://www.youtube.com/watch?v=c34U0Pwz4_c

If you cba to click here are a couple important facts you should be aware of:

The current rate of species extinction for over a year now has been an average of 200 species per day.
In other words we are already in the middle of global extinction. If nothing is done we have a matter of years not decades left until life on this planet is no longer sustainable.


Plankton (the basis of all sea life and a vital source of oxygen) is currently down by 50%. Once that is gone the oceans are dead.
We are already half way there and nothing is being done to reverse or even slow this decline, in fact we are escalating our destruction of the oceans at an alarming rate.
Show hidden low quality content
You must log in or register to reply here.
Share:
Facebook Twitter Reddit Pinterest Tumblr WhatsApp Email Link
Top Bottom