One lucky UK resident has won themselves a Guitar Hero 5 Bundle, compliments of Activision! The highly anticipated Guitar Hero 5 elevates the Guitar Hero series to new heights, making it even more fun to play and an authentic experience for seasoned music gamers and first-time players alike.

Congrats to [user]LazerFX[/user]! Get ready to rock out! 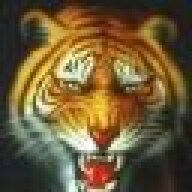 Good stuff. We now demand a review of the game once you have played it, or else they are going to take it from you and give it to me. They told me so.

I am sad it is not me but happy for Lazer, hooray.
O

hubertw47 said:
Isn't he using PS3 he'd be pretty annyed to get an Xbox verson.
Click to expand...

The competition was for the game on a platform of the winner's choice. Common sense, dude.

Anyway, congrats fella. I'd actually forgotten all about this competition - sod's law says I would've won it if I'd bothered to go out and buy the game today. Can't complain though, I won a competition on here before so s'all good.

Well, I've never before gotten into the whole rhythm game scene, so it's doubly cool. The high cost of entry always put me off - it was £40 for the game, plus £40-£80+ for the instruments... yikes! So getting the guitar and the game (Yes - for the PS3 ) is really neat.

Congrats!! Although a slight Boo cause i wanted it

Congrats dude, though I am a little jealous.


LazerFX said:
I'll try and remember to come back and do a review once I've finished
Click to expand...

Hehe Well, I'm going to post here once I've gotten the game, and post first impressions and such. As I've never had a game like this before, I'm not really sure what to expect...

Well, the game has arrived. My wrist now hurts - holding the guitar is painful if you don't move for a while

So - first impressions. I wish there was different music, it's not really my style... Oh well, let's go with what we've got. Good tutorials - I need them, because I suck. The character creation is _really_ detailed, that's very neat. Oooh, you can customise just about everything.

OK, I think I've got my character created now (Yes, I did spend that long fiddling with it!). Let's go play some music. Oh - I can only play a few songs - fair enough, I unlock more as I proceed. But what if there are none that I want to play, or that I like? That's... disappointing. The playback is cool, but all the dancing and stuff in the background is very distracting - I'd rather have ambient graphics rather than actual animated players and stuff. Still, it's good for onlookers, I suppose.

I'm not very good at this!

Oh, monitor calibration. That's cool - it's picked up that I'm missing a lot of beats by a slight amount, and sent me to calibrate with the monitor. Sure enough, there's a noticeable lag (Around 45ms according to the calibrator), which is now fixed. That's a known issue with the Dell 2408WFP 24", which normally doesn't cause an issue... Calibration was easy too.

Hmmm - I still can't play, but it's quite a bit easier now. Let's try that song again... OK, I think I'm getting the hang of this. Finished my first song... 93%, 82 note streak. Holding the guitar flat so I don't turn on star power all the time is rather annoying - I'd rather have it upright. In fact, it gets my wrist... quite a bit. Ouch.

Time to give it a break