Yahtzee, I really do like you. And by "you" I mean the stuff you do. As Yahtzee.

Please, don't try to be Maddox too much, which I have a strony impression of you trying to do more and more with each Extra Punctuation. It just doesn't suit you, you're good when you're being witty by noticing stuff in games few other people would notice. Not so much when you're trying to be witty by stressing how awesome you are.

I thought this was utter satire, but if this many people are into it, maybe I'm missing something. Probably not, but I figure I can afford to believe this might not just be some sort of collective experiment to prank me.

Then again, it seems to be just the kind of hodepodge Yahtzee seems to take a stand against, so I'm leaning towards "pisstake." 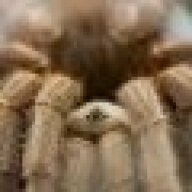 oh yahtzee i already worship you.

*continues with creepy chanting*
A

What - nobody mentioned Lute Hero [http://www.adamandjamie.com/mod/] yet?

That was a funny read. However I find myself wishing it existed.

Yahtzee, I command thee to make this. Then we'll see. We'll probably need a guest reviewer for 'Zero Punctuation', because you yourself aren't going to be picky about this 'visionary work of genius', I reckon. 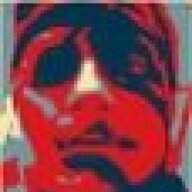 Meh.
In my opinion its good in theory, but when I try to picture myself playing, it just seems boring.
A+ for effort but it just seems like an excuse to use the guitar peripheral in something besides a music game.
back to the drawing board. 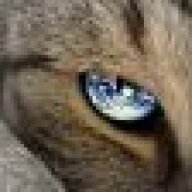 I totally agree!
Finally, something that big hunk o' junk can be used for without the strainious repetition from all the other games.
How about using the whammy bar to do unbelievable, death defying stunt everytime you drive off a ramp in your van.
Also, during the combat phase and an enemy gets on top of you, you can use the tilt function to smack him in the face with the head of the guitar, afterwards playing a random, three string chord to do extra damage and make him fly back.
Making the boss battle co-op would also rock! (pun totally intended)
The other guitarist could deflect the boss's attacks, the singer could stun him by singing off-key, and the drummer would be making noise in the background.

spikenog said:
Anyone else finding this Yahtzee guy to be getting old? I mean, is he even funny anymore?
Click to expand...

On topic: I can't help but question why you can't use two controllers, both the regular one and the guitar. Switch between them depending on the scenario and play on.
A

how dous the van get driven when your struming to the music?
P

You could have a guitar-gun like the one in Once upon a time in Mexico, that was an awesome film.

I prefer Gitaroo Man to any Guitar Hero game

wow, that sounds awful, like really, really awful, i cant imagine the controls working in anyway, and even the concept sounds bad, quicktime events and grinding (granted grinding guitar solos is better than one click combat but still).

an amusing read, but i honestly thought there would be some better ideas inside that beautiful head of yours. 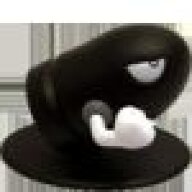 KDR_11k said:
You should use the motion sensor (at least the Wii guitar should have one) to let people go Knorkator with the guitar and smash things directly as an emergency measure (e.g. a full circle swing to knock all nearby enemies back but it wears your guitar down and if you use it too much the guitar breaks).
Click to expand...

This is the first thing I thought of.

But - that's pretty good. And... kind of... flawed, too. Don't get me wrong, it'd sell like hot cakes.
Something about it, though. Probably the novelty. 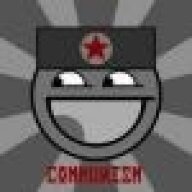 Luckily I am a billionair and a programmer that would totally invest in that game. Also I know an artist and all the best voice-actors ever.

Alright that was a lie. But I would if I could

swaki said:
wow, that sounds awful, like really, really awful, i cant imagine the controls working in anyway, and even the concept sounds bad, quicktime events and grinding (granted grinding guitar solos is better than one click combat but still).

an amusing read, but i honestly thought there would be some better ideas inside that beautiful head of yours.
Click to expand...

FFFFUU-
I forgot about the silly car mission parts.
Yeah, it'd be bad. 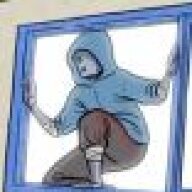 Reminds me of the idea for a music RPG this guy [http://host-a.net/tomrussell/quarterly2.pdf] had (page 58). On some level, at least.