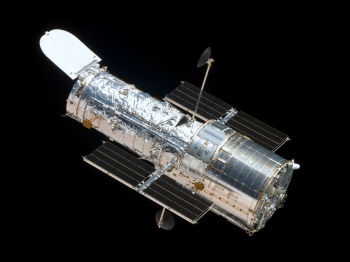 The Hubble Space Telescope turns 25 years old this week - prompting a look back at amazing photos.

On April 24, 1990, NASA launched <a href=http://www.escapistmagazine.com/tag/view/hubble>the Hubble Space Telescope from from its Kennedy launch site. NASA's goal was simple - use an orbital position beyond Earth's atmosphere to take high-resolution photos without background light ruining the image. And for the next 25 years it did exactly that, <a href=http://www.escapistmagazine.com/news/view/139394-How-Space-Porn-Ties-Together-Mars-SpaceX-Hubble-and-Kepler>greatly expanding our knowledge of the universe in the process. That's an achievement well worth celebrating - ideally while looking at countless space pictures and saying "Damn, that's a beautiful universe".

It's worth noting that Hubble wasn't the first space telescope ever launched - that honor went <a href=http://en.wikipedia.org/wiki/High_Energy_Astronomy_Observatory_3>to HEAO 3 in 1979. But even today, <a href=http://en.wikipedia.org/wiki/Hubble_Space_Telescope>it remains one of the largest and most versatile in operation. That's thanks largely to Hubble being the only telescope designed to be serviced in space, which happened five times from 1990 to 2009. Even though no further service missions are planned, the telescope is expected to operate until 2020 - and may even continue to do so until its orbit decays in the 2030s.

Today, the Hubble Telescope is perhaps the most recognizable name is space photography, with <a href=http://archive.stsci.edu/hst/bibliography/pubstat.html>well over 9000 peer-reviewed papers published about its data. Sadly, the Hubble's mission can't continue forever - NASA already has plans to replace it with the <a href=http://phys.org/news/2015-04-powerful-space-telescope.html>powerful James Webb Space Telescope in 2018. But for almost thirty years, almost the entire lives of some readers, the Hubble Telescope brought us the stars. That's a remarkable contribution which we at The Escapist salute its engineers for.


Yes I know what you meant

Some damn nice pics, sad that their abandoning Hubble though, they should keep it going!
M

The kind of thing that can make you feel like a kid again, thanks, Hubble! 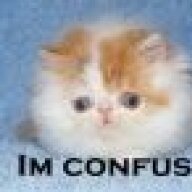 Always nice to browse through some hubble photographs.

I also appreciate them even more after I started dabbling in astrophotography. Even simple pics of nebulae, galaxies and planets are pretty hard to get right.

You'd never see these things like you do in pictures. Nebulae etc. are diffuse and dim, you'd need HUGE robot eyes capable of taking long exposures to really see anything.