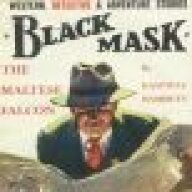 One of the mainstays of Disney's theme parks is the Haunted Mansion. But in Hong Kong, it is called Mystic Manor, and it could be scarier than its counterpart.

Nice! Two cultural tendrils reaching out to each other... through horror.

I think the reason why Halloween has been gaining acceptance in HK is due to the fact that increasingly the younger generation doesn't care as much about traditions as the previous one.

Disney Land's main rival in HK, Ocean Park, has been running their <a href=http://halloween.oceanpark.com.hk/en>own Halloween event for years now, incorporating local folklore/scares like the Jiangshi. Horror films had been a mainstay of Hong Kong cinema for many years- especially popular during the summer in July of the lunar calender, which is known as the <a href=http://en.wikipedia.org/wiki/Ghost_Festival>month of the dead

But above all I think Disneyland were overly sensitive about the Haunted Mannsion. Whilst older, more traditional people might not see the fun most people would have been able to understand that this is a fictional scare that is meant to be fun. 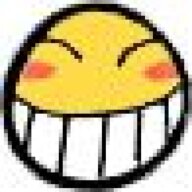 This is really interesting! I think they have similar issues with 'haunted' property in Japan. I read a manga where a character had a job where he'd temporarily live in haunted houses. Since nobody wants to live in a place where a person was murdered or committed suicide, landlords have to give full disclosure about the previous tenant or risk having the lease voided. However, there's a legal loophole where the full disclosure only applies to the last occupant, so they'd hire him to live there for a token fee until they could find real tenants, and then they'd only have to be informed about this guy.

I know China has a lot of issues to work out, but I never guessed crippling superstition would be one of them, especially after Mao's cultural revolution.

I want to know what the article means about a "trackless" system. How do the ride cars work, then?

To think people still believe in superstitions in this day and age...