How Much is Alan Wake Worth?

How Much is Alan Wake Worth?

An hour of Alan Wake is worth more than an hour of Borderlands. Except for when it isn't.

It irks me to see people leave comments about games saying "no mutliplayer no buy", as well as a "short" playing time generating a game tonnes of undeserved hate. 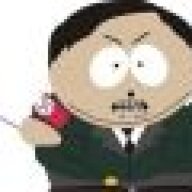 DEUS EX AND FALLOUT 3. No? Well it was worth the try. Probably the only 2 games I would ever even remotely consider buying 4 times!

Except in Canada the game will cost $70USD even though our dollars are nearly identical right now and after tax that comes to $80USD which then means it costs me $6.66... an hour

but that's not really the point. If I want to do a 16 hour session with a game I want to be able to. Beating a game in a single sitting like that seems like a waste of $80 dollars. I no longer see it as an hourly break down but as "I spent $80 on today's entertainment". That's too much, sorry. I may as well just rent it. 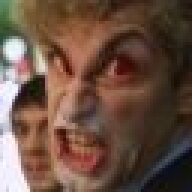 "I've paid full price for game that I never even finished, yet still felt completely satisfied with."

Can anyone ever honestly say that they have finished a game like Obilivion?

B0BX said:
"I've paid full price for game that I never even finished, yet still felt completely satisfied with."

I have honestly finished Oblivion. I'm pretty sure it took about 300 hours, but I became the top of every guild, and I think I did every sidequest and the main quest.

Interesting fact, since I save so much I had 1.1 gigs of save data.

While I agree that a game that last longer isn't necessarily 'worth' more than a shorter game, I would hesitate to pay ?60 for 10 hours worth of gameplay. While shorter games aren't necessarily worse games, I do have a sort of personal minimum that I expect to get out of a game. Whether it's a simple arcade game I'll play through a dozen times or a huge game I'll only play once, there's a certain minimum time I expect to be entertained by it. A bad game that gets unbearably boring 10 hours in is worth about as much as a good game that is 100% finished after 10 hours, in that way. It's not my primary concern when shopping for new games, but certainly one I take into consideration when making my choices.

Besides, if you can finish a game in one (long) session, there's little reason not to just rent it and return it when you're done.

Well I think I can quantify fun. If we use this formula

Total fun= ((how likely are you to die from happiness from 1-10 during certain moments in the game)*(how long these moments last)) /(total game cost -(0.5% total game cost for every hour of total gameplay)) 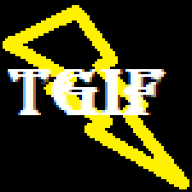 My friends and I had this running gag with ourselves that included a copy of The Bouncer (terrible game but it had multiplayer brawling on the PS2). One of us would buy it we would all play it to get all of the characters, cry at the unfairness of the final final boss, play the multiplayer for a while, something new would come out, we would sell The Bouncer, come back a few months later and say, "Hey! Look! Its the Bouncer let's play it!", rinse and repeat. I think this happened at least five times. It was always selling for like $5.

This is why I rent though. Sometimes I want to play one of those short games but you have to admit it's hard to put down $60 for something you'll be done with in a week.

But you also have to wonder, why would developers pour all this work into building a really great game with cool mechanics and an interesting look only to make it a weekend visit. Sounds like they're gypping themselves.

AC10 said:
Except in Canada the game will cost $70USD even though our dollars are nearly identical right now and after tax that comes to $80USD which then means it costs me $6.66... an hour

but that's not really the point. If I want to do a 16 hour session with a game I want to be able to. Beating a game in a single sitting like that seems like a waste of $80 dollars. I no longer see it as an hourly break down but as "I spent $80 on today's entertainment". That's too much, sorry. I may as well just rent it.
Click to expand...

I don't mind paying for a game with no replay value, as long as I had fun playing it. The length of the game doesn't even worry me that much. With the odd exception nearly every big name game that comes out gets finished in 2-3 days anyway.

What I do expect, regardless of how much I payed for it or how long it is, is that there are no game breaking bugs.

Well I guess the best solution for these types of games is making them episodic, but unlike Valves example with Half-Life. You have a well planned out game with DLCs that come out on a timely bases, and unlike some DLCs, you're not getting material that suppose to come mid game like Mass Effect or Fallout.

For example take Heavy Rain, the DLC that comes with the game is some mid-game material, and the question is what's the point of it if we've already beaten the game and in this case solved the murder mystery?

Heavy Rain should have been an on going process like a TV drama, where episodically we'd get tid bits to the murder mystery, hell if it was done like this we could have had the "who shot JR" of video games.

Alan Wake should also take this example, and if the game concludes after the 8 hour mark, the DLCs just won't be interesting. It'll just be like the second half of the second season to Twin Peaks when the murder mystery was solved, and the reason I bring up that TV show from the early 90s is considering how heavily this game is suppose to be inspired by it.

Did the developers learn anything from the mistakes made in Twin Peaks when the ratings dropped and the show was canceled?

Yeah, hard to argue with that, really. In the one game's case, it makes a certain amount of sense because each version was somewhat different. In the other game's case....I was being at least somewhat loony.

Monopoly and Tetris? I'm guess on different formats if for the 2 if I'm right or wrong.
S

I was going to guess one of them is Silent Hill 2, both the original and then the special edition one on the Xbox with the extra level, but that still leaves me two short Greatest hits and platinum hits editions maybe? No idea what the other game would be. You'll tell us, right? I'm curious.

I'm getting Alan Wake because it looks like a throw back to "good" horror, not "jump out and shock you" horror. Don't care how short or long it is. 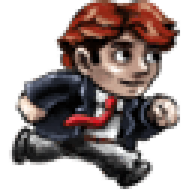 I bought 3 copies of World of Goo (first came out, as a gift with pay-what-you-want sale, Humble Indie Bundle), and I own 3 copies of Deus Ex (original, was gifted the GotY, then steam sale for 2.50). I almost bout a fourth copy of Goo because it was bundled with some other things...

But yeah, great article. The only thing I would add is that it's possible to sell a slightly used copy of Alan Wake and get some money returned, such that it doesn't cost full price in the long run. If Alan Wake isn't worth $60, would Alan Wake be worth ~20-30 dollars?

I will, of course, reveal the two games eventually. But I'd like to hear some other guesses first.

I agree...upto the point where this becomes a argument that longer / games with more features should cost more. I live in Ireland, an average game is ?50 - 60 new, which is what...$60 - 75...about that. And if we agree to the argument that more costs more (which is the flipside of the "too short" argument, which I don't agree with because in my opinion MW2 was too short, as I was left completely by the multi-player)...and if there is a grading of release cost, whats to bet that what is now the "normal" price becomes the lowest price.