How to Make A Slasher Video Game

How to Make A Slasher Video Game

Until Dawn is probably the best David Cage-style 'interactive story' type game I've played. Which sounds like damning with faint praise, and almost certainly is.

And then the mass media would decry it as a murder simulator. Which means it will never get made outside an indie game.
A

So...you basically want a GOOD Hitman game with a slasher film skin over it?

I'm down for that.

Yeah during the investigation phase you find out who their friends are, so later you can kill the friends and get the target's cell phone number off the dead friend's phone and then start sending them creepy text messages
M

Funny, a lot of what you described was already made into a game called Party Hard.

Exactly my first thought pool upon learning of this game. Imagine your own custom serial killer creation screen, favoured fatalities, weapons of choice, style of clues to seed paranoia to the police. This train of thought really maintains one's erection, i must say!

"peering inquisitively into the workings of threshing machines, "

Nice captcha. It's an ad. You're not asking me whether I'm a bot, you're asking me to repeat a company slogan back...
K

I had a similar (though less violent) concept for a game like this awhile back were you play as a ghost trying to scare people out of your big old mansion that's been converted into flats (or student accommodation).

Basically an anti-stealth game where you are start completely invisible and have only limited ability to interact with the environment (tacticly opening music boxes or scratching out faces on family portraits etc.) until people start believing in you more... then you can go full poltergeist on them and drive them away and get your house back.

And make it class based, so you can be a Norman Bates, a Freddy Krueger, or a Jigsaw, with extra skill trees and equipment for each.

So, Naughty Bear but with humans instead of teddybears, and some more elements?

09philj said:
And make it class based, so you can be a Norman Bates, a Freddy Krueger, or a Jigsaw, with extra skill trees and equipment for each.
Click to expand...

I don't think skill trees would be the way to go with this. There's no fun development of your own character to be had, the fun is in how you manipulate others. Slasher villains don't have character arcs or personal growth, they just show up with their full suite of powers (which is generally 'stab a guy,' 'appear suddenly and stab a guy,' and sometimes 'unusual trick manipulating the environment, and then stab a guy'). As well, it's not like there's tiers of enemies for you to face down; if you're going up against a SWAT team, or anything really beyond that one cop who believes the stories, you're out of slasher films.

Keep it very simple on the character front, and put the complexity in the areas you have for your crimes, with opportunities for traps and uniquely gory deaths. It's like an arcade game, where the challenge is not in getting through the level but in getting the highest score.

OT: While reading the article, I kept picturing a mash-up between Geist and Party Hard.

I found it funny that the cops will haul away the drunk passed out guy who's found in the same area as the body, or just nightstick some random dancer. Or sometimes just plain run over people out in front of the house as they pull up.

Sounds like a Hitman game without the weird clone plots. 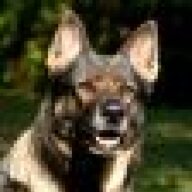 I must say, the idea has a certain appeal... the next "A Yahtzee Croshaw Game" confirmed?
T

What movie are those screenshots from? It looks vaguely familiar but I can't place it.

That said, I've had similar ideas for a game for a long time, I think as Yahtzee points out a lot of people have. Getting around the "murder simulator" thing would be simply to give the protagonist-killer a sympathetic motive of sorts, as far as such things go. Have the protagonist be cursed or something, and some eventual meta plot leading to them being freed from their curse at the conclusion of the game.

That said I had the thought largely in regards to open world crime games, especially Saint's Row where you could wear weird costumes and stuff. The missions largely being what Yahtzee describes, but the game also being designed so the various "rampages" don't have to be kept entirely separate from the main storyline.

One of the big reasons I thought of it as well is simply because there are computerized/organizational systems like the old VICAPS to predict criminal behavior and assist with the apprehension of criminals. I was thinking part of the missions could be playing against the equivalent of such things, with degrees of success coming not only from killing but doing it in such a way that makes you harder to catch. Leave behind too much evidence and there would be penalties where the police eventually raid your horror bad guy lair in the abandoned basement under the local high school, or on the 13th floor of an insane asylum or whatever. I envisioned the game as having a sort of "terror meter" or whatever which goes up from things like torture and messy kills, which of course makes things harder to get away with, and losing your lair and trophies would reset that making you comparatively weaker, some missions might also require a certain level of terror to be present.

The true beauty of this "slasher-film" game idea is it can copy the other aspect of that sub-genre of movies: SEQUELS! Endless sequels that copy the same basic formula, with retcons and reboots too! You'd make a mint!

Nice captcha. It's an ad. You're not asking me whether I'm a bot, you're asking me to repeat a company slogan back...
Click to expand...

Mine asked me what Verizon Wireless is offering me. I don't know which one is right!
E