How Witcher 3 Breaks all the Rules

Charcharo said:
The Witcher 3 does actually cheat on some of these due to its (superior to the games) book origins.

But yeah. It aint STALKER but it is great. Sure it is shite compared to the books but then again all video games are. It is just our young art form still maturing... and some cuts being made not to rustle gamer only/non book reader jimmies.

I will say that some choices arent really correctly done or lack depth despite how deep they may seem. And that the world is not perfect and is kind of static most of the time. But all open world games except STALKER are like that so big deal.

Still for everyone who liked the game - Read. The. Books.
If you played the game and liked it... that is the next and bigger, better step.
Click to expand...

Oh man I forgot you'd be here when I clicked on the thread. Hey buddy!


OT: Evidently CD Projekt Red used their resources for a single project, rather than the across-the-board roulette game lots of other companies like to play.

I'm pretty sure there's two version of Witcher 3 flying around and I got given the crappy version for some reason because all the praise I hear does not match even remotely to what I played.

The amount of dialogue I had in my game was a bit below your typical bioware, most dialogue had only one branch (with two or three different option) and rarely could I ask for more information (like the usual left option in bioware game). So both grand total and typical gameplay must be about 75-80% of your typical bioware.

The big choice were really not that varied, maybe 10-15 in the entire game counting side quest, and many of the imported choice from W2 didn't seems to matter, I don't think anyone ever even mentioned that I sided with the elves. Plus many of them didn't seem to have any impact on the game. *spoiler following* I mean after I killed Radovich you'd expect some big change, he's supposed to be the only person holding the north together so war's over, the souther king must be overjoyed, surely he'd comment on it. Well not in my game, nothing changed at all. Same for most choice, on top of my head the only one I can recall with impact were the tower ghost, saving the heart of the forest, what to says to Keira Metz (anyone would honestly tell her to go to Radovich?), who to support for king of the isle and what to say to Ciri end game.

Variety was also way lower than I'd expect, I'd regularly see the exact same NPC in different role, it'd be really weird to see some guy I did a quest for 10 hour ago not recognize me. Crazy how much trouble they can get into if your not watching them constantly, they also like to move to different village quite a lot.

The combat system was repetitive and lacked variety. All of the weapon in the game are the exact same in speed, moves and reach and my Geralt clearly didn't know how to use a sword, he would very often jump in the air swinging the sword away from the enemy to do a flying 360 attack, leaving him incredibly open for attack. Fighting an enemy at level 5 and 35 was pretty much the exact same experience. Most magic weren't worth investing into (apparently the cool stuff got patched out), wind gust and fire did very little damage, about the same as 1-2 sword hit and couldn't be really relied on since they had to be recharged between every shot, the charm didn't last nearly long enough (the mind control was useful, but it get boring watching ally slaughter each others and would very often just not work) the slow area was ridiculously small. The only magic worth using was the shield which trivialize most fight. The bomb were weak and having to constantly meditate between fight got real old real fast. The oil I had has to be on of the worst way to implement a system I've ever see, get this, the game wouldn't tell you how many hit you had left, not in the in game UI but not even in the in game menu, all you'd see was a little teardrop icon on your weapon. So when fighting an enemy using oil you'd have to repeatedly open the menu to check if it was still on (so visceral!). And there were tons of small annoyance, like Geralt being unable to attack enemy on uneven terrain, seeing him viciously attack the air right above the enemy head is not all that interesting. Enemy were also really not that varied, there were humanoid one, flying one, giant flying one and that was pretty much it, course part of the reason is that every single enemy could be easily defeated with shield then button mash until you get hit then shield again (if shield is not ready, spam roll).

There also wasn't much play style customization, the skill tree was really small and most of it was just passive stats boost, you can't really play any other way than hitting enemy with sword. Bomb run out way too fast on big enemy (maybe it's different at very easy, only played at the two highest difficulty setting) and magic, I guess if you like to only poke enemy every two seconds. Everything else ultimately came down to making you better at hitting the enemy, which again, wouldn't actually change how you play just affected the size of the number. Same for looting, every armor and weapon was the exact same, just different number. If you compare it to say mass effect 2, with it's puny little skill tree and nearly no looting system to spec of, well at least the skill had options, the different class would play very differently and the weapon handle differently. I dunno what "various power and ability to unlock" you had, when I played there were 7 (5 alternate magic and 2 special move for heavy and weak attack), it really wasn't practical to unlock all of them so you'd realistically have 2-3 of those. Crafting was about as interesting as your average mmo crafting, just giving you bigger stats stick.

Most of the world also looked pretty much the same, listing them all there were, forest, marsh, cave, elven ruin, normal ruin, mountain, sea/lake, snowy place, small town, medium town, big town, Novigrad. A bit bellow variety of most open world, I mean it was big, but wasn't much difference.

And then there was so many more little things that always go un mentioned, like the ridiculous number of bug, quest that can't be completed, random crash, invincible enemy, stuff not loading (including everything in the most important scene in the game, was a bit hard to get moved when the character were just floating in a sky box). Then the embarrassingly bad level distribution of enemy and quest, like a level 30ish boss, 2 min walk away from the initial spawn location in Velen that's behind level 5 enemy, wasted a good 15 min on it just to find out it was over leveling me, or just random enemy that are way higher level than anything around them. Or the opposite, really low level quest that you stumble upon in area 10 level higher than them. The main quest was for the most part just random side quest badly stitched together, the entire Novigrad portion was entirely useless to the overall scheme of things, the Velen one was only useful trough a stupid coincidence that had nothing to do with why you were there.

Chaos Isaac said:
Man. I keep being surprised by how people like the buggy, contrived mess that is Witcher 3 so much.
Oh man, and the choices, when I kill someone off and they come back later anyways, what meaning!

I know that fallout 4 had its bugs, but I had way more problems with Witcher 3.

Chaos Isaac said:
Man. I keep being surprised by how people like the buggy, contrived mess that is Witcher 3 so much.
Oh man, and the choices, when I kill someone off and they come back later anyways, what meaning!

I know that fallout 4 had its bugs, but I had way more problems with Witcher 3.
Click to expand...

Witcher 3 is not perfect, but it is better. And the fact that Fallout 4 is Bethesda's fifth Gigantic Open World game and are a much richer western studio whilst CDPR's Witcher 3 is their first open world game... is telling. The difference in the programming and QA teams is gigantic and completely in favor of the Witcher 3.
Click to expand...

I cant tell you about consoles but I've had far more crashes from Witcher 3, more broken quest lines and the same amount of silly bugs. I do have to say that Fallout 4 has weirder bugs, like in the Witcher 3, I'd commonly find bear stuck in objects, but flying in the air for fallout 4. 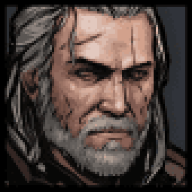