How would you react if Disney bought the rights to Dr. Seuss?

Dr. Seuss would be a great fit for Disney. Disney and Dr. Seuss's works are both beloved children's IPs that have a whimsical feel to them.
H

CastletonSnob said:
How would you react if Disney bought the rights to Dr. Seuss?

Dr. Seuss would be a great fit for Disney. Disney and Dr. Seuss's works are both beloved children's IPs that have a whimsical feel to them.
Click to expand...

Don't really care. Never really was a big fan of dr. seuss, even as a kid. I find nothing magical or special about it that warrants any level of special regard. Having become an adult, I find some of the "lessons" he imparts in his writings to be fairly bad lessons. 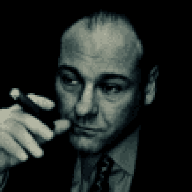 Disney's monopoly needs to stop. They already own 35 percent of the movie market as of last year. Insane.

Pisses me off that there are almost zero new 20th Century Fox Ultra HD and Blu-ray movies/TV shows since the purchase. Catalog (older) titles, I mean. Of course they're gonna release ones that just came out a few years ago.

I don't like how they remake their movies so that they can keep the rights. I've seen Beauty and the Beast and The Jungle Book and have no interest in more remakes. Let other companies have a go at some of these stories, who hopefully won't just try to bank on nostalgia as Disney so often does.

If Dr. Seuss fails and they lose interest, expect them to simply sit on those stories and never give them up. Maybe release a lazy direct to video (Edit: Or, I guess I should say director to Disney+) movie every couple of decades so that they can keep the rights.
Last edited: Oct 13, 2020

"I'm here to talk to you about the Green Eggs and Ham initiative"
Reactions: Hawki

No, because they aren't doing great with their reboots and how they are handling Star Wars. Which is a shame, since they have the money and data to know what people want.

Aside from Green eggs and ham, and the Grinch, I don't have that much fondness for Dr seuss. I used to have a lot of the books when I was a kid, but I gave those away a long time ago. If Disney even thinks about it, someone's getting an axe to the back. So they can piss off. They got enough properties already. The fact that they bought Fox means that I won't be getting another Alita is a sore spot for me too.
Reactions: MrCalavera 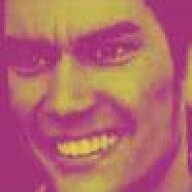 I'm not that familiar with Dr. Seuss, aside from the famous stuff(Grinch and The Cat in the Hat), and one cartoon which name i can't remember.
Still, i wouldn't want Disney own more properties than they already do.
They also aren't the best company out there to handle child-friendly properties, just the biggest one.

Ask me about eggs and ham?
I'm indifferent, Sam I am.