Image Comics Will Now Mail Comics to Your Doorstep

Image Comics Will Now Mail Comics to Your Doorstep 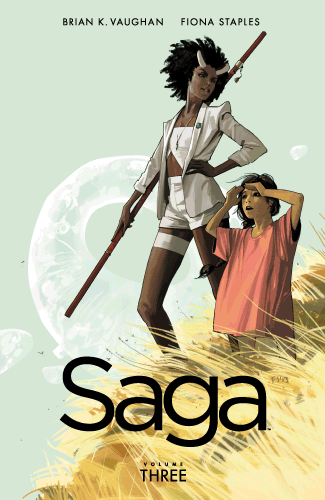 Image Direct will eliminate the inconvenience of traveling to a store for anyone who has to go out of the way to pick up comics.

Rat Queens [http://escapistmagazine.com/tag/view/image%20comics] and have them shipped to their door. Subscribers can receive discounts depending on how many issue subscriptions they buy.

Plenty of comic readers visit local stores or buy issues digitally. However, Image Comics stated it has received several requests for a different way to keep up with comics.

"Even with all the wonderful work our retail partners in the Direct Market do, the number one comment we get from fans is they frequently can't find the Image titles they're looking for," publisher Eric Stephenson said. "Given that there are fewer comic book stores than ever before, we're hoping that Image Direct makes our titles available to fans who don't have easy access to a local comic book store, or whose shop doesn't carry the full range of Image titles."

With Image Direct, subscribers will receive comics in one shipment at the end of each month instead of buying comics week-by-week. Image Comics said this is to keep shipping costs down.

Shipping costs are as low as one dollar per issue and $12 for a 12-issue subscription via First Class Mail. This method places the comics in a padded envelope or a sturdy box with bubble wrap if you're receiving four or five comics a month. Image Direct also offers a shipping method that includes a bag and board will better protect comics for people who want them in perfect condition. This method is a little more expensive though: $3.25 per issue for one subscription, $1.25 per issue for each additional subscription (e.g. $39 for a 12-issue subscription). For now Image Comics only ships to the continental U.S.

This is hardly a new idea; Marvel and DC have had subscription services for a while. Image Direct isn't for people who can easily reach a store, but with fewer stores around, Image Comics has the right idea of trying to get its comics in the hands of as many people as possible. 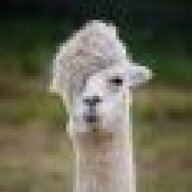 I didn't realize Marvel and DC already had these. I feel dumb for not knowing that. Glad Image is getting in on it.

JackgarPrime said:
I didn't realize Marvel and DC already had these. I feel dumb for not knowing that. Glad Image is getting in on it.
Click to expand...

I had subscriptions with Marvel for YEARS long ago. If you have a comic book store near your house it's really not worth the extra cost. I only did it because I wasn't old enough to drive yet.

Still, it's a nice option to have for those of us who don't have comic shops nearby.

This also reminded me that I need to start reading Saga again...

Well, I'm Swedish. This is probably not available here. Or it is, and costs a fortune. But I live close to a big comics shop, so I'm set.

My favorite comic shop owner passed away last year. Since image is my favorite thing since ever I guess this answers my question of what to do next.
W

Seriously, though... this is good news for people without a FLCS. No one should be deprived of Saga, Rat Queens, Sex Criminals, and Walking Dead.
D

Sounds like they are shipping with collectors in mind. I had a DC sub a while back and they shipped it such that the comics themselves got the old USPS treatment- run over several times.

Marvel and DC's direct mail subscriptions aren't recent. Heck they predate the Silver Age. The old comics used to have mail in yearly subsciption forms and pull lists. In the 80's and 90's it was the comic store direct publishers like Image Comico and others that were the newfangled oddballs with different ways of doing business.

and I recently discovered digital comics are actually pretty cool


Lightknight said:
My favorite comic shop owner passed away last year. Since image is my favorite thing since ever I guess this answers my question of what to do next.
Click to expand...

although its based on a video from a long time ago (and one of his comics are weird tangents) moviebob seemed quite dissmissive of image...like youngblood and spawn are not what image looks like thease days and when he raised the hypothetical question (can i read comics without worrying about continuity?] his answer appeared to be no
P

Am I an idiot for assuming all comic book companies already had subscription services? I mean, I subscribed to Donald Duck and Bamse when I was a kid, and I'm pretty sure The Phantom and all the other ones had them as well. 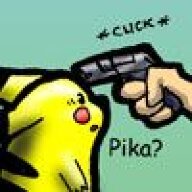 I like my friendly local gaming and comic store [http://kapowltd.com/], I think I'll still continue to support my local business'...

I can understand why some people would want this kind of service, but for me, 90% of getting new comics is talking with the staff and the other patrons, and its always nice to just go and sit down and bang out a game of EDH/Commander while I'm at it.
J

Does this strike anyone else as Image not just arriving late to the party, but 30 years after the building the party was in was converted into cheap housing? Not just because other companies have been doing this off and on for years, but with more and more people making the move to digital, it doesn't seem like a smart move to dedicate staff to this.
Show hidden low quality content
You must log in or register to reply here.
Share:
Facebook Twitter Reddit Pinterest Tumblr WhatsApp Email Link
Top Bottom