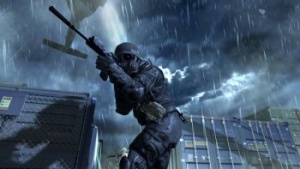 Infinity Ward has extended its contract with Activision and may be working on new material.

Community Manager Robert Bowling said in a blog post that the studio has renewed its publishing deal with Activision, which is not surprising given the massive success of Call of Duty IV (pictured). But the deal also apparently opened up room for the studio to work on something different.

"The recently renegotiated deal may not seem like much of an impact from the outside perspective, but it has laid the ground work and kick started our future project, as well as the possibility of a unique new IP by Infinity Ward, that we'll have complete control over," Bowling said.

He did not elaborate on the nature of the new plan, its substance, or time frame.