Insurgent isn't special. It's just another young adult dystopian movie, more along the lines of City of Ember than The Hunger Games.

Having read the book recently, there's no surprise that this one is being received so negatively. Just about nothing happens until about 2/3 in at best, and from what I can tell, the movie went and changed up a few things and STILL manages to be boring as hell.

All these similar sounding YA Dystopia series remind me of the Simpsons episode that revealed how all those kinds of books are REALLY written, guest starring Neil Gaiman as himself. I remember pointing this out in one of either Yahtzee or MovieBob's videos.

I've never watched the movies or read the books (and have zero interest in them) but am I the only one who doesn't find Shailene Woodley attractive in the slightest? I always just assumed in these YA series that they go out of their way to cast attractive actors/actresses, but I just don't see it at all with her.

Speaking of putting three books into one movie, the movie adaptation of A Series of Unfortunate Events did just that with the first three books and it turned out to be a pretty good movie in its own right... and not just because of Jim Carrey...

Darth_Payn said:
All these similar sounding YA Dystopia series remind me of the Simpsons episode that revealed how all those kinds of books are REALLY written, guest starring Neil Gaiman as himself. I remember pointing this out in one of either Yahtzee or MovieBob's videos.
Click to expand...

I was just watching that episode just the other day, actually... 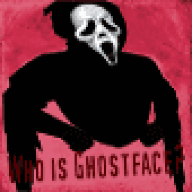 I went to see this last night with a friend because she'd seen the first and seems to be a fan of these future dystopian type things. It's really quite bad. I hadn't seen the first, but I picked up on the general plot pretty quickly. It was all over the place. All of their efforts just seemed so pointless. The whole plot seemed arbitrary to the larger direction of the series. Basically it's all based around opening a box which, as it turns out reveals a wildly uninteresting secret to the protaganist.
Ah Shailene Woodley. I don't see the hype with her performance which has been hailed by a fair few people as one of the saving graces of this movie. I broke out laughing at her more and emotional and dialogue based scenes they were so forced. I mean the other 90% of her role was jumping around the place in bad action scenes. She's really not a great actress in my opinion.
Basically the whole thing made me cringe. It was just poorly written garbage piggy backing on the success of Hunger games and the like. One of the few movies where I feel as if I'd like my money back. I don'y know if the books are this bad, but after reading the plot on Wikipedia, I don't intend to find out.
I actually love the Hunger Games movies as poorly written as the books are, but at least their movie adaptations were well directed.

Wait... isn't Divergent only like about 8 months old at this point? I swear it came out last summer, and not even early in the summer.

Geez! How much of a half-arsed job does everyone involved in Insurgent have to do to make a sequel that fast? And that's not even getting into the why? Even if you planned a series... Hell, even if you were already halfway through the second one when the first went to the box office, surely Divergent didn't do well enough to justify 3 sequels' worth of time and money?! I know a great deal of Hunger Games fans, but I know maybe 2 people who saw Divergent, and I don't think either of them were very psyched for a sequel.
T

My basic opinion is that this entire genera needs to die horribly. It always amounts to the same basic metaphor for some kid who feels they don't fit into society finding their own path. It's something most kids can relate to, taken to an extreme via science fiction and fantasy. The problem of course being that since everyone feels that way it doesn't work all that well when done constantly, since there is literally nothing special about being a kid who feels they don't fit in or are playing a role. In real life kids grow up and suddenly "get it" and fit into society and of course continue to perpetuate a system which actually does exist for the greater good, but rarely does the equivalent of that happen in most of these kinds of stories, rather everything gets torn down, and then the story ends because of all the "potential" without bother to explain how things go from there since nobody seems to have any kind of real plan and anarchy really isn't all that wonderful.

To be honest some series like "Buffy The Vampire Slayer" and "Revolutionary Girl Utena" managed to more or less cover this material and do it well, and those kinds of series seem to be what they are trying to emulate in a lot of these books being turned into movies. The thing is that those series did it well, and were not quite as anti-order and anti-societal, and what's more both characters ultimately grew up, and Buffy in particular continued on with showing what that meant in the last couple of seasons with it's recurring metaphors.

These stories were cool for about 15 minutes but they have become over done and need to be given a rest. Insurgent, Hunger Games, The Maze Runner, The Maker, all variations on the same basic premise that all seem to be hitting the same basic note and message along the way.

For a while I actually thought young adult fiction was doing quite well, as it seemed to be where a lot of creators ran to after adult fantasy and science fiction became more regimented and locked into formula writing, but the same basic things have been happening here.

See, if they wanted to be profound about the whole thing and follow the metaphor through, the period of teenage rebellion needs to come to an end along with understanding about how the world works and why things are the way they are. Something like "The Hunger Games" would end with the twist ending that Katniss decides the rebellion is wrong and keeps the system she was opposing in place for the greater good, understand like most adults that the world sucks, but what your looking at is better than say tearing everything down without a plan, and that anything you put into place to replace it is going to have to deal with all the same kinds of issues over time and wind up in much the same place. In just about every case you see a society that is ultimately functioning with the overwhelming number of people existing more or less comfortably, not everyone, but what appears to be a majority, and this includes "The Hunger Games" where even the people in The Districts don't exactly seem to be starving even if they aren't as well off as those from the Capitol. I suppose despite the metaphors "The Maze Runner" represents a sort of exception even if the formula is the same as that seems to be the most outright post apocalyptic setting. Of course telling a story like this right and having it still end well would of course involve an entirely different setting than most of this style of fiction uses since they wind up going too far, too fast, and sets the good guys and bad guys solidly enough early on that at the end of the day things are going to suck sometime after the final page turns no matter who wins, so it's better to gloss over the long term repercussions.

It is a troubling sign when The Hunger Games are the best received films in this YA genre (not to mention the YA Dystopia genre). It's not like it's inherently bad or anything, but if you're stuck with crappy source materials why not... you know... NOT be faithful to the book?

Alas, good job at managing to get two pages of information about a film that's a sequel to a film that had fuck all to add to its own genre.

So basically if I wanna see a movie revolving around someone special I should watch Lego Movie again?


Haven't even watched the first one, doesn't look like it's a franchise worth catching up on.

Is Avengers here yet?

Every new movie that lands with a plop full of 'meh' just makes me want that insane roller-coaster ride all the more.

The Divergent series of books were the worst book I ever read. The story and writing quality were atrocious. Worse than Maze runner, worse than Xanth, worse than Eragon, worse than The Secrets of the Immortal Nicholas Flamel. I find the opportunity cost of this movies existence offensive.
Show hidden low quality content
You must log in or register to reply here.
Share:
Facebook Twitter Reddit Pinterest Tumblr WhatsApp Email Link
Top Bottom