​
Pokemon Black & White Versions are well on their way to becoming some of the best-selling DS titles of all time.

If there is a single person on this planet who didn't think that Pokemon Black & White would sell like crazy - even before the two versions became the most-preordered DS games of all time in Japan - then that person is officially a ninny.

Nintendo has revealed that the fifth generation of Pokemon games - which some are calling a "reboot" of the franchise thanks to the new setting and entirely new roster - sold 2.63 million copies in its first 48 hours on shelves. In comparison, Pokemon Diamond & Pearl sold a paltry 1.58 million copies in a week back in 2006.

Pokemon HeartGold & SoulSilver together were the second-best-selling games of 2009 in Japan (#1 was Dragon Quest IX, natch), racking up 3,382,597 units sold in the year. At this pace, it won't take long for Black & White to catch up.

Now, what sucks is that everyone else has to wait for it to come out or import it. 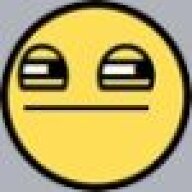 Psyched for it though.

And I hope that people who got a copy enjoy it.

Wait... What was that intro about? A king? What? And how come it was english at the end? My brain hurts.

OT: It has got me interested. I didn't like Diamond and pearl because to be frank, they had nothing going for them. Controls weren't brilliant (Had to hold still to use touchscreen for the USELESS applications) and it was the same thing. This is changing the game...

The pokemon in that video always reminds me of Dr Robotnik. I look forward to playing the new games, but not sure how i'll cope remembering the best tacticks for each of the new pokemon.
I

I thought this news post was about how Japanese people were dressing up as Lady Gaga in order to get the game...

Pokemon Black & White will undoubtably become the best-selling DS game worldwide. They'll be saving a spot for it in the Guiness World Records as I type.
J

If you honestly think that, then you're just more the fool.

I don't think I've ever seen a positive post from you, ever, by the way. It must take some serious effort to be that whiny and negative all day. 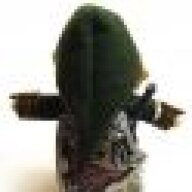 Never been a Pokemon fan, played the first one for gameboy and beat it. Never had the urge after that so I never will understand the craze.

I haven't played a Pokémon game since I sold my Emerald, but now I'm conflicted about if I should try a Gold/Silver remake or wait for Black/White. 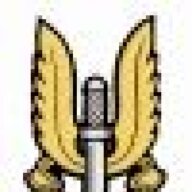 Well, now you only have to wait for it to come out :/ ,also they call it reboot I call it Digimon.

Imported White and already have 2 badges and 1 Legendary x3

It's a really good game and I've got Black and White pre-ordered. There is a big emphasis on friendship in this one: you leave the home town with 2 friends. Also new to the franchise: the first battle is against the starter whose elementally weaker! The scenery is great too; fish swim to the surface of lakes, Pokemon will make tufts of grass rustle, rock-slides in caves yield hold-items and, there are certain areas where you can fight 2 wild Pokemon at the same time.

I'm done gushing...bring on the fire!

groovy
so when's it coming to the US?
as soon as a release date is given I'm going to pre-order both (Black for me, White for my Brother) 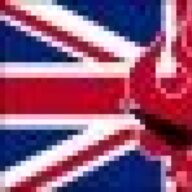 Who Dares Wins said:
Well, now you only have to wait for it to come out :/ ,also they call it reboot I call it Digimon.

I laughed, I might just pretend it is a digimon game, what with the entire new stock of pokemon, I mean Digimon...Damnit

JediMB said:
I haven't played a Pokémon game since I sold my Emerald, but now I'm conflicted about if I should try a Gold/Silver remake or wait for Black/White.
Click to expand...

Who Dares Wins said:
Well, now you only have to wait for it to come out :/ ,also they call it reboot I call it Digimon.