DTWolfwood said:
Has anyone created a website to publicly black list developers/studios that do this kind of shit?

Would be a very short list unless you added a "out of business" category
Click to expand...

That would be good also.

If it is a short list, it still serves as a warning. Either way, a way to call them out on their bullshit in a popular and public way will be a good thing for consumers.

The developers of Hydrophobia gave you shit for a bad review, Jim?

I was late to that party, but I picked that game up when it was on a PSN sale for $2. I *still* feel I was ripped off. The only thing that game had going for it was impressive water physics (that didn't really come into play until the end of the game), and they had the nerve to quash criticism of their horrendously animated, glitch-ridden, enemy pop-in fuckweasel of a game? 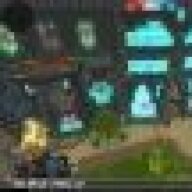 Ima Lemming said:
I got into a row [http://www.codiekitty.com/MOREC/misc3.htm] with an indie developer who released their terrible game (which also included plagiarism in the form of doctored sprites from Final Fantasy IV and Chrono Trigger, and a line pinched from Yahtzee's Witcher review) on actual Sega Genesis cartridges instead of a more mainstream outlet (though a port of it has been Greenlit).

Still, those guys should be counting their lucky stars that they've managed to stay far enough under the radar enough that they're answering to a nobody like me and not somebody like Jim Sterling.
Click to expand...

Yeah, though I hear most reviewers actually liked the game. I have seen why you do not (and perhaps you would compare it to this http://www.lemon64.com/?mainurl=http%3A//www.lemon64.com/games/details.php%3FID%3D3135 ) and like you for it, though I still wonder what you have to say to the more mainstream critics that like it though, mainly as they have more influence on the general gaming community than you.
Click to expand...

I have found two [http://rpgfan.com/reviews/Pier_Solar_and_the_Great_Architects/index.html] other [http://www.1up.com/do/blogEntry?bId=9117291] reviewers at major game sites who disliked it, though not nearly as much as I did. Granted, one of them spent his entire review complaining about it and still gave it a 69%.

As for why just about every other review of the game is positive, imagine if Twilight had been marketed in such a way that only teenage girls heard about it. Or if Muxwell had only made Earth: Year 2066 available to his friends.

I haven't played Zak McKracken, but since the developers never marketed their game by dredging up an embarrassing 20-year-old console war, nor insulted the competition while ripping it off, nor asked their friends at a major computer gaming website to nuke a poll because people were "trolling" it by giving the game low scores, I'm inclined to think any flaws it had were the result of developers who were just misguided instead of arrogant.
Click to expand...

I still am wondering though why they would want to make a JRPG though. Seeing as the Sega Genesis was mainly so successful due to their great (but nowadays indeed heavily outdated) western marketing division and the fact that EA decided to reverse engineer their system instead of the SNES it probably would have been better suited if it was a RPG like one that EA would have made (think of games like The Bard's Tale).

Also, who cares if the Genesis can pull off Mode 7. Games like Spectre for the SNES have shown that the SNES is capable of displaying polyons in a 3D world without slowdown.

On the one hand, I feel like certain Indie developers can get a lot of hatred and bile spewed at them, mostly for taking any kind of stance other then pandering or appealing to young, hetero white dudes, and that's unfair... It makes me all the more angry, though, to see some people use this argument to defend themselves and invalidate criticism of any kind. It's like quality control, more then ever before in the gaming industry, is a freaking nightmare now, and THAT'S saying something.
Show hidden low quality content
You must log in or register to reply here.
Share:
Facebook Twitter Reddit Pinterest Tumblr WhatsApp Email Link
Top Bottom