Why do gamers defend their favorite titles from criticism with such volatility? According to some, it's because they don't want to see their genitalia removed. 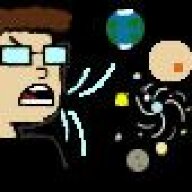 Jim, my dearest Jim, WHERE THE FUCK DO YOU GET AL THESE STOCK PHOTOS OF COSTUMES, or at least where did the idea come from.
M

I love how Saints Row lets you design your avatar to look exactly like you.

Saints Row IV seems to be receiving a lot of "pre-hate", at least what I've seen so far, mostly because of story and gameplay changes. Despite that though I wonder how much it will come up here. 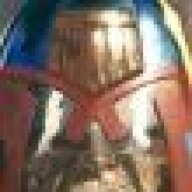 Asking artists to break away from tired, stereotypical ideas and accept harder challenges leads to originality? This is baseless pseudo-science.

Now I need to play Saints Row.
Thank you Jim.
You on your own, are the best advertiser any game needs. 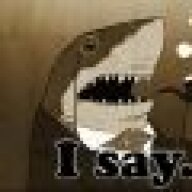 I don't think Saints Row is the best example to use. A game where you can create your own character shouldn't be compared to a game where the characters are already created for you.

Also, people might be worrying that characters like the sorceress wouldn't be allowed if detractors got their way, which would be stifling creativity somewhat.

More character diversity would be nice though.

The only thing I got out of this episode is that I should get Saints Row 4. The footage he was showing looked all kinds of insane.
T

Y'know, a thought just hit me based on what you said, Jim. What genres of games would benefit the most from a little creativity coming from people just coming in?

The only problem I have with using Saints Row as an example is the fact that the Player Character is a Customisable Avatar. While fine for RPGS, Sandbox Games and other games with a custom PC, it doesn't really say much about games like Red Dead Redemption or GTA V where the characters/story are written specifically to the one intended vision of the designers for those characters.

This may be irrational of me, but given the current mentality to design and events like Retake Mass Effect, isn't there a risk of a precedent that will only result in another set of checkboxes for developers to make their games 'acceptable'? Don't think I disagree with the spirit of your argument, I just think there needs to be a caveat about this being for encouragement of new ideas and not to be interpreted as something to be expected from the get go of a games inception.


Did any of what I said make sense?
A

Being more inclusive "when done right" - as was mentioned several times - does indeed encourage creativity.

With GTA-V the complaint is there isn't a female character... the question to the response is "Why should there have to be?" because is there some quota that is not being met somewhere? I am not aware of it.

Picking apart individual games for industry trends is, for all intents and purposes, a dick move. It's essentially the same as "making an example" where in some criminal cases an individual will be handed a far harsher sentencing than would otherwise be deserved in an effort to "send a message" to other would-be criminals. While one can see the appeal in the attempt to fight a growing trend... what of the sentenced individual? They just caught a rap far in excess of the actual "crime", their punishment was compounded for reasons outside of their control and because they just happened to be the unlucky schmuck who got the attention of the judge or social group who want to make a name for themselves.

And to be fair, Saints Row doesn't exactly have need of a character driven story. Your cis/trans/male/female/straight/bi/pan/white/asian/black/fat/thin/buff/weak/short/tall character is going to behave essentially the exact same as the next cis/trans/male/female/straight/bi/pan/white/asian/black/fat/thin/buff/weak/short/tall character.

The hand-drawn art sprites of Dragons Crown or the voice acting and story of GTA-V are not so interchangeable.

Monxeroth said:
Its really only neutering in some cases in the sense that: Oh, we dont get to have a G-cupped playable character in this game, OH NOES MY CREATIVITY.

Then again on the other hand in some cases it does have a fair point to dismiss the criticism when its not relevant in any way to the actual game.
For example: Does the sorceress breasts somehow lower the quality of the game? No, no it does not. Only mechanics and actual faults with the game can lower a games overrall quality in my opinion, not subjective personal nonsense like the artstyle not being appealing or the music not being received well by some. Whether you like something or not, its not a valid reason to critique a game for.

"How dare someone make a game with an artstyle that i dont find personally appealing, this game sucks"
Click to expand...

The BEWBS controversy is a giant red herring to begin with. It's a setting where everything is a grotesque. The real issue is in the games where there's a slimy film of hate towards everyone else that extends beyond idiots in multiplayer. The games where there are no women except to be protected or used for shock value. Where you're expected to just take "they're brown or foreign" as excuse to begin shooting.

These issues don't get addressed when people yell about BEWBS being bad and why you're a terrible person for not demanding bigger BEWBS.

Saints Row for all its flaws is a series that has women from competent to "low-functioning burnout", an ambiguously-gay intellectual black dude, and an "it's not important" main character who is so good at killing the world considers them a sociopath.
N

Ninjamedic said:
The only problem I have with using Saints Row as an example is the fact that the Player Character is a Customisable Avatar. While fine for RPGS, Sandbox Games and other games with a custom PC, it doesn't really say much about games like Red Dead Redemption or GTA V where the characters/story are written specifically to the one intended vision of the designers for those characters.

This may be irrational of me, but given the current mentality to design and events like Retake Mass Effect, isn't there a risk of a precedent that will only result in another set of checkboxes for developers to make their games 'acceptable'? Don't think I disagree with the spirit of your argument, I just think there needs to be a caveat about this being for encouragement of new ideas and not to be interpreted as something to be expected from the get go of a games inception.


Did any of what I said make sense?
Click to expand...

One of the best things about SR is that well the character is very customizable they also come with a lot of character. The boss is defined she has traits and flaws. With 3 games under her belt she even has a rather impressive back story. It's not like in TES where you make a character with no backstory or any personality then what you imagine. SR gives you a character with backstory and personality then lets you fill in the aesthetic. That is just a little aside about SR.

Just goes to support what I've always said.
The day every game has a character creator, will be a great day for us all.

I both agree and disagree.

I agree with the point you are making, but at the same time you seem to be countering a point that doesn't seem to be exactly the one being made (at least from what I have really seen).

When I see people complain about games being restricted I don't see them meaning in the sense that they will have less creativity. They tend to mean that they will have less creative freedom. That by caving into people saying "This is bad" or "You shouldn't be doing that" they are paving the way for people to dictate what developers can and cannot do. That would be stopping developers from making the games that they want to make and they will end up only making games that the loudest people want made, so as not to get any backlash from it.

I suppose the Mass Effect 3 ending is a good example. They chose to make the ending as it was originally and people complained about it extremely vocally. So they released the extended cut. Many people argued that by caving into the people complaining the developers gave up their creativity, because they didn't make the ending that they thought the game should have, they gave in and created the ending that the complainers wanted.

I think the fear is that if enough people start complaining about certain features in games, it will become considered socially unacceptable to have those features at all. In some ways that is actually a valid point. If people complain non-stop about sexy female characters, then eventually they are going to stop being made at all, because developers don't want the constant outrage over it from tarnishing the games reputation and giving it negative press.

It is a similar point to the one you made last week in fact. Developers don't want their fans ruining their success by harping on at a single negative review, and likewise I sincerely doubt that the creators of something like Dragons Crown wanted people only going on about the female character designs. They put a lot more into the game than titillation (I am assuming here, I haven't played the game nor do I particularly want to) so by people only dragging down the discussions to complain about the boobs, they might be put off creating such designs in the future.

People often say they don't wish to stop these kinds of things being made, only to have more choices and variety when it comes to games. A much better way of doing this is to praise the ones you like, rather than rant and rave at the ones that you don't. If people who like buxom characters praise them, games will have them. Likewise if people prefer their female characters more reasonably proportioned, then they should be discussing them and praising developers when they do make them. This will encourage them to make more.

Which doesn't happen very often to be honest. Even when developers do make decent characters to appeal to a wider audience they still get complaints. Tomb Raider, Bioshock Infinite and The Last of Us all got sexism complaints based around how they created their female characters, and how is that going to encourage more variety? It's just going to put people off and in many ways that does dampen creativity.