Preorder culture expects gamers to trust developers more than ever, but how does that work when they inspire so little faith? 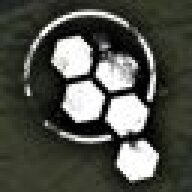 Bungie's new game 'Destiny' has only just been properly announced, has had no gameplay revealed and we hardly know anything about it. But on Bungie's website it takes you to the Amazon page where you can pre-order the game for $59.99 (with no release date) and you can even buy 'Destiny' hoodies, shirts and merchandise. Some of this merchandise even costs up to $150.

I like how pirates will bundle all the exclusive pre-order bonuses from ALL the stores into the download.And yeah, I don't trust Gearbox anymore, which is sad. 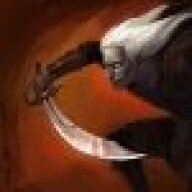 The problem is that the proportion of game buyers that could be called "discerning customers" is a tiny, relatively insignificant section of the people that buy games.

Some people only learn about upcoming games from advertisements and pre-order incentives from GameStop.

I completely agree with this one, but the sad thing is that there will be so many who don't. Who for some bizarre reason think you can't "really be a fan" unless you take everything they say/promise as Gospel. Or if you do point out that they are doing anything wrong you will be told that you are "Just trying to be cynical/edgy."

I am not sure why gaming seems to be exempt from so many basic consumer rights and advertising laws to be honest. Or why people seem to think that it's okay to be like that.

Actually, if a game has a ton of pre-order stuff... I usually skip it completely. And I don't mind paying a lot for collectors editions that include everything.
As for season passes - never bought. This is ridiculous. Also, again - season pass usually warns against buying the game.

@yellowhead Destiny is most likely shit. Like a cross-breed between MAG and Halo Reach.
H

That video should be shown in cinemas, instead of the ORDER NOW CRYSIS 3 clips.

I still have my trust in anything from Runic Games and Retro Studios, but aside that fact, I agree eminently with Jim's statements.

Plus, the games I've preordered are from Japan, theres already videos of the final product but in moonspeak. 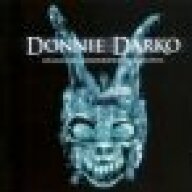 I'm glad my local gaming store don't charge for pre-orders, so there's really no drawback to pre-ordering a game you're excited for. I don't live in America, though, and I don't know how usual that is...

Pretty much the only companies that I can trust now for preorders are Atlus and Bethesda. Which is funny, because I know when I get a Bethesda product, I know it's going to be buggy. 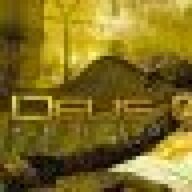 I can't imagine pre ordering DLC, although I have done a few Preorders when I thought I would get a cool bonus (new weapon, level, ect.) However as time went buy I noticed that they just started selling the "exclusive pre order DLC" later, which I can buy while still retaining a profit if I buy used. I remember Hitman: absolution saying that its sniper challenge was for pre orders of the game only, then it came out as a bonus again for the HD collection, I think I'll just wait till they just put it for sale on the PSN. 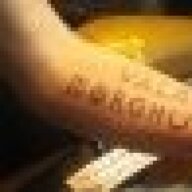 I ALWAYS check multiple online reviews about a game I'm interested in before I go out and drop the cash on it. I've been burned too many times on a game that looked solid and proved to be utter shit.
K

True, but at least bethesda bugs are usually just funny.. like that one in New Vegas with that dog at the starts eyes

I've been playing video games for some 33-34 years now (yes, I'm an old-schooler). However, these days I find my gaming time spent more playing adventure or strategy board-games (First edition Descent: Journeys in the Dark (I own all the expansions, and it's out-of-print, now), Arkham Horror, Munchkin Quest, Eclipse, Rex, etc.) and pen-and-paper RPGs with friends. More fun, less bullshit. However, to be fair, many of the negative aspects of the gaming industry that Jim stands at his podium to sermonize over seem to be isolated to the AAA market-space of video games. Once you exit from that realm, things are much, much brighter. Pretty much, the Triple-A segment needs either a serious enema, or it needs to be out to pasture and shot for it's own sake to put it out of our misery.

ADDENDUM: Indirectly, what I'm saying is the same thing I always say (and will continue to say until people finally get it): just stop buying it. Companies only ever hear and understand two sounds, the creak of your wallet opening and the slap of your wallet closing. All other sounds are considered noise to be ignored. As long as the gaming community continues to reward the bad practices of publishers and developers with a showering of money as soon as they announce the next shiny-graphics calculator engine disguised as a game, they will continue with those bad practices and push the edge of how much they can get away with. Vote with your dollars and just stop buying it. If the industry must collapse to flush out the crap, then so be it, but, at some point, a line must be drawn.

I also remember hearing on the Escapist(I'm sorry, I can't remember who said it) that most(if not all) of the things they give you for preordering will just be up for sale later.

And if you ask if that will happen, everyone will try to say that it won't.

It really is best to wait until something is reviewed before you get it.
Also, it is bull that the consumers are the ones who have their loyalty in question when the people selling the games are saying crap like that.

Thank God for you Jim.
V

I've made some preorders, most of them have been niche rpg's and fighting games. Stuff that doesn't have long shelf life and after it's gone it becomes almost impossible to find. I don't think there's any studio I trust anymore since Relic Games belongs to Sega now and I don't trust those guys as far as I can throw them.
V

I think 11bit studios just dropped their deal at a bad time. While I'm not a fan or even a player of their games(I will say I tried Anomaly: Warzone Earth just to see what their games were like though) I think their tactic is a little more sound. They just want 7.50 and from my understanding, they just want it from hardcore 11bit fans, if they exist. It's hard to even lump them together with Gearbox since they had a demo and press while 11bit is only showing a cutscene.

To this day though, the only game I pre-ordered, that I remember, was Mass Effect 3. That was mainly because everyone else was doing it, I got 1&2 off of Steam on a discount and loved them, and I wanted some of the pre-order stuff. Nothing else has really grabbed me to that point.

I pre order games I'm 90% sure I'll like, like GTA V but games like Borderlaands 2 are primes examples of why I won't be buying any season passes.