Ken Levine wants to assure that promised DLC is coming, just not yet.

Sometimes you're damned if you do and you're damned if you don't. Take videogame DLC, for instance. Gamers tend to have a muddled relationship with downloadable content. DLC that comes out too soon following, or on the same day as a game's release, for instance, is prone to <a href=http://www.escapistmagazine.com/news/view/123194-Bethesda-VP-Defends-Day-One-DLC>incite anger in consumers who feel developers may be trying to swindle them out content that should have been included with the primary product. On the other end of things taking too long can apparently earn you similar scorn.

Irrational Games and Ken Levine, the studio and man behind the Bioshock games and, most recently Bioshock: Infinite, have learned this fairly well in the months since the game's March 2013 release. Some fans, especially those who purchased the <a href=http://www.escapistmagazine.com/news/view/122296-Irrational-Announces-Bioshock-Infinite-DLC-Season-Pass>game's DLC season pass, have been wondering when they'll see their investment pay off. Levine aware of the growing anticipation for new content asked fans to be patient via Twitter. "We are working on it- have been since the game shipped," said Levine. "Things are going well, but plz understand: game development takes time."

Sadly, Levine's comments included no timetable for a release of the in-development DLC. That said, it's currently only been three months and, considering that Bioshock: Infinite itself was well worth its years long wait, gamers can probably muster the patience to wait and see what Levine and company have in store for them. In the mean time, if fans just feel the urge to buy something related to the game, the <a href=http://www.escapistmagazine.com/news/view/125410-BioShock-Infinite-Columbias-Finest-DLC-Hits-Steam>Columbia's Finest equipment DLC just launched and can be purchased for $4.99. It's not story content, but you never know, a few new weapons might tide you over.

The news that it exists and is being worked on is enough for me personally. I'm sure that it will be revealed in due time and I can't wait to see what it is.

I'm cool with it, it means that the DLC should actually be quality content worthy of the game and not some contracted or side-team thing that's rushed out to fit on the disc to be sold on the first day. I think this is why Bethesda didn't do season pass, people would be pretty ansy as to why the vampires thing wasn't out yet, and how "that totally wasn't worth the pass investment". Just release them, and let people buy which ones they want.

I think most people who buy season passes understand that DLC takes time, but a season pass is a show of faith from the consumer to the developer. They should at least be giving time estimates on the DLC or be doing more than telling their fans that "things are going well but shut up, k".

Season pass owners already gave you their money - throw them a bone.

As for Infinite being "well worth its years long wait"? Ehhh...

This is sort of a Catch-22 problem: too soon or too late and gamers will complain about both. However, most of the DLC that I've enjoyed the most came out 6 months-1 year after the original game was released. I don't want weapon packs or that horrible Mad Moxxi from BL1, give me something decent. I'd much rather wait, with confirmation, for a DLC to be released than have it be rushed or (worse) have it be developed for Day 1.

If people paid for a season pass that will allow them to get all the DLC then they should get the Columbia's Finest DLC. It is kind of what they paid for.

Anyway I think Season Passes are a pretty bad idea. The only "season pass" I ever got was for The Walking Dead. And yeah, I was annoyed at it taking so long to come out on PS3 in Europe.

This is why I am wary of season passes, sometimes you don't get told what you are paying for or when it will be available. I'd much rather wait until the details are available and choose whether or not it is worth my money. If I end up spending more money than the season pass then at least it is supporting the developers who make good content that is worth paying for.

Good that it's being made, seeing as how this was the first game I've ever purchased a Season Pass for it would be disappointing to not have any DLC for it... 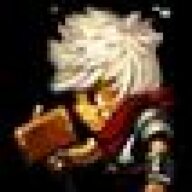 totally cool with it. Just means that they did not just take something that was already in the game.

This is why I don't buy season passes. Well, with the exception of Borderlands 2 but only because it was on sale for $10, and it already had 3 expansions out.

Just don't buy it, wait for the stuff to come out, then buy it if it looks interesting. Really don't get buying something when it's offering nothing at the moment. But if that's what you want to do, then more power to you, I guess. Just be wary. 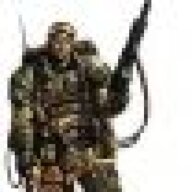 This whole season pass malarkey is a bit suspect. Is it too much to ask that game developers earn our money before they take it from us? Props to Levine and Irrational though for taking their time with this. Good things take time!

Honestly, I don't care if I have to wait till next year to get DLC, as long as it doesn't suck and brings down the value of the game. The game itself is amazing and left me more then satisfied, and it'll be even better if the DLC matches the amazingness of the original. I trust these guys, and I'm glad I picked up a Season pass. Looking forward to it.

I'm so glad I didn't buy Infinite because of the Season Pass.